Ancient Mixtec Skull Turns Out To Be A Masterful Forgery

A beautiful yet macabre 800-year-old Mexican skull decorated with turquoise mosaic and believed to be a rare example of Mixtec art has been determined to be a masterful forgery that has fooled experts for over 50 years. Did the owners save the receipt?

The skull was believed to have been made by artisans from the Mixtec people who lived primarily in the La Mixteca region of Oaxaca and Puebla during what is referred to as the Postclassic period of Mesoamerican history from 1000-1697 CE. The Mixtec people were artisans who were well-known for their works with stone, wood, and metals – especially gold. They were also known for decorating skulls and masks with turquoise, pyrite, gold and obsidian. However, only 20 of the skulls are known to exist today … make that 19.

In 1963, the National Museum of Ethnology in Leiden, the Netherlands, paid $20,000 for one of these skulls and placed it on display as a masterpiece of ancient Mesoamerican art. The face of the skull is inlaid with small turquoise, shell and mother-of-pearl tiles and the forehead has a snake made with larger tiles. 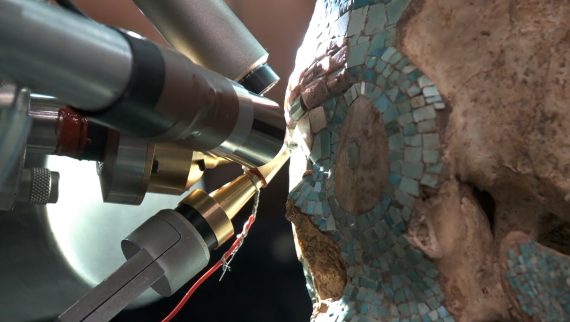 Forgeries are common in the art world and museums are always looking for evidence to support the validity of their collections. Unfortunately, museum conservator Martin Berger received a call in 2010 warning that his Mixtec skull might be a fake. An investigation was initiated and the results are finally in.

Radiometric dating showed the skull and the turquoise are from the correct time period and origin and are authentic, But alas: further investigation showed a 20th-century glue was used (to mount the mosaic). 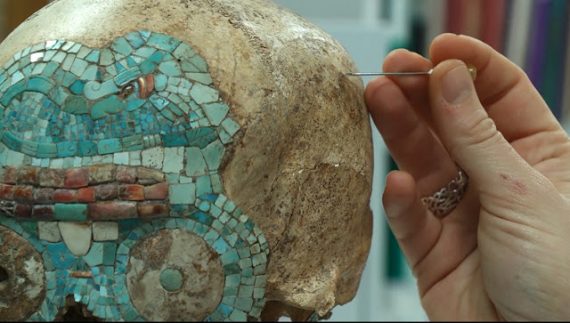 The museum’s website also revealed that the teeth of the skull looked too white and cavity-free to have been underground for centuries, so they’re obviously ‘false teeth’. 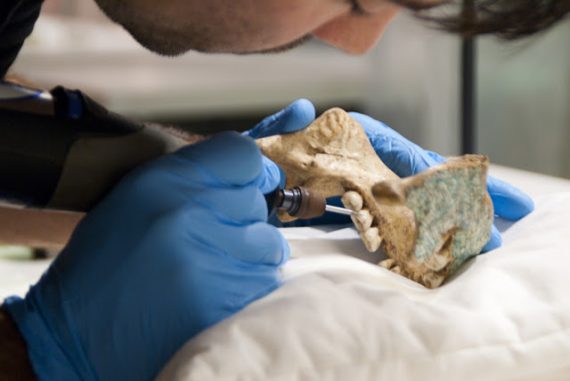 Who would do such a thing? The investigation – especially the fake teeth – led to a well-known Mexican dentist in the 1940s or 1950s with the skill to make realistic artificial bone and the desire to pad his income during a time when Mexican archeological sites were being looted and Mixtec art was hitting the markets, both legitimate and black.

Being a smart museum conservator, Berger plans to keep the stunning artwork on display and just change the sign.

New Tech Takes Us One Step Closer To The Matrix