Beware of the “Indian Devil”

Just one year before the dawning of the 20th century, a very weird-looking beast was seen in the wilds of Alaska. The witnesses to what became known as the "Indian Devil" were Alfred L. Dominy and a fellow explorer with the name of Weyhrich. Dominy wasted no time in contacting the media - specifically to (A) share the details of the affair and (B) see if anyone could provide answers regarding what it was, exactly, that the pair encountered. The story began as follows: 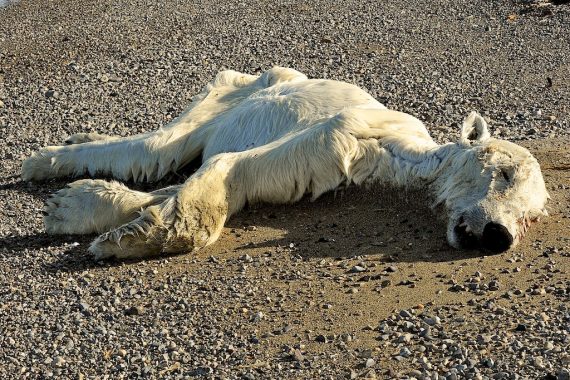 "In the spring of 1899 myself and partner were going up the Francis River when we came across an animal which apparently had been drowned and left by high water on a gravel bar. It was about the size and shape of a small bear, would weigh about 300 pounds, snow white, hair about the same length and thickness as a bear's, short stub tail, heavy neck, head, teeth and ears like a wolf, legs short, not over a foot in length, and feet and claws like a large dog or wolf. Mr. Weyhrich and I examined it thoroughly, but were unable to determine what it was. I am satisfied there are still living specimens of the same animal further to the north."

The story continued: "The following winter while hunting near the lower end of McPherson Lake I came upon queer fresh track which crossed the trail where I had been not an hour previous. The snow was pretty deep, and owing to the animal's short legs it was dragging its body through the snow. Satisfying myself it was the same kind of animal I had found dead farther south, and being on a good pair of snow shoes, and this animal plowing through the snow, I thought it an easy task to overtake and capture the snow plow, as I called it. 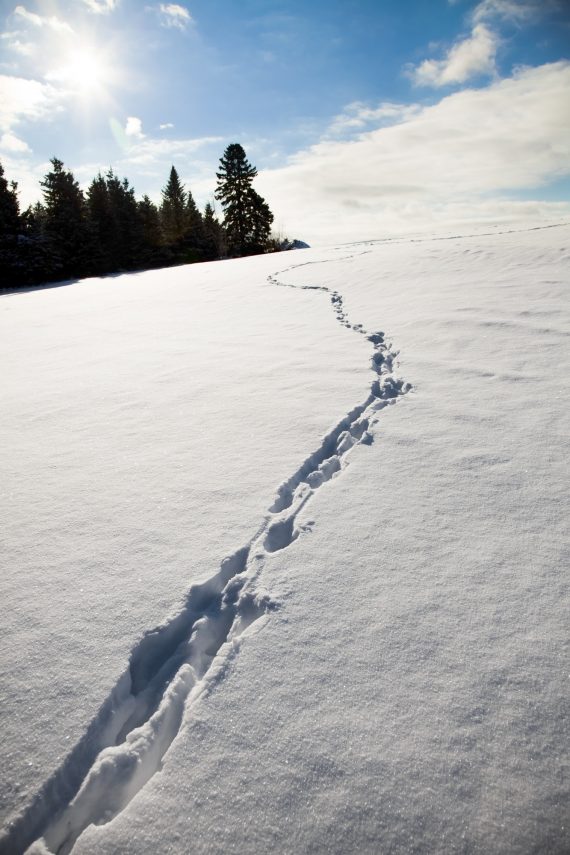 "I found it could plow snow and then beat me. After following it the entire length of Lake McPherson, about seven miles, and two or three miles up a small stream that flows into the north end of McPherson, darkness overtook me and I had to camp for the long night. I saw tracks afterwards but never gave chase again." Then, things took on decidedly ominous tones and pushed the story down a definitively paranormal path. Dominy said:

"When I saw Indians the following spring near Deace Post, I described the animal to them, but could get no satisfaction out of them. They declared it was an Indian devil, said it had no heart and could not be killed by shooting: had the power of changing into the form of any other animal it chose. They told wonderful tales of its ferocity, and endurance. The Indians are very superstitious about it and seldom if ever visit this particular locality. It is carnivorous and not hibernating, as I saw signs of it during the entire winter, while the bear were taking their long sleep under the snow. What was it?"

That is a very good question...