China Claims to Have Working EmDrive Already in Space

While we’re down here still arguing about whether it’s possible or not, China officially announced it has already created a working EmDrive and the electromagnetic fuel-free thruster is currently being tested onboard its Tiangong-2 space station. Is this a working warp drive capable of turning Tiangong-2 into the Starship Enterprise? Has China left the rest of the participants in the space race in its EmDrive non-exhaust?

The announcement was made on December 10th at a press conference in Beijing by Li Feng, the chief designer of the state-owned China Academy of Space Technology (CAST) communication satellite division. He confirmed that five years of government-funded research into propellantless microwave thrusters has resulted in a prototype EmDrive that is being tested in orbit on Tiangong-2.

So, how’s it going? Will China’s EmDrive be propelling a ship on a quick 10-week jaunt to Mars anytime soon? Speaking like an engineer rather than a government spokesperson, Li Feng admits there a few challenges still to be worked out. To achieve that kind of speed, the EmDrive needs much more thrust than the millinewtons he says the prototype is generating. Hey, at least it’s thrusting something, says the government’s cheerleader, Dr Chen Yue, head of the communication satellite division at CAST.

The establishment of an experimental verification platform to complete the milli-level micro thrust measurement test, as well as several years of repeated experiments and investigations into corresponding interference factors, confirm that in this type of thruster, thrust exists.

A newton is the amount of force needed to accelerate 1 kilogram of mass at the rate of 1 meter per second squared. The thrust of a fighter jet is 130 knewtons … so China’s EmDrive has a long way to go to go a long way quickly.

Is there really a working EmDrive on Tiangong-2 or is China just trying to top NASA’s release on November 20th of its peer-reviewed long-rumored EmDrive paper which revealed that its EmDrive was tested in an Earth lab and produced thrust in a vacuum? No demonstration was included with it so the peer review merely confirms that the argument presented is sound. It’s not quite the same as a working prototype, but the Chinese press conference doesn’t appear to have included a demonstration video either. 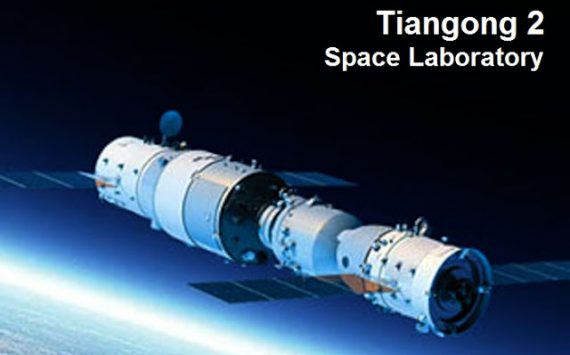 Has China successfully tested an EmDrive on its space station? We can’t tell from this announcement. If they have – even on a small scale – it means the Chinese space program (and its military) will be able to build cheaper, long-lasting satellites with improved stability and control. That makes them better for surveillance. A bigger EmDrive puts China at the forefront of travel to Mars and beyond.

Will NASA make a counter-announcement? Is the EmDrive the new center of the space race? Does either Elon Musk or Jeff Bezos already have one in a warehouse somewhere?