The idea that crocodiles might be living in Ireland stretches credulity not just to its limit, but way beyond it, too! Nevertheless, creatures that at least superficially resemble crocodiles have been seen and reported across the land and for centuries – and particularly in Ireland's lakes and loughs. A fascinating account of just such a monster was chronicled by Roderick O'Flaherty, in his 1684 book, A Chorographical Description of West or H-Iar Connaught. The location was the waters of Lough Mask. O'Flaherty said:

"There is one rarity more, which we may term the Irish crocodile, whereof one, as yet living, about ten years ago (1674) had said experience. The man was passing the shore just by the waterside, and spyed [sic] far off the head of a beast swimming, which he took to be an otter, and took no more notice of it; but the beast it seems lifted up its head; to discern whereabouts the man was; then diving swam under the water till he struck ground; whereupon he run out of the water suddenly and took the man by the elbow whereby the man stooped down, and the beast fastened his teeth in its pate, and dragged him into the water.” 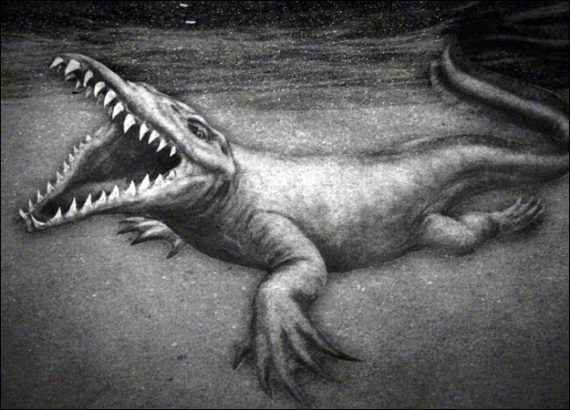 What had begun for the man as a sighting of an unusual animal, was now nothing less than a fight for life and limb. O'Flaherty continued with his extraordinary account: "Where the man took hold of a stone by chance in his way, and calling to mind he had a knife in his jacket, took it out and gave a thrust of it to the beast, which thereupon got away from him into the lake. The water about him was all bloody, whether from the beast’s blood, or his own, or from both he knows not. It was the pitch of an ordinary greyhound, of a black slimey [sic] skin, without hair as he imagines.”

O'Flaherty then made an intriguing statement on the nature of the beast and its history – to the extent that its history was known: "Old men acquainted with the lake do tell there is such a beast in it, and that a stout fellow with a wolf dog along with him met the like there once; which after a long struggling went away in spite of the man and his dog, and was a long time after found rotten in a rocky cave of the lake when the waters decreased. The like they say is seen in other lakes in Ireland, they call it Dovarchu, i.e. water-dog, or anchu which is the same." 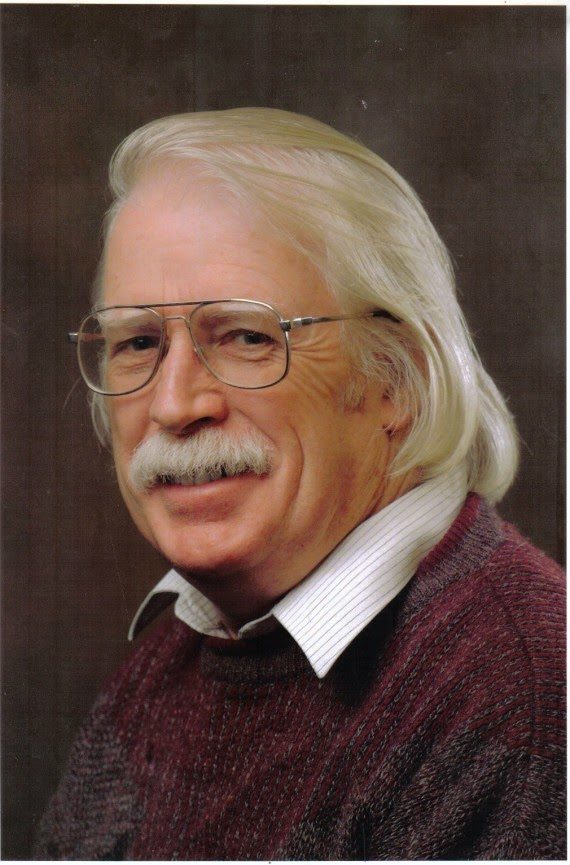 Peter Costello, a noted authority on Irish lake monsters, has studied this case carefully and makes a number of thought-provoking comments. Just before we get to Costello, it’s important that we also take a look at a footnote that appears in an 1866 edition of O'Flaherty’s book, which was published by the Dublin, Ireland-based Archaeological Society. The editor of this particular edition said in the footnote: "In these western parts, this animal is generally called Each Usage, which means a water-horse, and he is described as having a black shining skin and switch tail without hair. The story related by our author is yet told in the neighborhood of Lough Mask."

On this issue, Peter Costello says: "There seems to be some confusion here. The word 'Dovarchu' does sometimes mean an otter in Irish. But Hardiman seems to be mixing up two creatures which are carefully distinguished in the folk tradition. In 1843 the author of Wild Sports of the West observed that in Connaught 'animals of extra-ordinary [sic] formation, and strange virtues, are supposed to inhabit lakes and rivers. Among these the sea-horse and the master-otter are preeminent. By a singular anomaly, the first is said to be found in certain island lochs, and his appearance is imagined to be fatal to the unfortunate person who encounters it.'"

Costello adds to this: "O'Flaherty's Irish crocodile is presumably the master-otter, while the sea-horse is the uisge of Gaelic stories...It has often been suggested that some reports of lake monsters could be sightings of large otters," adding that suggestions have been made to the effect of "the Loch Ness animal might be a long-necked otter-like animal."

The Location of Camelot May Have Finally Been Found