Utah, the Crossroads of the West, became the forty-fifth of the United States in 1896. At 84,916 square miles, Utah is the thirteenth largest state, but has one of the least dense populations. Early settlers to Utah include mountain men, adventurers, scientists, and Mormons persecuted for their religion. The headquarters of the Mormon Church, The Church of Jesus Christ of Latter-day Saints, is in Salt Lake City. The geography of Utah is 33 per cent true desert, 40 per cent steppes, three per cent humid continental, and 24 per cent mountainous. Of the numerous mountain ranges in Utah, the only mountain peaks greater than 13,000 feet are in the Uinta Mountains, and there are twenty-four. Utah’s largest lake, the Great Salt Lake, has a length of 74.56 miles, an area of 1,699 square miles, and is the largest salt-water lake in the Western Hemisphere. Famous Utah residents include outlaw Robert Leroy Parker (otherwise known as Butch Cassidy), firearms designer John M. Browning, inventor of the television Philo T. Farnsworth, founder of Atari Games and the Chuck E. Cheese's Pizza-Time Theatres chain Nolan Bushnell, inventor of the Zamboni machine Frank Zamboni, and comedian Roseanne Barr. Oh, and Utah also has flying reptiles. 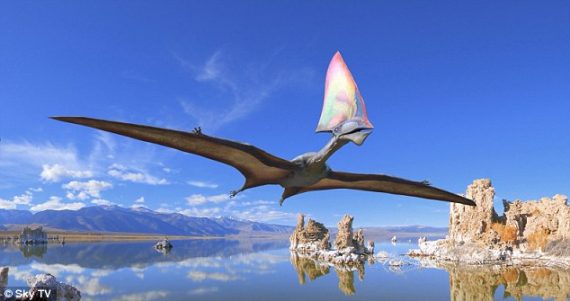 Something unexpected and scaly apparently flew the skies of Utah in the late 1800s. In an edition of the 1894 Ogden Standard-Examiner, a group of “reliable men” saw what they described as a 100-foot-long serpent flying over the town of Eden. The creature swooped down over the town by a park. The men believed the creature was flying between thirty-five and forty miles per hour. The monster soon disappeared into the mountains.

Although the residents of Eden never saw that flying reptile again, a number of people camping on Stansbury Island on the Great Salt Lake witnessed a creature they described as being a “combination of fish, alligator and bat,” according a September 1903 edition of the Pittsburgh (Pennsylvania) Press. Witnesses claim the monster was at least fifty feet long, some swearing it was at least sixty-five. The head was shaped like an alligator’s with long “saw-edged teeth” in its gaping snout. The rest of the monster was covered in scales.

The creature flew toward the group on enormous bat-like wings, and when it grew close, it swung down over the crowd, and grabbed a horse in its mouth. The animal shot back into the air, and came to rest on a nearby mountain, from which the witnesses could hear it feeding off the horse. They fled the island in terror. 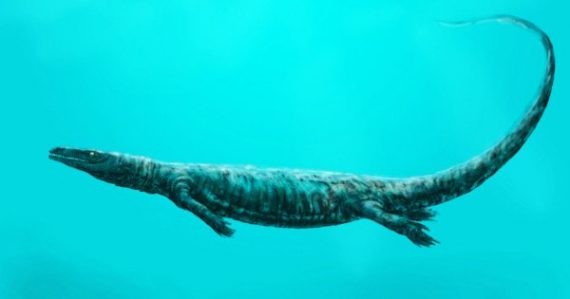 In July 1868, a correspondent for the Deseret News, Joseph C. Rich, wrote a letter to the editor that told the tale of a horrific beast that lived beneath the surface of Bear Lake. The lake itself is a freshwater lake that spans the border of Utah and Idaho. With a surface area of 109 square miles, a length of 18.33 miles, and an average depth of 94 feet, it’s certainly big enough for a monster.

Rich’s letter detailed an old American Indian legend of a giant serpent that lived in the lake. It had short, squatty legs, and often crawled onto shore searching for food, sometimes catching a man, woman or child as they came to bathe in the lake.

The letter continued with the first report of a white settler encountering the monster, Mr S. M. Johnson who “saw something in the lake." Johnson thought the object was a drowned man, but when he approached the beach he saw it was no man. “Two or three feet of some kind of an animal that he had never seen before" broke the surface. The monster shot water from its nose, but didn’t approach the beach. Johnson caught sight of a great bulk just under the surface of the water he assumed was the creature’s body.

Rich continued with another encounter of a man and three women who saw a large creature in the lake swimming "much faster than a horse could run on land." Other encounters, he claimed in his letter, placed the Bear Lake Monster as being more than ninety feet long traveling at a high rate of speed.

Unfortunately, Rich, a notorious prankster, eventually admitted to fabricating the stories. Or did he? Long after Rich passed on, people are still seeing the Bear Lake Monster.

In 2004, Bear Lake businessman Brian Hirschi told the Deseret News he’d seen the monster two years before, but didn’t tell anyone for fear of ridicule.

Hirschi claimed he was anchoring his pontoon boat at the end of the day when he saw “these two humps in the water." The humps were about 100 yards away. He thought they were simply debris or lost water skis until they disappeared under the surface, and his boat began to rise.

"I started to get scared," Hirschi told the newspaper. "The next thing I know, a serpent-like creature shot up out of the water."

Hirschi described the monster as having "really dark, slimy green skin and deep beet-red eyes." The monster roared, then ducked back into the lake, and disappeared. 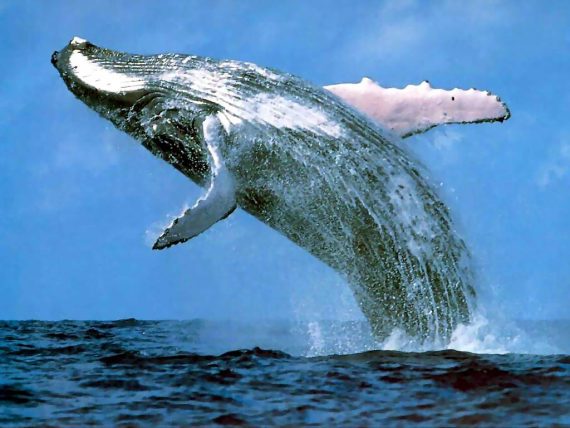 Sticking to the waters of Utah, legend has it that in June 1890, Englishman James Wickham imported to the Great Salt Lake two thirty-five-foot long whales captured in the waters off Australia. The whales were brought to San Francisco, California, and transported to Salt Lake City via rail. Wickham’s plan was to release the whales into the lake where they would form a breeding population the locals could hunt for lamp oil.

The Provo Utah Enquirer carried the only known report on the whales. Once delivered to Utah, and deposited into a pen constructed in the lake, the newspaper claimed the whales “suddenly made a beeline for deep water and shot through the wire fence as if it had been made of threads. In twenty minutes, they were out of sight and the chagrined Mr Wickham stood gazing helplessly at the big salt water."

Six months after the whales disappeared, the Enquirer story went on. A representative of Wickham found the whales fifty miles from where they had been deposited “playing” in the water. The Enquirer (which no longer exists) claimed the pair reproduced, and became a fixture of the lake.

That’s where the story ends.

The University of Utah addresses the whales on the Department of Biology’s web page: “Though there have been several alleged whale sightings, scientists believe that they could not have survived the lake's high salt content.” 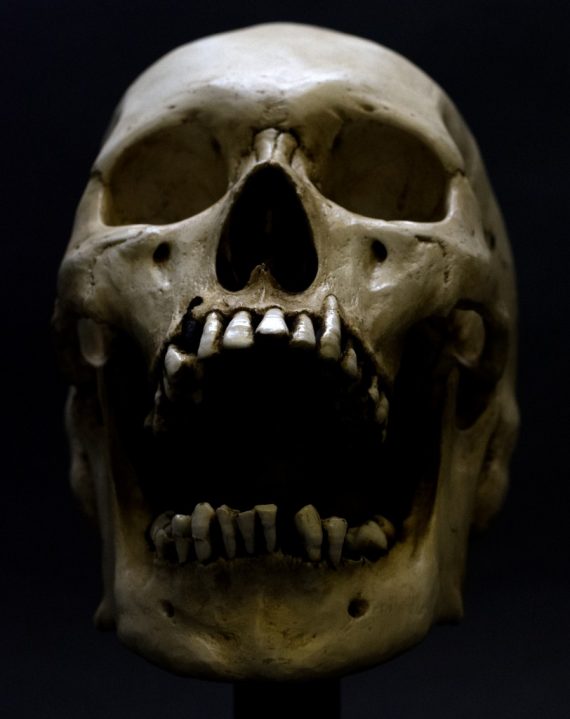 Tales abound of eight-to-nine foot tall red haired giants in the American West. Utah is no exception. According to an 1891 article in the New York Sun, the skeleton of an eight-foot-six-inch tall man was uncovered near the Jordan River near Salt Lake City. Workers clearing land for an irrigation ditch came upon the skull of the giant eight feet down. What was even more surprising to the workers is that the skeleton was standing upright. They had to dig down nine more feet to completely clear the remains.

The Sun claimed the skull to be “11 inches in diameter and the feet 19 inches long.” Stone tools, pottery, and copper items were found in the area, although the most curious find was a necklace that held three copper medallions adorned with an undecipherable writing. The newspaper didn’t reveal what happened to the skeleton or the artefacts.

American Indian legends from the area tell of a race of red-haired giants in the mountains that grew to twelve feet in height. The giants were highly territorial, and would slay and devour anyone they found in their territory. Local tribes banded together, and chased these giant cannibals into a cave in the mountains. When the giants refused to come out of the cave, the warriors filled the entrance with wood, and set it on fire, filling the cavern with smoke, and killing the monsters. 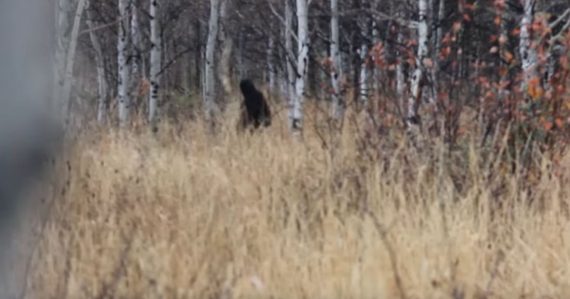 Given there are eighty mountain ranges in Utah to hold a lot of mysteries; the state was bound to have stories of Bigfoot. A 1977 article in the Standard-Examiner details one such report from high in the Uinta Mountains.

A group of hikers from North Ogden saw a 10-foot-tall “gorilla” covered in a “mantle” of white hair over its shoulders that tapered to dark hair on the lower parts of its large, thick body. The creature walked on two legs.

According to the newspaper, hunter Jay Barker and his two sons hiked to the top of a ridge where they met Larry Beeson and his three sons. The group then saw a creature standing by a lake at the bottom of the ridge. They initially thought the animal was an elk. When one of the boys accidently dislodged some rocks that rolled downhill, the creature stood and looked up at them.

"What are we looking at?" Beeson told the newspaper.

The creature walked away, but kept its attention on the group as it walked into the trees. After it disappeared into the timber, the group went down to the lake and discovered enormous footprints.

The Pearl Harbor Conspiracies: Did Someone Have Foreknowledge of the Attack?