Famous Haunted Mine Up For Sale in Oregon

You can’t throw a piece of fool’s gold anywhere out West without hitting a mine. If it’s an old, abandoned mine, there’s a chance it’s haunted. If you don’t believe it, here’s your chance to own a famous haunted mine and check it out for yourself.

Let me tell you about gold. I've been chasing it my whole life. Everybody loves it. But it's got a dark side. The old miners that have died in there, they don't want you in their mine. Mines are some of the most haunted places in the world. I don't know what it really is, but it's there...and it scares the hell out of me!

The name “Crescent Mine” and that warning should be familiar to fans of the television show Ghost Mine which ran for two seasons in 2013 on the SyFy Channel. Paranormal investigators Patrick Doyle and Kristen Luman joined a team of experienced miners as they explored the Crescent Mine in Sumpter, Oregon – a mining boom town from around 1899 until a fire destroyed it in 1917. The show was not renewed for a third season but whatever caused the various paranormal experiences reported on the show are undoubtedly still there.

While the show was on the air, the Crescent Mine and the property around it was owned by Larry and Stacie Overman. It was reported to have been put up for sale in 2013 by Cascade Sotheby's realty for $2.5 million but there’s no indication it was sold. The Historic Buckeye Gold Mining Claim – a 20 acre lode mining claim - is now for sale exclusively through Gold Rush Expeditions, Inc., which points out that the mine used on the show is the Buckeye Mine. The actual Crescent Mine is a patented mine site farther up the mountain and it’s not clear if it’s part of the for-sale property.

The Crescent Patent property is listed at a price of $1.7 Million for 17.5 acres. However, the Buckeye mine used on the show can be purchased separately for the incredibly low price of only $40,000. The property is fully surveyed and the listing says the Buckeye mine “actually contains valuable deposits and workings” – for those who don’t care about the ghosts and tommyknockers. The buildings on the property are newish from when the area was used for logging in the 1980s. 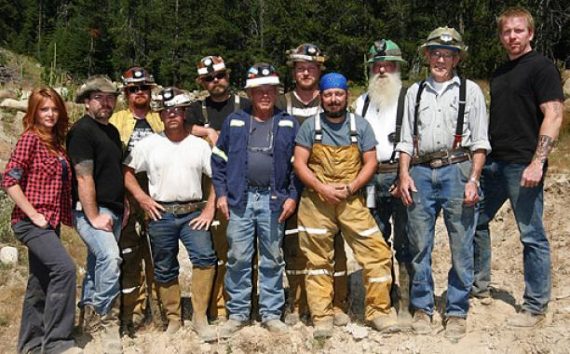 Is the star of Ghost Mine worth $40,000? Well, the show was canceled after 18 episodes of various strange noises and unexplained events. Would another network be interested in picking it up? It was estimated in a 1940 report that the mine still has $10 million in gold reserves. Is it worth dealing with tommyknockers to find it? How about crusty, superstitious miners?

The deeper you go. The darker it gets. 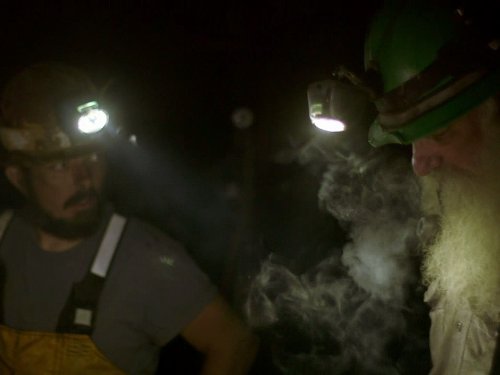 Cosmic Dust Is Raining Down On Cities Around The World