Giant Salamanders in the World’s Waters?

In April 2015, I wrote an article here at Mysterious Universe titled "Nessie: A Giant Salamander?" It began: "Reports of lake monsters absolutely abound across the entire planet. Amongst the most famous ones are Scotland's Loch Ness Monster, Ogopogo of Lake Okanagan, and Champ of Lake Champlain. The big question is: if the 'things' are real, then what, exactly, are they? On the matter of the Loch Ness Monster, creature-seekers have suggested they may be relic populations of plesiosaurs, marine reptiles that are believed to have become extinct tens of millions of years ago. Other theorists suggest the creatures might be immense eels. Sturgeon have been suggested for some reports. And there is also the supernatural scenario."

My article continued: "There is, however, yet another angle, too: the idea that the beasts of Loch Ness are salamanders, albeit of a very (very) large size. Salamanders are amphibians that are noted for their long tails, blunt heads, and short limbs and which – in the case of the Chinese giant salamander – can reach lengths of six feet. But, here’s the important question: is it possible that some salamanders could grow much larger, even to the extent of fifteen to twenty-five feet? Controversial? Well, yes, of course it is. Implausible? Some would say maybe not. Steve Plambeck is someone who has done an incredible amount of work on the giant salamander theory, in relation to the specific matter of the Loch Ness Monster." 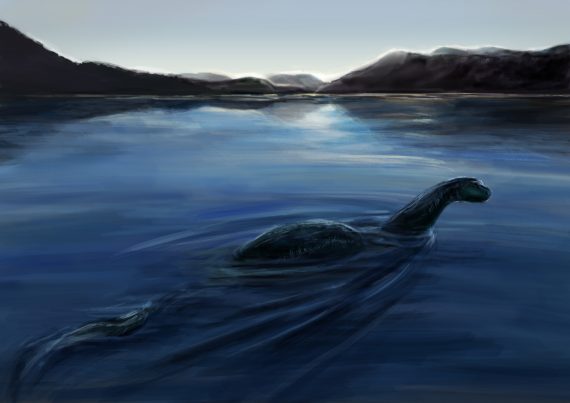 In my recently published book, Nessie, I explore the theory that the legendary creatures of Loch Ness have supernatural origins. It must be said, however, that Steve Plambeck makes a very good argument that the beasts might be massive salamanders. You can find Steve's thoughts, observations and findings at this link. All of which brings me to the matter of a 19th century story that appeared in the pages of the London, England newspaper, The Spectator. On December 30, 1876, the newspaper ran the following:

"In the Straits of Malacca, the sea-monster so repeatedly seen, and so repeatedly declared to be mythical, appears at last to have been carefully observed by competent witnesses. The creature was seen by the passengers and crew of the ship 'Nestor,' on her voyage to Shanghai, and on her arrival at Shanghai the master of the ship (Mr. John Keiller Webster) and the surgeon (Mr. James Anderson) made a statutory declaration of what they had seen before a magistrate, as a mode, we suppose, of formally attesting that they spoke in good-faith. 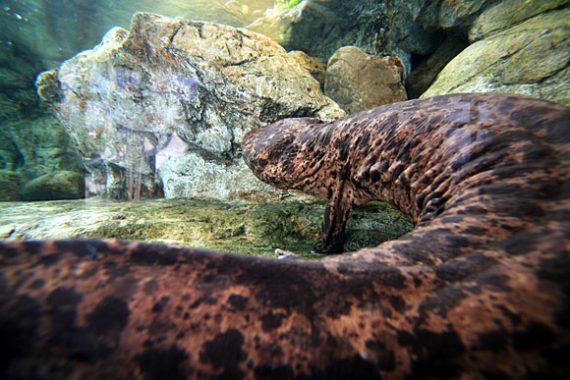 "The creature (which resembled a huge salamander [italics mine], only that instead of being about six or eight inches long, these dimensions must be multiplied by at least 75 or 100, the body being from 45 ft. to 50 ft. in length, the head 12 ft., and the tail, it is said, no less than 150 ft.) was first seen at half-past ten o'clock on the 11th of September, fifteen miles north-west of the North Sand Lighthouse, in the Straits of Malacca. The weather was fine, the sea smooth, and the air perfectly clear. The Chinese on deck were terribly alarmed, and set up a howl. The whole watch and three saloon passengers saw the creature clearly, and observed its movements.

"It traveled for a long time about as fast as the steamer, appearing to paddle itself by the help of 'an undulatory motion of its tail in a vertical plane.' The body and tail were marked as those of the salamander are marked, with alternate bands, black and pale yellow in color. 'The head was immediately connected with the body, without any indication of a neck.' Both witnesses state positively that the only resemblance was to some creature of the frog or newt kind, while one of them (the surgeon) says that the longer he observed it, the more he was struck with its resemblance to a gigantic salamander [italics mine, again]. Its back was oval in form. No eyes or fins were seen, and it did not blow or spout in the manner of a whale. The greater part of its head was never seen, being beneath the surface. Probably the creature is of a race which survives from that very different world in which creatures of gigantic size seem to have been so much commoner than now. There appears to be no manner of reason for doubting the very express evidence so succinctly and soberly given."

Are some of our lake monsters and sea serpents actually huge salamanders? Who knows? I will, however, say that it definitely beats the unlikely and tiresome "surviving plesiosaur" theory!

“In The Coils Of The Vicious Monster”