Further to my recent article on George Adamski and the thought-provoking observations of Colin Bennett, I thought it would be worth noting here at Mysterious Universe the words of others in Ufology who have their own views on Adamski. In this article, we'll focus on the late Jim Moseley who, for years, published one of the most entertaining UFO-themed publications, Saucer Smear. I interviewed Jim back in 2009 on his thoughts on Adamski's claims and agendas. Jim had more than a few interesting things to say:

"In 1953, I got interested in [flying] saucers and met a professional writer who basically said: 'If you go around the country and do all the work, and interview these people who have made various claims about seeing saucers and meeting aliens, then I'll put it together and we'll co-author a flying saucer book.' So, I did that. But, the book never happened, until I used my notes in my own book, forty-nine years later.

"But, in fifty-three I had time and money. So, I took my car around the country for several weeks: from New York, by a southern route, to California. Then, I came back through the middle of the country. I interviewed at least one hundred people on that trip who had been mentioned in the early saucer books: military people, scientists, and George Adamski." On his recollections of Adamski, Jim told me the following: 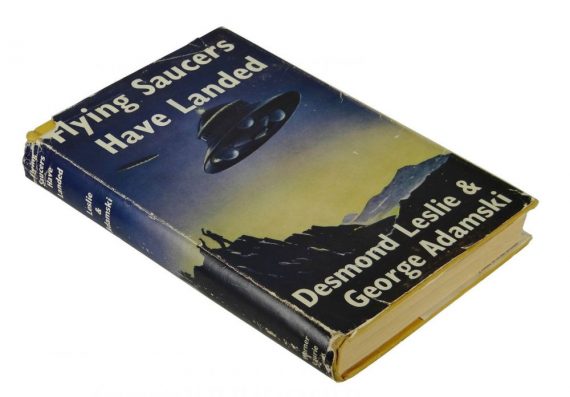 "When I met him, Adamski was in his guru mode. You could go to him at Palomar without an appointment and he would be sitting there, holding court, and talking to all the people that came in. He seemed like a pleasant sort. He couldn't prove anything; you had the choice of believing him or not. Now, whether he was genuine or not, he did have a background with the Royal Order of Tibet. Then, he wrote his science-fiction story, Pioneers from Space, which turned out to be very similar to his later UFO book [Flying Saucers Have Landed, written with Desmond Leslie in 1953]."

As for Adamski's tales and motivations, Jim offered these specific words: "I don't think he literally believed everything he said. But, I think what he said was in-line with a personal philosophy that he may very well have taken seriously. I think with Adamski it was like this: if I say 'I'm Jim Moseley, and I believe in world peace, love, and saving the environment,' people won't care. But, if I say that a spaceman called Orthon told me that we should love each other, well, that certainly gives it more meaning."

Jim concluded to me: "I think this is one of the big things behind the Contactee movement: they believed in what they were saying, but they needed a higher authority to get it across. Like in religion, you need God. Adamski needed Orthon." 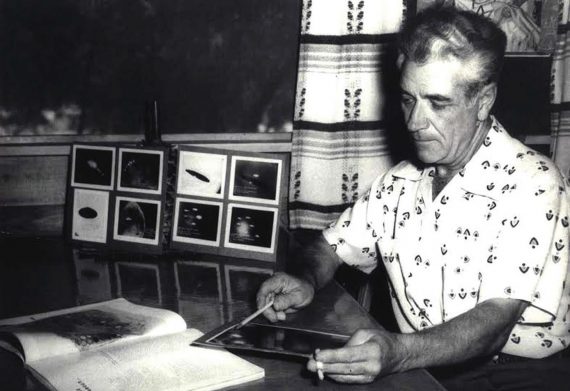 It's worth noting, too, the following words of Jim Moseley, made back in 1955, in his Saucer News publication: "Let us give some very serious consideration to the many alleged space men being called to the public's attention – all of whom invariably tell us of the dangers of war and the exploitation of atomic energy. No one desires peace any more sincerely than we do, but let us remember too that it is part of the Communist 'peace line' to frighten the American people into ceasing our atomic experiments. It is quite possible that some of these 'space men' are unwittingly playing into the hands of the Communists."

Did George Adamski fake certain aspects of his claims? Yes. Did he cross a majorly-sized line and take the view that fakery was justifiable, providing it furthered his agenda of the alien kind; an agenda which was comprised of peace, love and benevolent space-bothers? Yes.