If his claims are true, he puts the 40-year-old virgin to shame. If he’s as old as he says he is while looking as good as he does, it’s a mystery why he’s not a hit with the ladies. If he really is 120 years old, he belongs in the record books and that’s what he just applied for. He’s Swami Sivananda, a Hindu monk and Indian celebrity who claims to be a 120-year-old virgin and that’s the secret to his long life. Is this a good enough plot for a movie?

Discipline is the most important thing is life. One can conquer anything with discipline in food habits, exercise, and sexual desires. 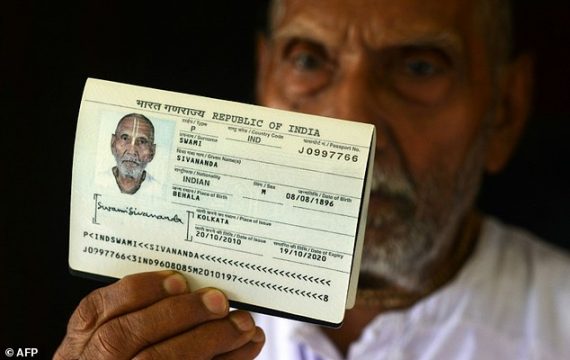 The passport of Swami Sivananda gives his date of birth as August 8, 1896, which would make him 120 years old plus a few months. That means he’s lived longer than Japan's Jiroemon Kimura, the recognized oldest living male, who died in June 2013 aged 116 years and 54 days. It makes him about two years away from the recognized ‘longest living human’ record set by Jeanne Calment of France who lived 122 years, 164 days. And it puts him ahead of Britain's Clara Meadmore, who swore until the day she died at age 108 that she was a virgin.

I eat very simply - only boiled food without oil or spices, rice and boiled daal (lentil stew) with a couple of green chillies, 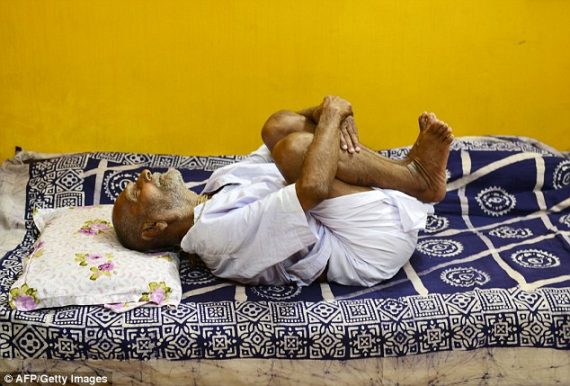 Unlike many long-lived humans, Swami Sivananda also abstains from booze and cigarettes. He reportedly practices yoga daily for hours at a time and says he sleeps on a mat on the floor with a piece of wood or a stone block for a pillow.

No babes, no booze, no bed, no death certificate. No wonder his followers think he’s something special and pushed him to contact the Guinness people about adding “World’s Oldest Person” and “World’s Oldest Virgin” to his titles.

That might be a problem. His passport is issued to Swami Sivananda even though his name isn’t “Swami” – that’s a title of respect given to a Hindu religious guru or an honored yogi. And he’s not the only Swami Sivanada. Sivananda Saraswati – who was also called Swami Sivanada – was another Hindu yogi and spiritual teacher who died on July 14, 1963, at the young-for-yogis age of 75. Some of the stories about the current Swami Sivanada seem to have swapped some details of their lives, like date of birth.

Speaking of date of birth, Swami Sivanada has no birth certificate. The passport issued to “Swami” Sivananda is based his age on a temple register - not a reliable record. Those who see him practicing yoga, walking around on his own and meeting with followers agree he looks much younger than 120, as does the hospital that examined him earlier this year. 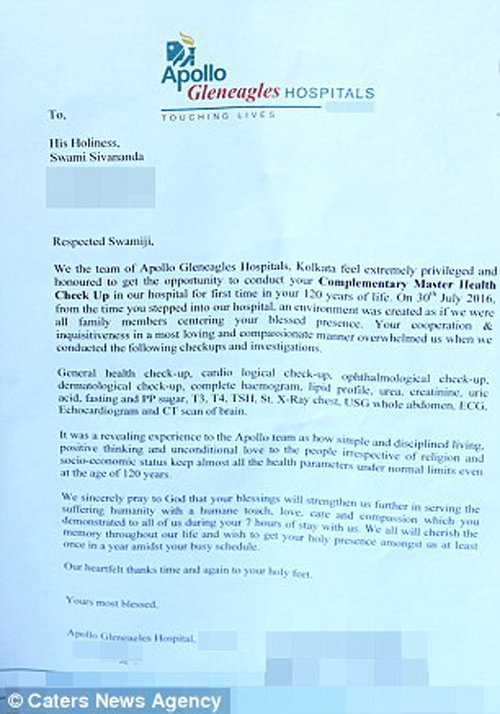 Nowadays, people are unhappy, unhealthy and have become dishonest, which pains me a lot. I just want people to be happy, healthy and peaceful.