(For those of you already confused, we’re referring to Meat Loaf, the rock singer … not the savory dish that goes well with mashed potatoes and gravy.)

In an interview this week, Meat Loaf addressed death. Not his own – although he had some things to say about the rumors – but the ghosts of dead people he claims to see while walking down the street. Any street?

I think if we walked together down a busy street in London, somebody that looked like a normal person would no doubt pass us, but you might feel a temperature change and a heavy feeling. It would be a like a weight was on your chest and you’d got tired all of a sudden. If we turned around at that moment and followed the person who just passed us, he would disappear.

By “we” he means Meat Loaf, or at least the half of him that’s left after a major weight loss due to his own alleged near-death experience in June during a concert in Canada. Meat – the name he prefers to real name Marvin Lee Aday – has lost 50 pounds since the incident, even though he claims it had nothing to do with his weight – he collapsed from dehydration. His diet secret is to only eat some of the things on his plate. How many omissions makes a good weight loss program? Two out of three ain’t bad.

Just kidding. He admits giving half of what he orders at a restaurant to his second wife. But this story isn’t about what Meat Loaf eats … it’s about what he sees, like the ghost he encountered in a London hotel. He claims it came through a wall at 6 am (Meat’s a rock star so he was probably just getting in) and stood at the edge of the bed.

I turned and shouted, ‘HEY HEY HEY’. He never turned and never looked at me. It wasn’t merely his spirit, it was an energy that was left. He wasn’t ready to die. He was probably just repeating the same thing over and over again. If it was an intelligent haunting, he would have turned and stopped.

Meat obviously knows his ghosts and is ready for them - he says he communicates with the dead using a K2 Meter device (a meter that detects changes in electromagnetic fields (EMF)). His encounters go back at least to when he recorded “Bat Out of Hell” in 1977 at Cleveland International Records, where he says this happened:

When we were making ‘Bat Out of Hell’ I saw a blonde girl in a white dress. I went downstairs and told the guys, ‘There’s a groupie up on the balcony,’ and they go, ‘How would she get up there?’ Everybody went up and no one was there.

Meat has had other near-death experiences – he was in a serious car accident, he was hit on the head with a 12-pound ball tossed by a shot putter and he suffered from Wolff–Parkinson–White syndrome, a heart condition that causes a frightening rapid heart rate.

Are these real sightings or the drug-induced memories of a big rock star? Probably a little of both. Whatever the case, at age 69, Meat Loaf is still here and still seeing ghosts. 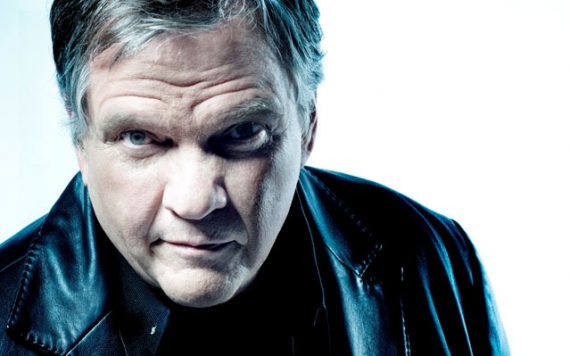