We just passed another winter solstice, which means there were plenty of people gathered at Stonehenge on December 21st watching the sunrise and trying to figure out what it all means. Perhaps they should ask a spider. Specifically, a mysterious spider that spins tiny Stonehenge-like structures out of silk. Does it line them up with the sun?

The first “Silkhenge” was discovered in 2013 in the Tambopata National Reserve in southeastern Peru by Georgia Institute of Technology graduate student Troy Alexander. Underneath a tarp, he found an odd spider-made structure consisting of a tiny ball surrounded by what looked like tiny fence posts, all made of and connected with silk, measuring 2 cm (.8 inch) in diameter. 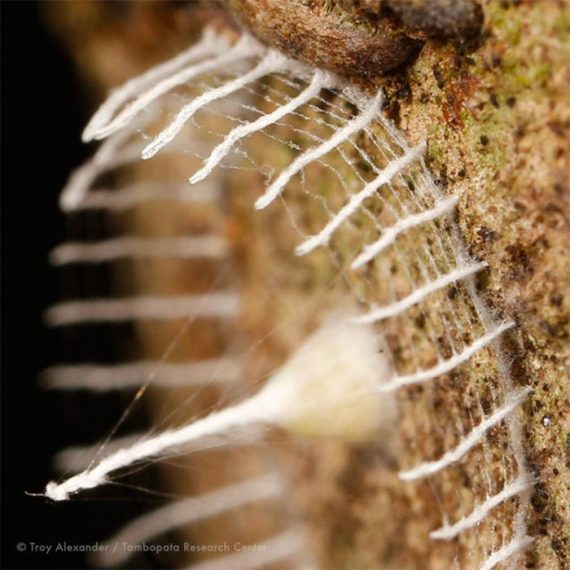 No one had ever seen the Silkhenge before and no spider was around. Alexander put a picture of it on Reddit and got plenty of speculation but no identification. However, it did put him in contact with another graduate student, Phil Torres in the Rice University ecology deportment. They met in December 2013 at the Tambopata Research Center where they found around 50 more Silkhenges but still no Neolithic arachnids. However, they did see a couple of spider eggs hatch a translucent orange spiderling – one per henge sphere – but could not identify the species.

We think they can build multiple structures, as we saw clusters of them in certain areas that we suspect were from the same female. We also don't know why it is made. Such an elaborate structure for a single egg comes with a high investment from the adult, it must have evolved for an adaptive purpose.

While he never observed it, Torres speculated that the henge structure was built around the single egg sac to catch ants or mites for the hatchling to eat. He’s tried to sequence the DNA but no matches have been found. 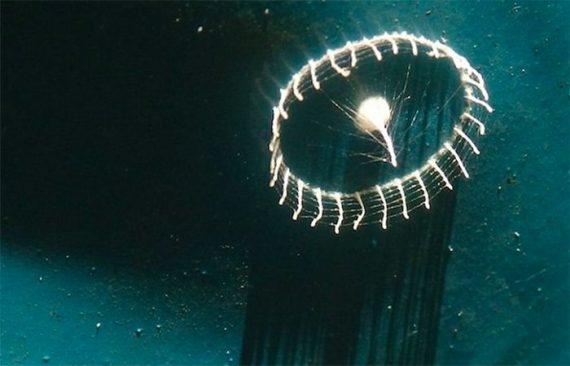 Since then, silkhenges have been also found in French Guiana and in Ecuador, which is where Torres Torres and fellow entomologist Aaron Pomerantz were finally able to record the first live birth of a "Silkhenge spider,” thus proving to their friends that they’re not crazy and convincing their professors that they’re not wasting research money.

Since the DNA matches have failed and they’ve never been able to see a Silkhenge spider spinning a henge, the next step is to raise some hatchlings to adulthood in hopes that they’ll erect a mini-monolith while the cellphones are rolling.

If hours and hours of observations can result in this, hopefully it can also result in what we’re all really after — watching an adult make this darn strange thing.

Sounds like good work if you can get it.

Scientists Say It Might Be Impossible To Get Stoned In Space