Ladies and gentlemen, we’ve just taken off from London on our flight to New Zealand. If you look out of the right side of the plane, you can see the Auckland Airport because we’re about to land. Thank you for flying Antipode Airlines.

An antipode is a spot on the other side of the Earth that can be connected to where you’re standing via a straight line through the center of the planet. Without all of that earth in the way, this would be the fastest path from London to New Zealand, at least until the Mach 24 brainchild of futuristic aircraft designer Charles Bombardier (winner of the ‘best name for an aircraft designer') takes off. He’s appropriately calling his plane the Antipode, although its predecessor – the Skreemr – wins the award for ‘best name for a supersonic plane’.

The idea of going from New York to London in, say 20 minutes – that's what I think really grabbed people. It's always something that people would like – a transportation system that could take you from one place on the planet to the other side.

In recent interviews with the BBC and other media sites, Canada’s Charles Bombardier describes the Antipode as well as some of his other ideas, such as the Jexet flying car and the Pelagor high-speed cargo-carrying seaplane. Coming up with these types of ideas is just another day at the office for Bombardier, the grandson of Joseph-Armand Bombardier, founder of Bombardier Inc. and Bombardier Recreational Products and inventor of the snowmobile. An engineer and inventor like his grandfather, Charles won a ‘most innovative person’ award in 2016 at the World Summit on Innovation and Entrepreneurship. 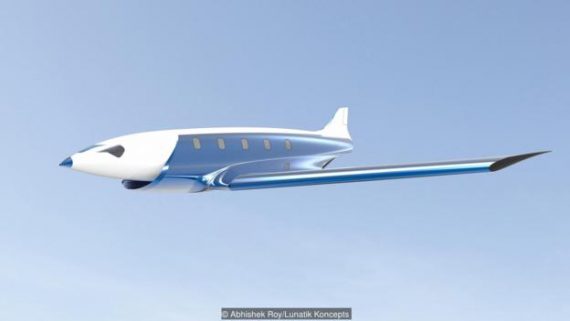 The Antipode is designed to seat 10 people and fly at Mach 24 – 10 times faster than Concorde and 24 times the speed of sound (16,000 mph or 25,600 km/h). The plane will take off from a conventional airport runway powered by reusable rocket boosters. At 40,000 feet, when its speed reaches Mach 5, the boosters are dropped and the aircraft’s onboard computer ignites the supersonic combustion ramjet engine to accelerate to Mach 24. 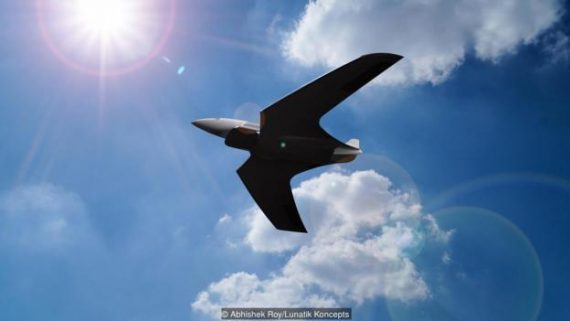 Before you line up for tickets, you may want to hear the problems … if you can over the sonic booms. The Skreemr was designed to reach Mach 10 but had no solution to the sonic booms or the heat buildup on the edges of the nose and wings – problems on the Concorde as well.

One possible solution came from an engineer at Wyle – a NASA and defense contractor. He suggested a new technology called LPM, or Long Penetration Mode (laugh now) where some air is channeled through a nozzle in the nose and sent in a reverse direction to produce a counter-flowing jet of air that has shown in wind tunnel tests to reduce the sonic boom and cool the surfaces.

Then there’s the discomfort sure to be felt by passengers in the Antipode as it accelerates to Mach 24. That’s gonna hurt, Mr. Bombardier.

In the end it's not a practical idea – it's a concept.

Perhaps he should focus in the Jexet – his idea for a one-person, vertical take-off personal flying craft.

Whatever he decides, it’s inevitable that the age of private supersonic jets will soon be here and their market will accelerate just like their top speeds.

Astronauts Are Returning To Earth With Altered Genes