During the latter part of the 1940s, a curious phenomenon was repeatedly seen in the skies over New Mexico. USA: strange, green, glowing balls of light which seemed to take a great deal of interest in the various military and defense establishments which existed in the area at the time. On May 25, 1950, Lieutenant Colonel Doyle Rees, of the USAF Office of Special Investigations, wrote a confidential memo to Brigadier General Joseph F. Carroll, the Director of Special Investigations. In part, it stated:

"In a liaison meeting with other military and government intelligence and investigative agencies in December 1948, it was determined that the frequency of unexplained aerial phenomena in the New Mexico area was such that an organized plan of reporting these observations should be undertaken. The organization and physical location of units of this District were most suitable for collecting these data, therefore, since December 1948, this District has assumed the responsibility for collecting and reporting basic information with respect to aerial phenomena in this general area."

The "aerial phenomena" to which Lt. Col. Rees referred to fell into three clearly definable categories: (a) "green fireball phenomena;" (b) "disc or variation;" and (c) "probably meteoric." It is category "a" that I am focusing on here. Rees continued to Carroll: "There is attached an analysis of the green fireball occurrences in this area made by Dr. Lincoln La Paz. Dr. La Paz is the Director of the Institute of Meteoritics and Head of the Department of Mathematics at the University of New Mexico..." 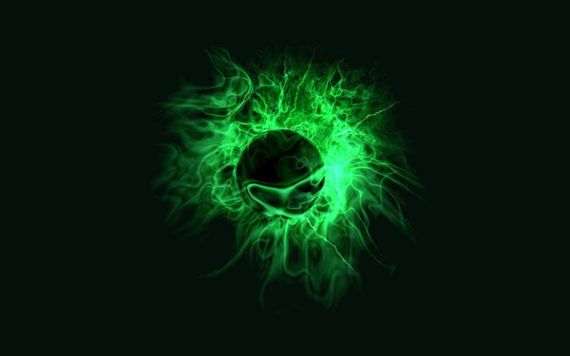 Rees added that on February 17 and October 14, 1949, conferences were convened at Los Alamos, New Mexico, to discuss the green fireball phenomenon. In attendance were representatives of the Air Force Office of Special Investigations, the Atomic Energy Commission, the Armed Forces Special Weapons Project, Air Materiel Command, and the FBI. On the matter of the FBI, a document prepared by staff at the San Antonio, Texas office of the FBI - on January 31, 1949 - included the following on the green fireballs, the "discs" and the meteoric phenomena: "This matter," the FBI recorded, "is considered top secret by intelligence Officers of both the Army and the Air Forces."

Also on January 31, the FBI said: "There have been daytime sightings which are tentatively considered to possibly resemble the exhaust of some type of jet-propelled object. Night-time sightings have taken the form of lights usually described as brilliant green, similar to a green traffic signal or green neon light...Recent observations have indicated that the unidentified phenomena travel at a rate of speed estimated at a minimum of three miles per second and a maximum of twelve miles per second, or 27,000 miles an hour. Their reported course indicates that they travel on an East-West line with probability that they approach from the Northern Quadrant, which would be the last stage of the great circle route if they originated in Russia."

Of course, this most definitely raised more than a few eyebrows within the U.S. military! As a result, a program was established to specifically study the matter of the green fireballs. It was known as Project Twinkle. The FBI had more to say in 1949: "The only conclusions reached thus far are that they are either hitherto unobserved natural phenomena or that they are man made. No scientific experiments are known to exist in this country which could give rise to such phenomena." 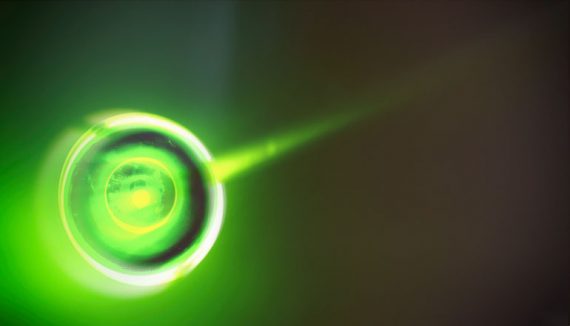 Project Twinkle files reveal that Dr. La Paz suspected the Green Fireballs were, "...U.S. guided missiles undergoing tests in the neighborhoods of the sensitive installations they are designed to defend." He added, however, that, "...if I am wrong in interpreting the guided missiles as of U.S. origin, then certainly, intensive, systematic investigation of these objects should not be delayed until the termination of the present academic year. Recent international developments compel one to sense the imperative necessity of immediate investigation of the unconventional green fireballs, in case you are in possession of information proving that they are not U.S. missiles."

For a year or so, the green fireballs were seen time and again around sensitive installations in the southwest - after which the sightings dropped, and finally came to an end. Project Twinkle remained active for a while, however, even though matters had certainly calmed down. The Final Report on Project Twinkle reveals the following from 1952: "The Scientific Advisory Board Secretariat has suggested that this project not be declassified for a variety of reasons, chief among which is that no scientific explanation for any of the 'fireballs' and other phenomena was revealed by the report and that some reputable scientists still believe that the observed phenomena are man-made."

The mystery lingered on.