With this bizarre and scary announcement coming on the same weekend as the release of a new Star Wars movie, one would hope it’s just a cross-promotion. Unfortunately, it’s not. Astronomers have discovered a real Death Star – a planet-eating star that is very similar to our own Sun. Are they looking at our solar system’s past ... or our future? 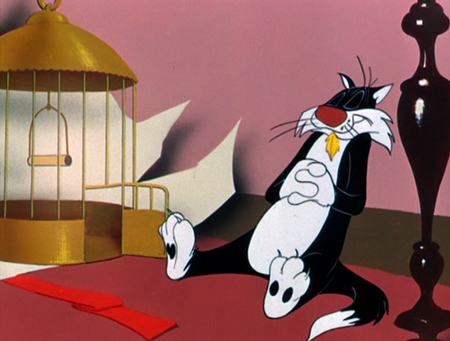 It's as if we saw a cat sitting next to a bird cage. If there are yellow feathers sticking out of the cat’s mouth, it’s a good bet that the cat swallowed a canary.

That’s Yale University professor of astronomy Debra Fischer commenting in the press release from the University of Chicago about a new discovery concerning the star HIP68468, a stellar cat.

It can be very hard to know the history of a particular star, but once in a while we get lucky and find stars with chemical compositions that likely came from in-falling planets. That’s the case with HIP68468. The chemical remains of one or more planets are smeared in its atmosphere.

Planets smeared in its atmosphere? Professor Fischer has a nice way of saying that HIP68468 is a planet-eating death star. According to the study, a team of international astronomers led by Jacob Bean, assistant professor of astronomy and astrophysics at the University of Chicago, were observing HIP68468, 300 light years away, as part of a multi-year project to discover planets orbiting stars that resemble out Sun – so-called “solar twins.” They discovered what appear to be two planets - a super Neptune and a super Earth – orbiting extremely close to HIP68468. How close? The Neptune clone is the same distance away as Venus is from our Sun and the Earth clone has just a three-day year. 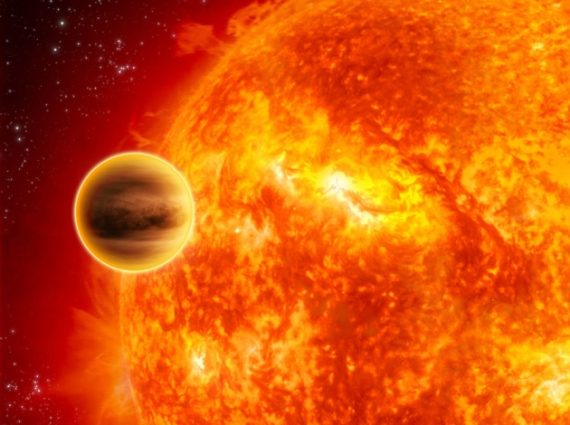 What is “smeared” in HIP68468’s atmosphere that indicated to these astronomers that it’s eaten planets in the past and may be close to consuming two more? Lithium. HIP68468 contains four times more lithium than would be expected for a 6-billion-year-old star. Planets preserve the element but stars destroy it over time. The fact that lithium is “smeared” in HIP68468’s atmosphere means that it ate a planet fairly recently (in stellar terms) and hasn’t finished digesting it yet.

Is it time to call Elon Musk and start planning a move to Mars?

It doesn’t mean that the sun will ‘eat’ the Earth any time soon. But our discovery provides an indication that violent histories may be common for planetary systems, including our own.

Those words of comfort are from study co-author Jacob Bean, assistant professor of astronomy and astrophysics. The research confirms a long-held belief that tiny Mercury will eventually become a solar snack. But HIP68468 appears to have its eyes on Earth- and Neptune-sized planets that may soon be nothing more than a satisfied smear across its Death Star face. Is that our fate too? 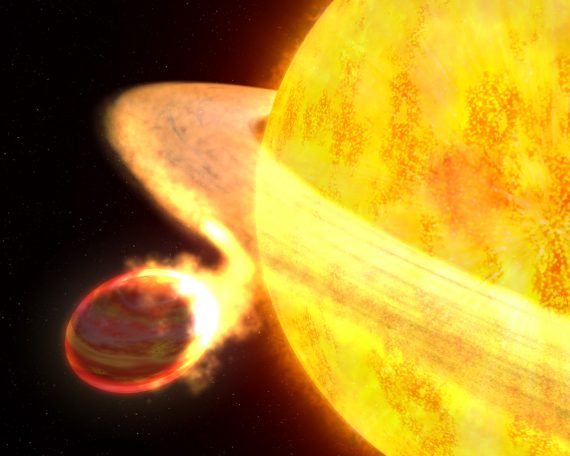