Reality Show Actress Offers to Pay ETs to Abduct Her

British fans of that country’s version of Jersey Shore (remember Snooki and JWoww?) are wondering about the future of one of their favorite reality stars who says she’s been stalked by UFOs and is willing to pay the ETs inside of one for a ride. Aliens may also be fans of the show because another actress on it also claims to have seen UFOs. Should Geordie Shore be moved from MTV to SyFy?

Geordie Shore the place is in Newcastle upon Tyne in North East England, a site with a number of recent UFO sightings not attributed to reality show actresses. Who cares about those when Geordie Shore star Marnie Simpson claims she’s seen them multiple times.

I have seen another UFO today on the way to the airport. Not even funny anymore I swear they no I can see them.

Yes, British reality stars are just as poor at spelling as those in the U.S., especially when they’re partying. However, Marnie claims she was sober when she posted that revelation on Instagram, along with this plea:

I would pay you to abduct me. 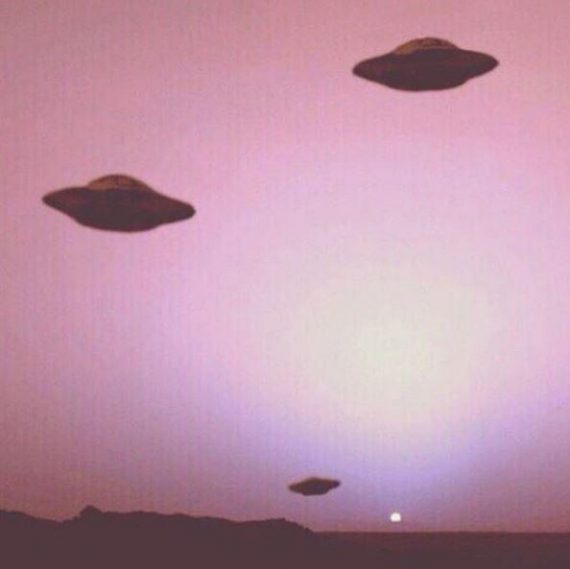 To prove she’s serious, she even posted a picture of flying saucers in a pinkish sky. There’s no indication that these are the ones she’s seen or have seen her. Maybe she’s just letting them “no” what type of lighting she wants for her abduction. If she’s indeed willing to pay for it, perhaps she should have posted how much she’s willing to offer and asked if the aliens want euros, gold or bitcoin.

Marnie isn’t the only Geordie Shore star to have seen UFOs. In November, fellow actress Charlotte Crosby did her one better (because that's what reality show stars do) by posting a photo of two of the four UFOs she claims she saw out the window while getting her hair and makeup done. Yes, they look like they could be planes but at least she’s not picky about the lighting for HER abduction. 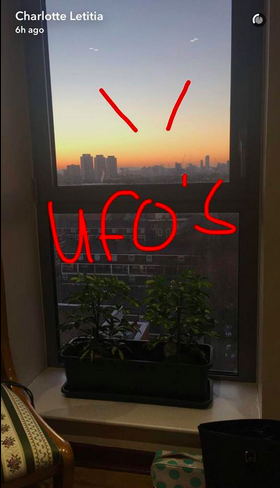 Are Marnie and Char just trying to attract ufologists to their show? Is Marnie hoping to spin off an ET version of Geordie Shore? Geordie Space? Do aliens actually watch reality TV? Would they prefer to be locked up in a spaceship with Marnie or Char?  What's wrong with Snooki?