If they awarded a Nobel prize in weird fish catching, Roman Fedortsov would probably win it every year until they retired the award and gave it to someone else. This Russian deep-sea fisherman is based in Murmansk on the Barents Sea but travels the Arctic Ocean as well as Atlantic and Mediterranean waters, occasionally getting as far away from home as Morocco. 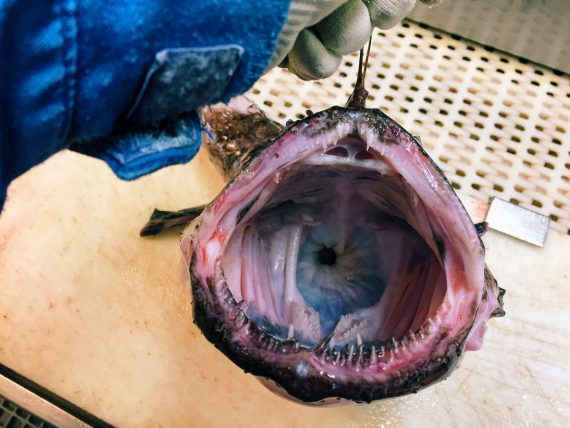 While he’s supposed to be working, Roman apparently has an eagle eye for unusual fish and keeps his camera handy (UFO hunters, take note) in order to take pictures of the strange creatures that end up in his nets. He posts them on Twitter and Instagram and has the kind of following that might make a Kardashian wonder if he’s single and doesn’t smell too fishy.

Most of these fish came from a depth of 200 to 1,000 meters (660 to 3,300 feet) below the surface. Fedortsov apparently knows his fish and identifies many of them for his followers, but he leaves some nameless for guessers.

He also appears to be brave because he poses the fish for selfies in his non-camera hand.

Beauty is in the eye of the beholder but some of what he’s holding would scare the Loch Ness monster … or at least convince it to turn over its “monster” title.

Seeing his unusual hobby, it should come as no surprise the Roman has a good sense of humor that comes out in some of his non-fish photos. 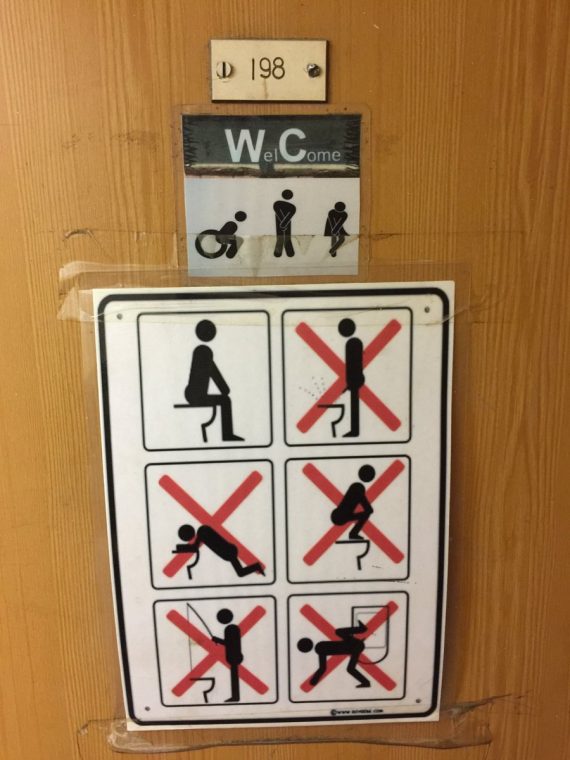 If he ever decides to give up fishing, he's got a great future in horror movies. 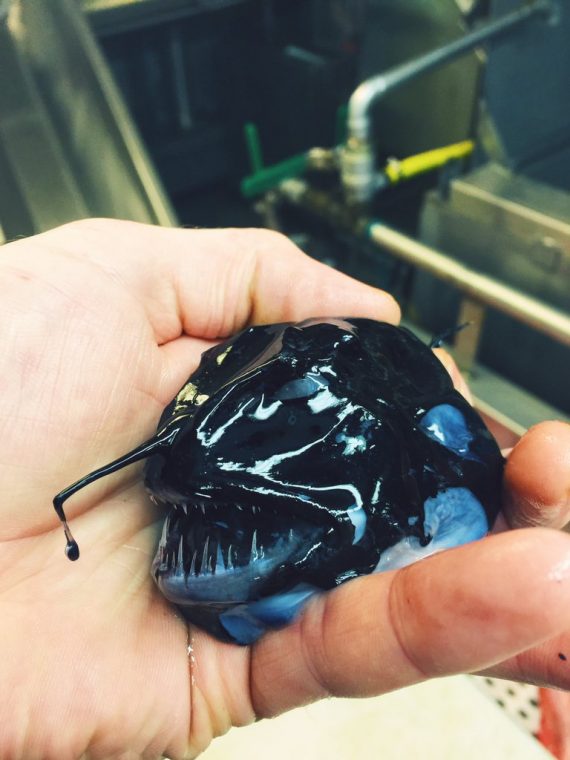