A few days ago I wrote an article here at M.U. titled "Mysterious Deaths in the Holistic Community?" As I pointed out, there have been more than a few deaths of holistic doctors in the past couple of years - chiefly in the United States. The big questions, however, are: Was murder the cause? Or, are there more down to earth explanations - such as seeing links that aren't actually links, after all? In the article I pointed out that there had been similar odd clusters in earlier years. One involved people linked, in the U.K., to Marconi, and the other concerning microbiologists at the dawning of the 21st century.

As for the latter article, it took the story up to 2003 and the extremely dubious death of U.K. weapons expert Dr. David Kelly (a story you can find here). But, I figured, why not inform you of some of the post-2003 deaths in the domain of microbiology? This one updates things to 2005. Over time, I will reveal more, and which will eventually bring us right up to the present day. But, let's now look at what happened post-Dr. David Kelly and into 2005.

During the first week of May 2004, a Russian scientist at a former Soviet biological weapons laboratory in Siberia died after an alleged accident with a needle laced with Ebola. Officials said the incident raised concerns about safety and secrecy at the State Research Center of Virology and Biotechnology, known as Vector, which in Soviet times specialized in turning deadly viruses into biological weapons.

Two month later, specifically on July 3, 2004, Dr. Paul Norman, 52, of Salisbury, Wiltshire, England, was killed when the single-engine Cessna 206 aircraft he was piloting crashed in the county of Devon. He was married with a 14-year-old son and a 20-year-old daughter. But that's not all: Norman was the chief scientist for chemical and biological defense at the British Ministry of Defense's laboratory at Porton Down, Wiltshire. The crash site was sealed off, and examined by officials from the Air Accidents Investigation Branch, and the wreckage of the aircraft was removed from the site to the AAIB base at Farnborough, England. The tragedy was firmly ruled accidental and nothing else.

In August 2004, six weeks after the death of Dr. Paul Norman, Professor John Clark, head of the science laboratory that created Dolly the cloned sheep, was found hanging in his holiday home. Clark led the Roslin Institute in Midlothian, Scotland, one of the world's leading animal biotechnology research centers, and played a crucial role in creating the transgenic sheep that earned the institute worldwide fame. Professor Clark also founded three spin-off firms from Roslin: PPL Therapeutics; Rosgen; and Roslin BioMed. 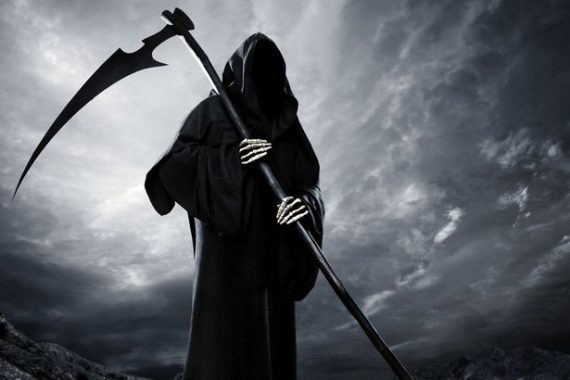 As a new year dawned (2005), still the deaths continued to increase. During the first week of January 7, 2005, Korean Jeong H. Im, a retired research assistant professor at the University of Missouri and primarily a protein chemist, died of multiple stab wounds to the chest before firefighters found his body in the trunk of a burning car on the third level of the Maryland Avenue Garage.

Then, in May 2005, Australian scientist David Banks, a 55-year old who was the principal scientist with Biosecurity Australia, a company described as being a "quarantine authority," was killed in an aircraft crash at Queensland. At the time, he was undertaking a "survey for the Northern Australia quarantine strategy." It was all just a tragic accident, maintained officialdom, to anyone who cared to poke their nose in.

Were the deaths of so many microbiologists in such a clearly delineated period simply a bizarre and collective coincidence? Or was something stranger afoot? In today's climate of near-surreal uncertainty, it should, of course, be recognized that any suspicious deaths in the fields of microbiology, bacteriological warfare and lethal viruses – and specifically where many of the victims had links to the covert Intelligence services of a number of countries – might be an indication that powerful figures were at work in at least some of the deaths, if not indeed all of them. Microbiology is a dangerous game at the best of times. Between 2001 and 2005, however, it became downright deadly.

This App Lets You Know If Your House is Haunted