In her 1909 book, Folk and Folk Stories of Wales, author Marie Trevelyan told a fascinating tale of a strange creature said to haunt a particular part of Wales. She said of the story, which was provided to her more than a century ago by a then-elderly, local woman: “The woods around Penllyn Castle, Glamorgan, had the reputation of being frequented by winged serpents, and these were the terror of old and young alike. An aged inhabitant of Penllyn, who died a few years ago, said that in his boyhood the winged serpents were described as very beautiful."

Winged serpents? So we're told! Trevelyan continued: “They were coiled when in repose, and ‘looked as if they were covered with jewels of all sorts. Some of them had crests sparkling with all the colors of the rainbow.’ When disturbed they glided swiftly, ‘sparkling all over,’ to their hiding places. When angry, they ‘flew over people’s heads, with outspread wings, bright, and sometimes with eyes too, like the feathers in a peacock’s tail.’ He said it was ‘no old story invented to frighten children,’ but a real fact. His father and uncle had killed some of them, for they were as bad as foxes for poultry. The old man attributed the extinction of the winged serpents to the fact that they were ‘errors in the farmyards and coverts.’” 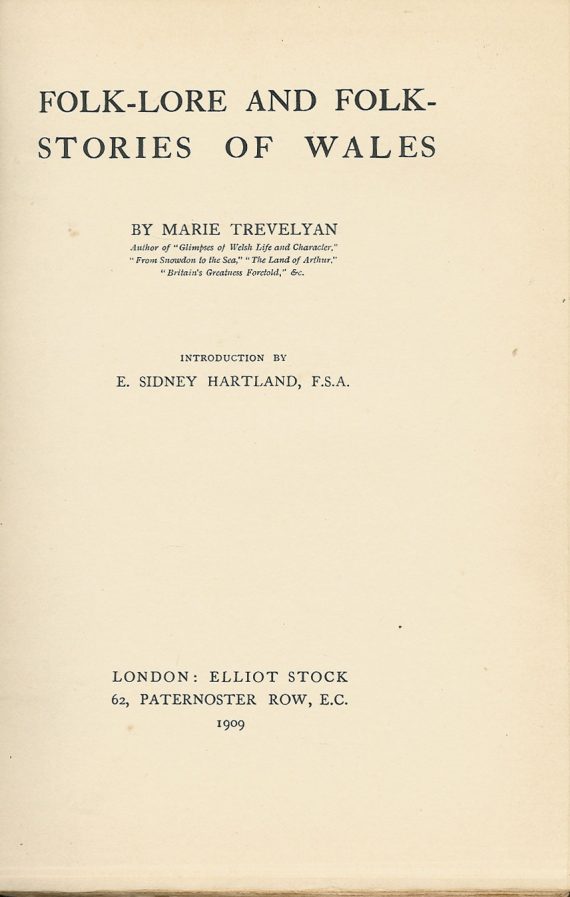 Another such story, also provided to Trevelyan, and also from the same area, states: “An old woman, whose parents in her early childhood took her to visit Penmark Place, Glamorgan, said she often heard the people talking about the ravages of the winged serpents in that neighborhood. She described them in the same way as the man of Penllyn. There was a ‘king and queen’ of winged serpents, she said, in the woods round Bewper. The old people in her early days said that wherever winged serpents were to be seen ‘there was sure to be buried money or something of value’ near at hand.

"Her grandfather told her of an encounter with a winged serpent in the woods near Porthkerry Park, not far from Penmark. He and his brother ‘made up their minds to catch one, and watched a whole day for the serpent to rise. Then they shot at it, and the creature fell wounded, only to rise and attack my uncle, beating him about the head with its wings.’ She said a fierce fight ensured between the men and the serpent, which was at last killed. She had seen its skin and feathers, but after the grandfather’s death they were thrown away. That serpent was as notorious ‘as any fox’ in the farmyards and coverts around Penmark.” 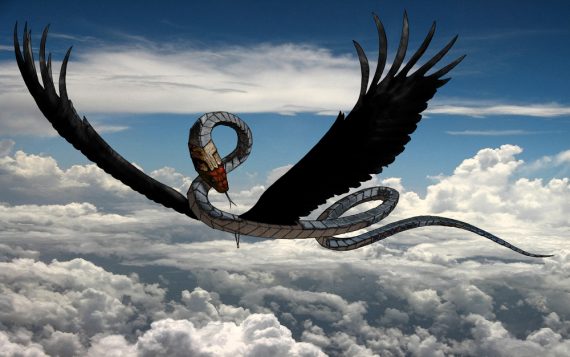 Moving on from Wales, there is a notable and somewhat similar story from the mother of a man named Izzet Goksu, of Bursa, Turkey. At the time of the encounter, 1947, Goksu's mother was a young girl living in Bulgaria. She told her son: “I used to go and fetch fresh water from the spring 200 meters from our house. One lovely summer evening, I picked up two buckets and started to walk towards the spring. After about 40 meters, I noticed what looked like branches on the path, but as I got closer I saw them moving. They were black, grey, and white, thin and one or two meters long. I stopped, thinking they might be snakes, but they were moving in a straight line, not like snakes at all.”

Then, there was a sudden and amazing development: “As I got closer, something alarmed them and they noticed me. They gave the weirdest cry I have ever heard, before taking off and flying two or three meters above the ground straight as arrows. They flew all the way to the spring about 150 meters away and disappeared behind the trees. I don’t remember seeing any wings on them. Whenever I remember that cry my hair stands on end.”

A Terrible Winged Thing in Nebraska