Less that two months after the revelation of the discovery in Peru of a tiny humanoid head comes another strange finding that is less humanoid and more alien-like. The hand has only three long fingers – no thumb – and has other strange characteristics that make its identity difficult. Does it belong to an alien who can no longer give its buddies a high-three? Are elongated fingers a sign the being also had an elongated skull? 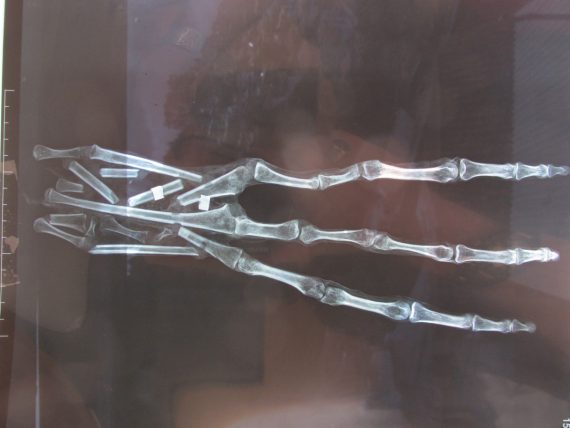 As with the tiny skull revealed in November, details on the odd hand are minimal. Hidden Inca Tours has some information on its website. The site claims the hand was brought to them by the same person in Cusco, Peru, who brought them the skull and a very small action-figure-sized mummy. X-rays of the hand show fingers that are much longer than a human’s, with six bones and five knuckles per finger instead of three and two. What would be a palm of the hand shows multiple fractured bones. 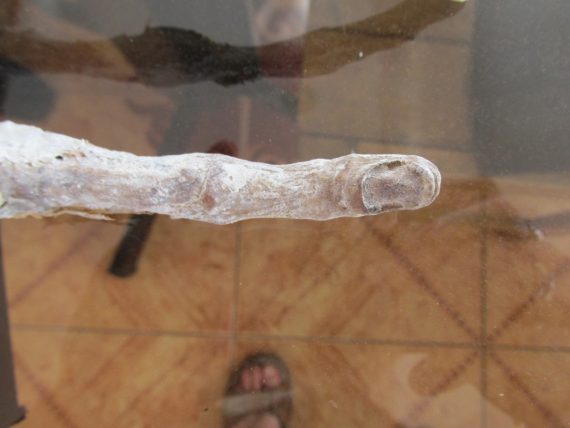 A close-up of the skin-covered outer side of the hand shows what appears to be a manicured nail on one finger. There’s also a small piece of metal either in or on the hand. One thought is that the metal is from some sort of implant. 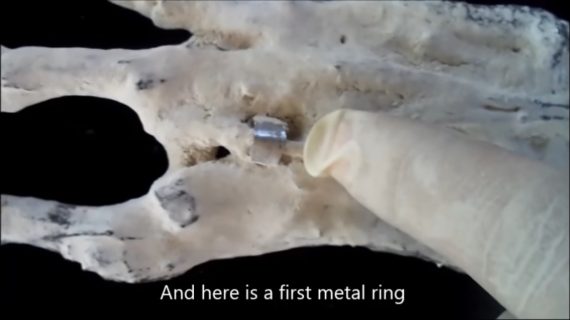 As with similar strange artifacts found in Peru and other South American countries, the government is strict about removing them or even studying them in detail or even in person. As a result, the site says DNA testing of the giant hand will not take place in the U.S. until 2017. The cultures that manually elongated the skulls of individuals weren’t known to also elongate fingers. Anyway, the site claims that local physicians examined it and determined it was not from a human but could be from a mammal.

That narrows it down to … well, it doesn’t really narrow it down to anything. The hand doesn’t resemble that of any known three-fingered (koalas have three but also have a thumb) or three-toed (the sloth) Earth creatures.

Eliminating humans and known mammals, we’re left with the hand being a hoax or from an alien. If it’s a hoax, it’s so far good enough to fool a few people who have examined it, although they’re tour vendors with an obvious interest in keeping the mystery alive. If it’s from an alien, will anyone actually confirm it?

What do you think it is?