The Bizarre Tale of the Mystical Hermit of the Loltun Cave

As we ever encroach upon the wild places of our world it seems that the golden age of adventure is for the most part over. Yet this was not always the case, and there was a time when explorers and adventurers went out into the remote places of the world to bring back incredible stories of mystery and the fantastic, perhaps even the magical. One very strange tale of such a foray into the unknown occurred with a group of explorers who ventured into one of the uncharted places of the time and came back with a rather weird story to be sure. It is a tale like something out of a pulp adventure serial, and is a refreshing reminder that many places on our planet were, are, and perhaps always will be steeped in the strange.

In Yucatan, Mexico, around 5 km (3.1 mi) south of the municipality of Oxkutzcab, lies the Loltun Cave. Its name comes from the Mayan word for “Flower Stone,” and this cave meanders for 2 km into the darkness, stretching out into numerous caves, tunnels, cathedrals and caverns, and is Mexico’s largest cave system. It has been visited by humans for millennia, its walls adorned with cave paintings from ancient peoples such as the prehispanic Mayans, who used the cave as shelter and as a source for clay, as well as scattered tools and the bones of slain mammoth, bison, and deer lying about in perpetual ancient murk that has never seen the light of day. It is a place of mystery and secrets lost to time, which archeologists are still trying to understand.

It was in this mysterious subterranean world that architect and archeologist Robert Stacy-Judd found himself in 1931, and from which a fascinating and mysterious story would emerge. Judd was part of an expedition engaged in trekking across the Yucatan and his party wound up at the entrance of the then largely unexplored Lolton cave. The explorers couldn’t resist venturing down into the depths here to explore its dark recesses, and one by one they descended into the black maw of the cave by torchlight, and when they reached the bottom found that the best known and well-mapped tunnel had at some point caved in for unknown reasons. Undeterred, they pushed forth through unexplored passages into the unknown, at times squeezing through tunnels so narrow that they were forced to lie down flat and snake along on their stomachs through the cold dark.

After some time of squirming through inky blackness and bleak, claustrophobic stone passages animated only by their flickering torchlight, the team emerged into what was described as a large cavern resembling the “nave of a cathedral.” It was a strangely majestic sight to be sure, and the explorers excitedly began to roam about taking pictures and wandering off down adjacent tunnels, penetrating further and further into this quiet realm that had been hidden away from the eyes of man for millennia until they found that they were hopelessly lost and unable to find the the tunnel that had brought them to this wondrous place. 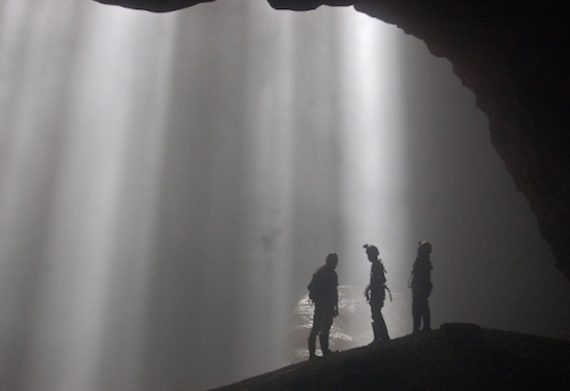 As torchlight caused the shadows to dance around them and the disoriented expedition stumbled about becoming increasingly panicked, they perhaps started to wonder if this dark, cold place of rock would become their eternal tomb. When he looked at his watch, Judd could see that they had been lost for nearly 6 hours, and were no closer to finding their way home. It was at this dire time when a speck of light was supposedly spotted off into the inky darkness, which turned out to be the flickering glow of someone’s torch bobbing along like a ghost light. The light moved closer and from the black darkness slowly produced the visage of an old man dancing in the glow, whose appearance both surprised and mesmerized those present. Judd himself would write in his journal of the event:

His dark, wrinkled face showed absolutely no expression of surprise at my presence. He stood still, with a peculiar tilt to his figure as I approached him, an uncanny light gleamed from his deep-sunken eyes, a half smile twisted his lips. He had a scraggly gray mustache, but was beardless, by which feature I knew him to a full-blood Maya. What I had first supposed was a shaved head, proved to be a thin half-gourd that he wrote as an improvised skullcap, from beneath the edges of which flared a thatch of course, iron-gray hair. Heavy white eyebrows stood out beneath the gourd. He wore a clean, white shapeless garment that was secured about his spare figure by a twisted vine, with the back of it gathered up loosely between his legs and fastened into the belt of vines. His bare, shrunken legs had a series of heavy wrinkles beneath the bony knees, and the claw-like hands, gnarled and heavily veined, hung loosely at his sides. he wore sandals with thongs laced criss-cross around his legs, exactly as pictured by the ancient Mayas on the bas reliefs on the walls of ruined buildings.

Judd would recall it as the single weirdest experience of his life, and his team began to whisper rumors that it was indeed an ancient legendary guardian of the cave known as a Hol-Pop, from Mayan lore, which was supposed to act as an immortal guardian of the cave and its various secret treasures, with eyesight long lost from an eternity in the pitch black. The strange old man who had come from nowhere stood there studying them with some sense none of them could fathom for some time, and Judd would further add:

It was the weirdest experience of my life. Visualize this old man in these unearthly surroundings, illuminated by the flickering lights of a candle and two smoke-trailing torches.

Finally, after some standing there for a time spooking everyone, the old man spoke. He told them that he had had a vision of them coming to the cave and getting lost, and that he had come there to guide them to safety. Out of options at this point, the team warily followed the old hermit down a narrow opening practically at his feet, and proceeded to follow the odd stranger through narrow passages and tunnels, seemingly deeper and deeper into the caves past areas they had no recollection of, yet they trusted that the old man would be able to somehow get them out. Yet they continued to meander through the darkness past unfamiliar rock outcroppings and walls, further into the dark unknown, and just as they began to suspect that they were perhaps getting even more lost they emerged into some caves that they finally remembered with striking clarity. Before long, the strange hermit had brought them out into the distilled glow of the outside world filtering in through the entrance. 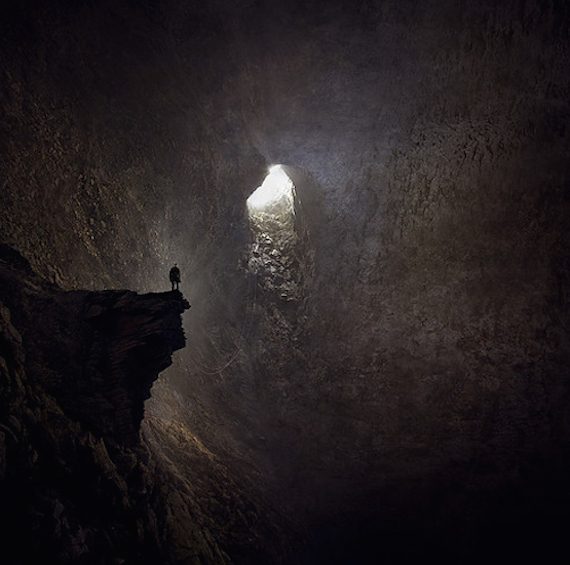 Before the hermit left them in safety, Judd purportedly snapped a picture of him, and noticed that when the light hit his eyes it was quite apparent that they were glazed over and that he had been completely blind all along. Out of gratitude, Judd gave the hermit some coins, which were no doubt useless to him but which he accepted nonetheless, sequestering them away into his scant attire before slinking off back into the darkness from whence he had come.

Judd and his team were baffled by the whole weird event. How had the old hermit known they were there and how had he managed to guide them through such a mind bogglingly complex and perilous cavern system with a total lack of sight? Although the native guides stood by their assessment that the old man had been a Mayan magical being thousands of years old, Judd himself put the age at more like one hundred, yet he could also not shake the suspicion that the hermit had been somehow clairvoyant, even admitting that he may very well have been guided by the spirits of ancient Mayan ancestors. Judd had photographic evidence of the encounter and pages of notes, and the story was eventually featured in an article in the Modesto News-Herald on January 3, 1931, which was entitled “Mystery of the Loltun Cave Hermit.”

The strange, blind, possibly psychic and immortal hermit of Loltun Cave has not been seen or reported on since, and remains a strange story and enigma indeed. Just who was this stranger who crept out from the blackness of these ancient caves to help this crew of hapless explorers? How did he know they were there and what did he really want? For what purpose did he materialize? Was he really thousands of years old and imbued with vast powers of the mind? Indeed, does this story have any truth to it at all? It is unclear what the answers to these questions may be. All we have to go on is Judd's account and we can only speculate as to whether any other people have ever come across this enigmatic individual. All we do know is that it that it seems like a great story of adventure from a time when there were a lot more mysterious, unexplored placed in this world. The whole thing is like something out of an Indiana Jones movie, and whether any of it is real or not, one would like to think that there are such unexplainable wonders still lurking out in the wildernesses of our planet.

Christmas Star May Have Been a Rare Planetary Alignment