The Curse of the Man Who Sees UFOs

There are people who wish they would see a UFO. There are people who have seen one or more - some are happy about it, some are not. Then there’s Christo Ropollo. He sees them constantly, and his feeling about it may best be summed up by the title of a documentary about him called the Curse of the Man Who Sees UFOS, out in digital and DVD formats this week. Is it truly a curse?

[The alien] told me it was going to give me a little bite on the nose, but when I woke up everything would be okay.

Christo Ropollo claims his first alien contact was in Cleveland, Ohio, at the age of 8 when he saw a creature that looked the cartoon moose Bullwinkle press its face against his bedroom window. When he regained consciousness (Christo, not Bullwinkle), his baby brother had smeared the contents of his dirty diaper all over the window and Christo remembered the alien biting him on the nose but reassuring him he’d be OK. 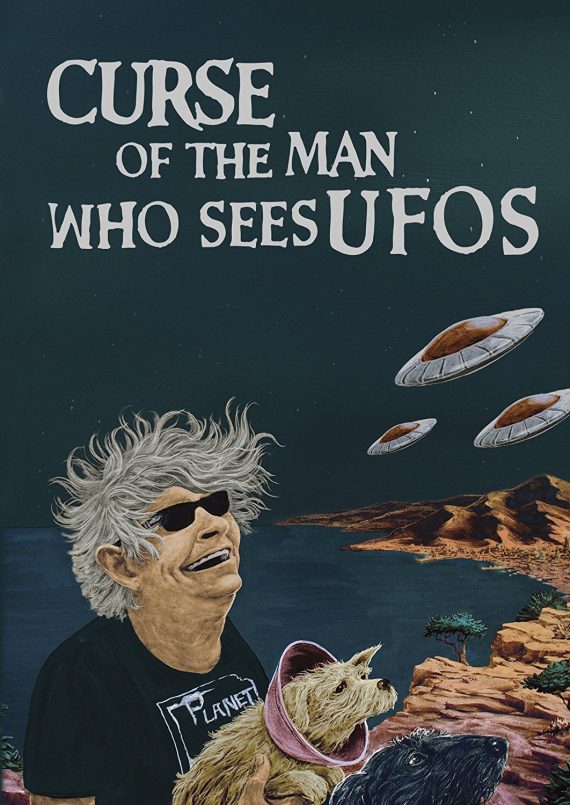 Was he? Is he? Ropollo’s father was later killed by a drunk driver and he and his diaper-smearing brother received an insurance payment which Christo used to become a filmmaker in California. While he continued to see UFOs occasionally, the sightings and alien contacts became more frequent as his personal problems became more severe. Being a filmmaker, he captured what he saw and his reactions to it on film.

Hoping to gain credibility (and probably make some money after his brother stole $129,000 from him – never trust a diaper-smearer), Ropollo contacted director Justin Gaar in 2013 to help him package the footage of UFOs he already had. Gaar was not impressed with the quality of the UFO sightings and the filler which was a lot of shots of Ropollo looking at the sky for more UFOs.

Therein lies the curse, and that’s what the documentary is really about. Gaar saw the link between the problems in Ropollo’s life and the frequency of the sightings. He also saw how he appeared to be helped by what Christo called his “brothers from space” and seemed to be able to summon the UFOs to appear. On the other hand, Gaar points out that Monterey (where Ropollo lives and most of the documentary was made) is near military bases and Lockheed Martin's Skunkworks - possible sources for many of the UFOs. How does someone who sees so many UFOs and has so many encounters convince anyone that they’re real?

Crop circles. The documentary relates the appearance of a crop circle in Monterey County, Ropollo’s connection to it and Gaar’s investigation of it. In the end, Gaar lets the viewers make up their own mind, thus continuing Ropollo’s curse and the potential for a sequel. As Ropollo puts it:

Until the last breath of my life I will be making sure that people know this is no bullshit. From the bottom of my heart: it’s all real.

An Entire Irish Village Vanished And No One Knows Why