The Location of Camelot May Have Finally Been Found

Did Camelot really exist? There seems to be as many answers to that question as there are Knights of the Round Table … if they really existed. A leading expert in Arthurian literature now claims he knows where King Arthur’s home was … and, if the king were living there today, he’d probably be playing golf there with Galahad. No, it’s not in Scotland.

If there was a real King Arthur he will have lived around AD 500, although the first mention of him in Camelot is in a French poem from the Champagne region of France in 1180. There is no mention of Camelot in the period between those dates, known as the Dark Ages, when the country was at war and very little was recorded.

If anyone knows Arthur, it’s Bangor University Professor Peter Field. The 77-year-old spent 50 years studying and teaching Arthurian literature. Until his discovery, he studied and debated the various proposed locations of the king’s fabled court. The popular spots have been Caerleon in southeast Wales, the home of the Roman legionary fortress Isca Augusta; Cadbury Castle in Somerset in southwest England; and Tintagel Castle in Cornwall on the southwestern tip of England.

But it was quite by chance, I was looking at some maps, and suddenly all the ducks lined up. I believe I may have solved a 1,400 year old mystery.

Field’s line of ducks were not in Wales nor in southern England. Instead, his line pointed north to West Yorkshire to the town of Slack. No, Arthur wasn’t a Slacker or a slacker ... at least not in the non-Python versions of his life. In the mid-18th century, the remains of a Roman fort were found there. The name of the fort was Camulodunum, which means "the fort of the god Camul.” Camul was a Roman war god.

Camul? That sounds a lot like … hey, don’t get ahead of me here! 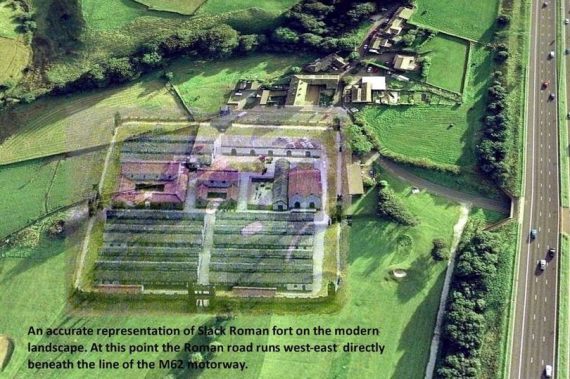 While the fort was most likely abandoned by AD 500, the location was strategic for the times since it was situated where the Britons in the north could defend the east coast against invasions by the Anglo-Saxons. Those battles would need a brave leader and that leader could have been Arthur.

Why was there no mention of Camelot until a French poem in 1180? Because it was called Camulodunum, which those Dark Ages, war-mongering Celts probably couldn’t pronounce or spell until it became shortened and simplified to … Camelot. That plus some early references to Arthur in the Pennines, a range of mountains and hills in Northern England, gives more credence to Field’s theory.

Why would Arthur be golfing at Camelot today? The location of the Camulodunum fort is now on the Outlane golf course near the M62 motorway.

Is Slack the location of the real Camelot? We may never know for sure. However, if Arthur was a Slacker, the remaining Pythons may want to start working on a new version of Spamalot. 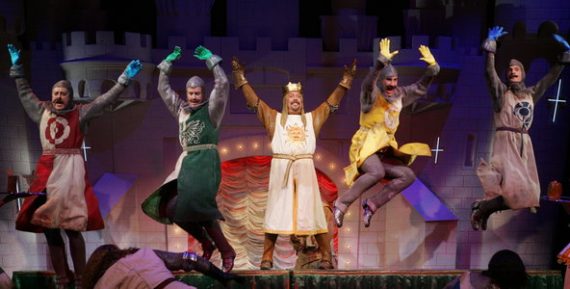 Object Falls From Sky Right Before Christmas and Smashes Van