The Monster-Reptile of Chatham Island

F.W. Kemp was an officer with the British Columbia, Canada, Provincial Archives. Along with his wife and son, Kemp had an extraordinary encounter midway through the 1930s. It was an encounter with something that can only be classified as a monster. Indeed, Kemp’s very own words make that abundantly clear. So impressed was he by the encounter, Kemp contacted the media. His account reads as follows:

"On August 10, 1932, I was with my wife and son on Chatham Island in the Strait of Juan de Fuca. My wife called my attention to a mysterious something coming through the channel between Strong Tide Island and Chatham Island. Imagine my astonishment on observing a huge creature with head out of the water traveling about four miles per hour against the tide. Even at that speed a considerable wash was thrown on the rocks, which gave me the impression that it was more reptile than serpent to make so much displacement. 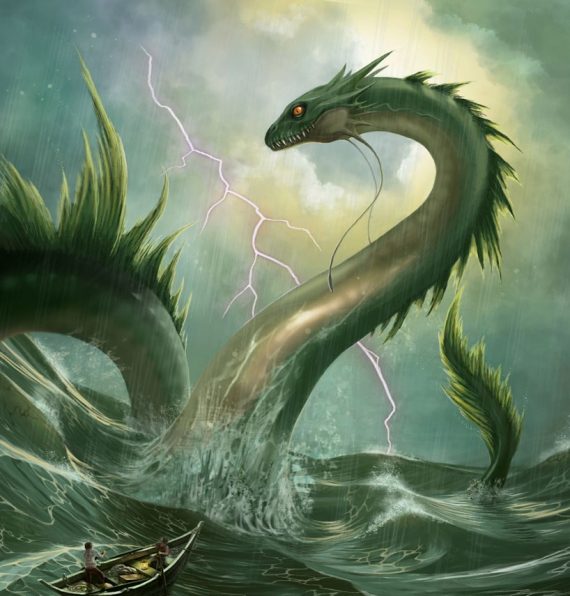 "The channel at this point is about 500 yard wide. Swimming to the steep rocks of the Island opposite, the creature shot its head out of water on the rock, and moving its head from side to side, appeared to be taking its bearings. Then fold after fold its body came to surface. Towards the tail it appeared serrated with something moving flail-like at the extreme end. The movements were like those of a crocodile. Around the head appeared a sort of mane, which drifted round the body like kelp.

"The Thing’s presence seemed to change the whole landscape, which make it difficult to describe my experiences. It did not seem to belong to the present scheme of things, but rather to the Long Ago when the world was young. The position it held on the rock was momentary. My wife and sixteen-year-old son ran to a point of land to get a clearer view. I think the sounds they made disturbed the animal. The sea being very calm, it seemed to slip back into deep water; there was a great commotion under the surface and it disappeared like a flash.

"In my opinion, its speed must be terrific and it senses of smell, sight and hearing developed to a very high degree. It would be terribly hard to photograph, as its movements are different from anything I have ever seen or heard of. I should say its length to be not less than eighty feet. There were some logs on Strong Tide Island which gave me a good idea as to the size of monster as it passed them. I took a measurement of one the next day which was over sixty feet in length, and the creature overlapped it to a large extent at each end. 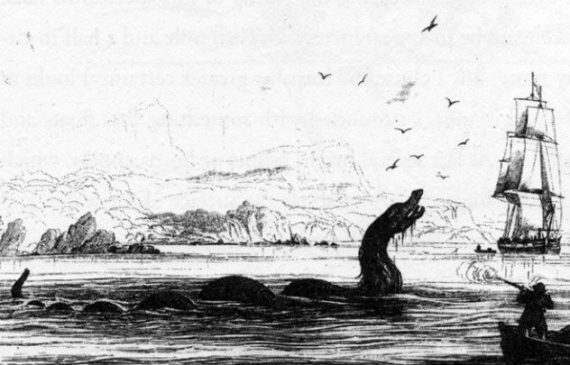 "I put a newspaper on the spot where it rested its head and took an observation from our previous point of vantage. The animal’s was very much larger than the double sheet of newspaper. The body must have been at least five feet thick, and was of a bluish-green color which shone in the sun like aluminum. I could not determine the shape of the head, but it was much thicker than the body.”

Almost certainly, we will never know the exact identity of the strange beast encountered by the Kemp family back in August 1932. Although, the reference to the creature having something akin to a mane is intriguing, as many such reports exist of maned sea serpents. The affair remains a mystery.