The Pearl Harbor Conspiracies: Did Someone Have Foreknowledge of the Attack?

Only days ago, December 7th, 2016 marked the 75th anniversary of the Pearl Harbor attack, which led the United States into World War II. As was famously said of the attack by then-president Franklin Roosevelt, it would be, and has remained, “a date which will live in infamy.”

But even 75 years after what, prior to the September 11th 2001 terror attacks, remained the worst attack on American soil in U.S. history, a number of questions still remain about this pivotal date. For instance, had there been significant foreknowledge of the event, and does this bolster various conspiracy theories that allege Pearl Harbor was “allowed to happen”, or other similar notions that run contrary to the traditional narrative of an unprovoked attack?

There is, in fact, some truth to the idea that foreknowledge existed of an imminent attack by the Japanese. Perhaps the most compelling evidence of this involves a 20-page memo, found within FDR’s own declassified FBI files in 2011. On December 4, just three days before the Pearl Harbor incident, the Office of Naval Intelligence sent a memorandum to FDR stating that, "In anticipation of open conflict with this country, Japan is vigorously utilizing every available agency to secure military, naval and commercial information, paying particular attention to the West Coast, the Panama Canal and the Territory of Hawaii." 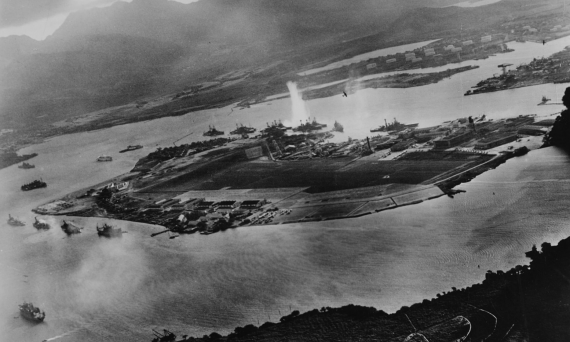 Apart from this newly recovered memorandum, there had been existing reports already which indicated that Americans had observed the mobilization of Japanese military forces in the Pacific, and that FDR believed conflict was virtually unavoidable. However, the presumption at the time had been that such an attack would likely occur in the Philippines, and hence why American Forces in Hawaii were blindsided when the surprise attack on Pearl Harbor actually occurred.

There are more unusual things, however, which have been offered as evidence that someone might have had foreknowledge of an attack. One of the strangest occurred on November 22, when The New Yorker featured a number of unusual advertisements in its pages for a game called “The Deadly Double”. The copy associated with the ad read as follows:

“We hope you’ll never have to spend a long winter’s night in an air-raid shelter, but we were just thinking…it’s only common sense to be prepared. If you’re not too busy between now and Christmas, why not sit down and plan a list of the things you’ll want to have on hand…Canned goods, of course, and candles, Sterno, bottled water, sugar, coffee or tea, brandy, and plenty of cigarettes, sweaters and blankets, books or magazines, vitamin capsules…And though it’s no time, really, to be thinking of what’s fashionable, we bet that most of your friends will remember to include those intriguing dice and chips which make Chicago’s favorite game: THE DEADLY DOUBLE.” 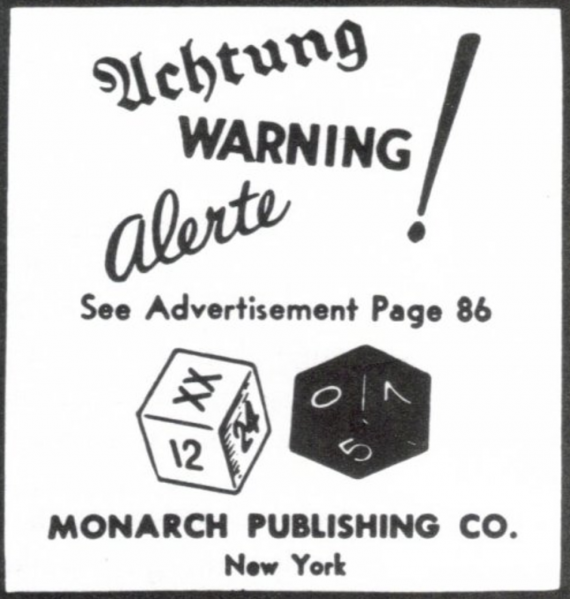 Interestingly, the ad in question also depicted a pair of six-sided dice, which displayed the numbers 12 and 7... numbers which obviously wouldn't normally appear on a die with only six sides. Sine the numbers coincided with the date of the Pearl Harbor attack, some who took notice of this "coincidence" began to question whether it might actually be evidence, in one form or another, of a coded warning in advance of the attack.

LA Times writer Chapin Hall had been one such individual, who managed to track down the game's creator, a man named Roger Paul Craig. When asked about the significance of the imagery, numbers, and the cryptic terminology in the ad, Craig denied any kind of foreknowledge about the Pearl Harbor attack, adding further that, “nothing travels as far and fast as a grossly inaccurate and malicious rumor."

Maybe some coincidences, however stark and unusual they seem, really are just coincidences.

As for foreknowledge of an attack by the Japanese, history seems to tell us that, while we had no such specific information, there was nonetheless an expectation that conflict would shortly ensue. As Joseph Persico wrote in the New York Times in 2004, "Given the information in his possession, if asked if Japan was going to attack, Roosevelt would doubtless have answered yes."

However, not as much can be said for theories that the Pearl Harbor base was already recognized as a specific target, or that entry into the war might have been seen as advantageous to FDR (which had probably been true, at least to some extent).

The rest, as they say, is history... though few would argue that the Pearl Harbor attack remains among the most pivotal moments in American history, and one in which the shadow of conflict will forever seem to linger.