The Strange Streaking “Projectile” of Long Island: Was it a “Ghost Rocket”?

Since 1947, UFOs have been reported in the skies above America, and throughout various vicinities elsewhere around the world. With all further discussion of famous cases placed aside for the moment, one trend that seems all-too apparent to many UFOlogists today is that the phenomenon seems to have changed, if not dwindled somewhat.

Case reports and detailed encounters are seldom reported to any degree similar to what the last few decades have afforded us. These UFOs have, in essence, become the proverbial old, gray mare that just "ain't what she used to be."

There are still reports of incidents today that are noteworthy, however, at least for the fact that they seem to warrant further questions due to their appearance as some kind of tangible, unexplained phenomenon.

Recently here at Mysterious Universe, Paul Seaburn reported on a UFO incident that occurred near Cape Town, South Africa, within the last few days. The incident in question involved the captain and co-pilot of a Boeing 737 Cargo Aircraft, who described seeing, "a green object increasing in altitude past the cockpit of their aeroplane, reaching to about a thousand feet into clouds above them, and then returning towards earth at high speed past the cockpit of the aeroplane."

This report bears an almost peculiar similarity to an incident that took place more than two decades ago over Long Island Sound, involving the crews of two separate aircraft that described seeing an unusual, green-colored and brightly lit object passing close to their planes.

The principal witnesses were the crew aboard Lufthansa Flight 405, and the nearby British Airways Flight 226, who each observed the object on the night of November 17, 1995. The distance between the aircraft had been approximately 35 miles at the time of the observation, and the object was first seen at 10:20 PM EST by crew aboard the Lufthansa flight.

Described as "a greenish projectile flying 3000 feet above and to the left" of their aircraft, the object in question did not appear to be a meteor, and was said to have travelled along on a horizontal trajectory until it was no longer in sight. The possibility that the object had been some kind of military aircraft had been considered at the time of the observation, since the location of the sighting was just north of an airspace used for military operations, according to FAA records.

Peter Davenport, director of the National UFO Reporting Center, investigated the incident, and described it in a subsequent report as having resembled, “an object with a bright light on the front and a green trail.” The amount of time the object had been observed in the sky, seen by both crews aboard the two commercial planes involved, seemed to also rule out a meteor. Strangely, the object also managed to evade detection by radar at the Air Route Traffic Control Center at nearby Nashua, New Hampshire. 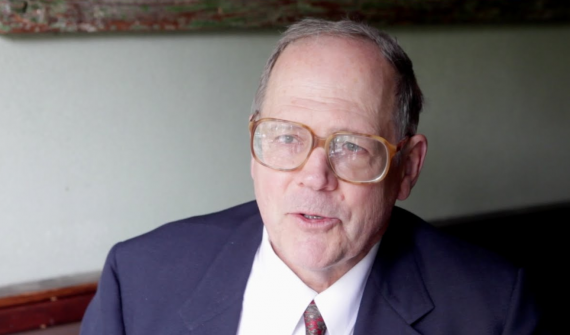 Below is a portion of the transcript of that communication from November 17, 1995, obtained by Davenport, where the object is described during communication between the two flights leaving JFK International Airport and Boston ATC:

LUFT: Affirmative, Lufthansa 405. We had opposite traffic on the left wing. Can you confirm this?

LUFT: It should be now on our tail, about 10 miles... We passed it just one minute ago, and it was looking strange.

BRIT: Speed Bird 226 confirms that. It was just above us on our left-hand side about 3 minutes ago.

FAA: What altitude does it appear to be at, Lufthansa 405?

LUFT: It was only 2 or 3 thousand feet above us. We are now passing (Flight) Level 260. That's confirmed, or not? Lufthansa.

BRIT: Speed Bird 226, we confirm that. We had something go past us about two, well... about one to two thousand feet above on the left hand side. Uh, looked like a green trail on it, and a very bright light on the front of it. We assumed it was an opposite traffic. 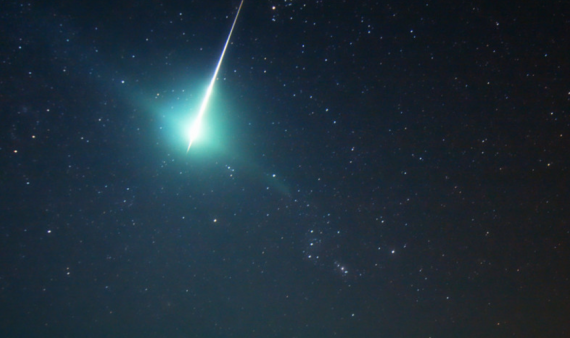 LUFT: (Garbled)..Lufthansa 405/Heavy. We are right now about 26 miles east of "Hotel Tango Oscar (Hampton??)." And the Speed Bird is now ahead, or behind us (or where)?

LUFT: That was not our traffic. Lufthansa 405 Heavy.

FAA: Lufthansa 405, roger. And the heading of the traffic, was it the same direction, or opposite direction?

FAA: Roger. Did it pass off your right side?

BRIT: Yea, Speed Bird 226 confirms that. We saw the same thing. It certainly looked like an aircraft initially, but it may not have been one.

LUFT: (We can't tell then??) It was looking very strange, with a long, uh, light, in the tail.

BRIT: Yea, a big bright white light on the front, and a greenish tail coming out the back.

LUFT: Can you confirm this, Lufthansa 405/Heavy.

BRIT: It was overhead and off to the left, much the same as ((garbled)). It actually looked about...opposite traffic, 2000 feet above. That's what it initially looked like. But then it did have a very strong trail to it...a vapor trail, which looked more like smoke. And the light on the front was very, very bright, and as it went past us, it seemed to (just?) disappear and (went) 5 miles behind us.

FAA: Roger. Lufthansa 405, how far off to your side did that pass, the traffic pass?

LUFT: It was pretty close, and like Speed Bird said, it looked like (four??) or three thousand feet above on the left wing, just one mile and, uh, on opposite track... It doesn't have, ...it didn't have any uh, lights...(normal) lights, beacon lights, or red or green lights. Only a white light in the front, and with a long green light. It looked like a U-F-O.

FAA: Lufthansa 405, roger that. Like I said, we had nothing flying in the area. You are just north of a military operating area, but the traffic shouldn't have varied out that far out,...out of the area.

LUFT: Must have been a military. Lufthansa 405/Heavy.

FAA: Hey, you got anything flying out in the area?

FAA: Well, I just received a couple of UFO reports.

FAA? Yea, I had a couple of guys that reported lights, just moved all over their heads. I have no traffic whatsoever in the area. They said it passed within a mile of them, like at 2-3 thousand feet above them, opposite direction. (Garbled) green trail out the back.

GK: It could have been a meteor, or something.

FAA: (Garbled--Yea, it could have been that... it passed within a mile of them.)

GK: Who reported that?

FAA: Well, I got Speed Bird and Lufthansa.

GK: No, we don't have any aircraft out there.

It is worth further noting that the mystery object appeared in the close proximity to the eventual location of the TWA Flight 800 crash, which occurred on July 17 of the following year. A number of additional reports of objects, described as flares, projectiles, and missiles were logged over Long Island Sound in the months that followed, further complicating the ensuing investigation into the cause of the Flight 800 crash. The ultimate cause, however, was determined to be an electrical spark that ignited the center wing fuel tank.

What was the object the Lufthansa and British Airlines crews observed that night, and is its similarity to the object seen over Cape Town, South Africa within the last few days of any further significance?