This App Lets You Know If Your House is Haunted

Outside of termites in the walls, squirrels in the attic or someone's uncle living under the floor, nothing causes buyer’s remorse after a home purchase like finding out the place is haunted. Fortunately – to resurrect the ghost of a dead cliché – there’s an app for that. A real estate company in Hong Kong has branched out into ghost-hunting with a new app that allows customers to use their smartphones to find out if a building is haunted. Does this remind anyone of a game?

Asif Ghafoor, founder and CEO of the online real estate company Spacious, admits he was inspired by Pokemon Go – or more specifically, by the concept of augmented reality that made Pokemon Go go.

Augmented reality is something we’d been thinking about for a while. After Pokemon Go came out at the end of July, the success of that made us realise the potential for our app. We think it’s a technological first. We don’t think anyone else has done this before.

Well, why would they? How many people really think about whether the house, condo or apartment building they’re looking at is haunted. In Hong Kong, it seems there’s quite a few and they have some surprising reasons for wanting to know. 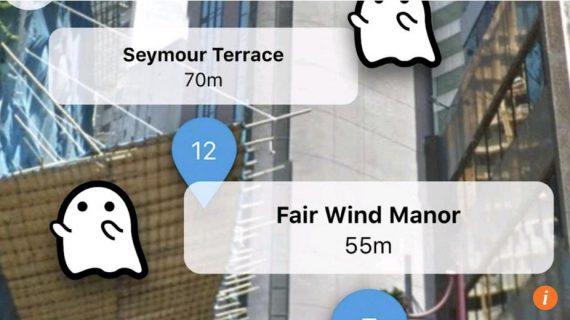 The app is simple to use. After downloading it, point the smartphone down a street and it shows all of the real estate listings on it – both for sale and for rent. Point the phone at a building and it lists the units available with their purchase prices or monthly rents. If a little ghost icon appears, touch it and you’ll find out what spirits may be haunting the building and why.

The most common ghosts found are the those belonging to someone who had committed suicide or was murdered at the location. Many people in Hong Kong believe that such an incident brings ghosts or at least bad luck to the place … worse luck and scarier ghosts if the person was murdered, although this is rare in a city with a low crime rate like Hong Kong. 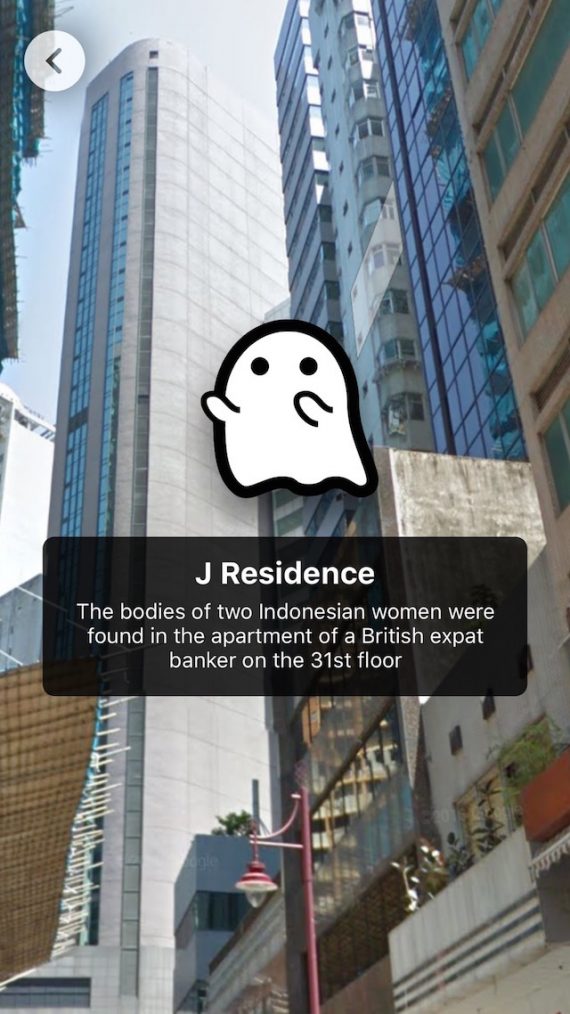 When potential home buyers or renters find out via their app that a property they had their heart set on is haunted, do they turn away dejectedly and look for a happier place? Of course not! They use the opportunity to bargain for a lower price. Ghosts may be scary but cheap rent is at a premium when you’re competing with over 7.3 million other people in a densely populated area like Hong Kong. Real estate experts estimate that properties drop 20 percent in price if a suicide occurred there and up to 50 percent if it was the scene of a murder.

Once you’ve made a great deal (a killing at the scene of a killing?), who you gonna call? Unfortunately, Spacious doesn’t appear to have a ghostbusters app and the Vatican doesn’t have an exorcist app either. Since you’re done looking, maybe you can give your phone to the ghost and let them find another place to haunt in a nicer neighborhood.