Visual Tracers: Optical Anomalies and Ghostly Phenomena Through the Ages

“No ghost was every seen by two pairs of eyes.” At least, such were the words of Thomas Carlyle, Scottish philosopher and historian, though perhaps modern science lends some credence to this notion.

With this in mind, there is an obscure, and certainly unusual optical condition that was recently brought to my attention, through a correspondence with a woman who had been a longtime experiencer of the ailment in question. Known as palinopsia, it is a condition that typically results in unusual, recurring visual “tracers”, which may appear regardless of any preceding stimuli.

Although it is not a diagnosis unto itself, palinopsia is subdivided into at least two groupings: those which are termed illusory palinopsia, and those which are hallucinatory in nature. Causes underlying these may include migraine headaches, various prescription medications, or even head trauma, to name a few.

"What makes my particular tracers unique," she told me, "is that they are always pre-emptive of motion, something I cannot credibly explain to a doctor, and so I have never brought them up to any sort of professional. " 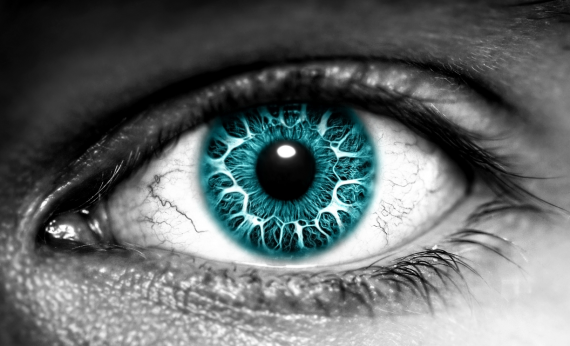 As a brief side note, it could be argued that a lingering problem exists in the the field of medical professionals, particularly as it relates to those who feel unable to describe sensory experiences to their caregivers for fear of being labeled "crazy", as this case would suggest. All that aside, my contact provided a number of examples which suggest this sort of, as she called it, "preemptive tracer", which seemed very unusual, even in the context of the discussion of things like palinopsia.

"The most memorable tracer for me occurred just over twenty years ago," she described of one experience. "It is one of the earliest tracers I clearly remember." Her account of that occurrence is as follows:

I was sitting on the couch when the flickering, semi-transparent image of a woman appeared in the doorway to the living room with her back to me. She had dark wavy hair, was wearing a red hoodie and was walking down the short hallway away from the living room. Assuming I was miraculously seeing a ghost, I jumped up to follow and ran to the doorway where I saw her paused, facing the open bathroom door, before stepping into the bathroom. I walked down the hall and faced the bathroom where her image, standing in the bathroom and still facing away from me, began to quickly fade out as she turned towards the mirror. I stepped into the bathroom where her image had just been and wondered why she had looked into the mirror. I turned to the mirror where I saw myself in my red hoodie with my dark wavy hair and finally realised what I had seen. I think this one stuck with me for both the surprise and the looping logic of me following an image of myself who was following an image of myself.

It is unusual, to say the least, when someone describes seeing something of the sort of clarity described here, which nonetheless eludes explanation, at least in the conventional sense. Medical professionals might conclude that this is indicative of one of the hallucinatory varieties of the condition discussed here, in that there would likely be nothing in terms of visual stimuli that could account for a "tracer" or other visual disturbance that seemingly precedes the observation. 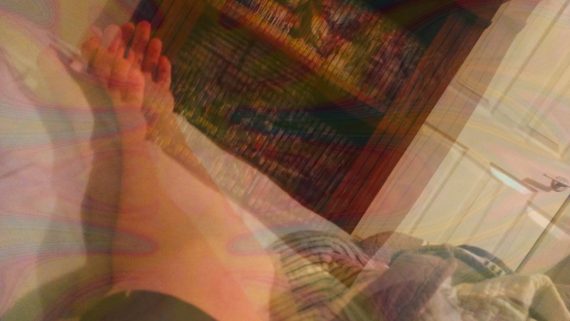 However, even the so-called hallucinatory palinopsia doesn't account for anomalous imagery that precedes stimuli, as this case might appear to indicate. So what, then, does an experience like this entail?

One line of thought which might be worthy of pursuit, if not of some benefit to experiencers of similar phenomena, would be to study the range of visual phenomena in medical literature today, and see whether there are any similar descriptions of this kind of "preemptive tracer" that have occurred elsewhere.

For all we know, unusual visual phenomena of this very sort could indeed be related to observations of ghostly happenings over the centuries... whatever their ultimate nature, and whichever branch of the sciences they may prove to best fit.