A Town Plunged Into Terror

The story in question dates back to a hot summer’s day in the early 1950s and a little French town called Pont-Saint-Esprit, which is located in the southern part of the country. The town is a tranquil one, filled with a great deal of history dating back to the 1700s. Today, however, it is a decidedly infamous locale – chiefly as a result of a series of events that took place on August 15, 1951. That was the date upon which all hell broke loose around Pont-Saint-Esprit, and numerous townsfolk took on the forms of marauding animals – in their minds, at least.

The official story is that the people of the town were the victims of a certain fungus called ergot, which can affect rye. It does far more to the person who eats the infected rye: it provokes graphic and terrifying hallucinations, as werewolf / shapeshifter authority Linda Godfrey makes clear. She says, in her 2006 book, Hunting the American Werewolf, that “ergot is now widely regarded as a possible cause of the bestial madness. According to this theory, it was not demonic influence but the ingestion of Claviceps purpurea (which contains a compound similar to LSD), which led to the demented behavior and thus, executions, of many alleged witches, werewolves, and vampires.” 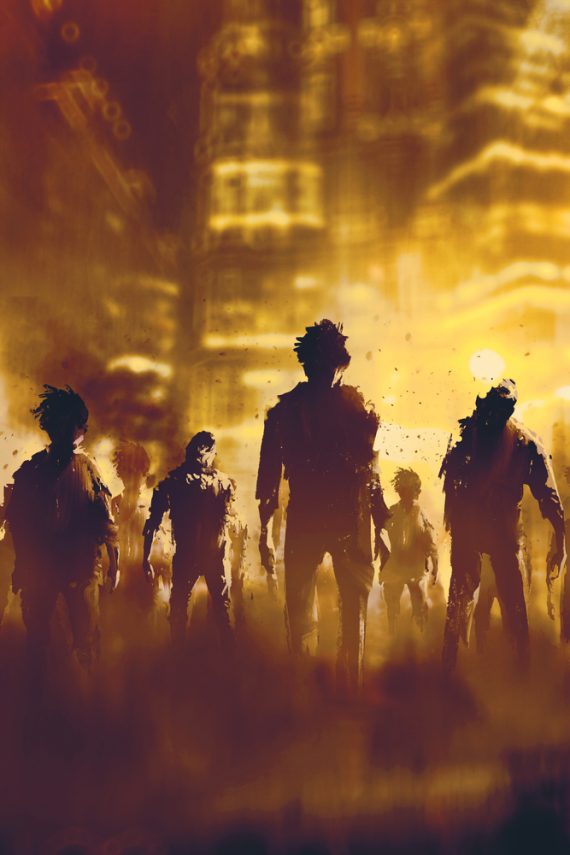 The day began as a normal one for the people of this picturesque old town. By sundown, however, it was like a scene out of The Walking Dead: what seemed to amount to raging infection was everywhere, and those free of that same, perceived infection cowered behind locked doors, fearful of becoming the next victims of whatever it was that had cursed Pont-Saint-Esprit. Hundreds of people rampaged around town. Others swore they saw their fellow townsfolk change into hideous creatures. All told, close to 260 people were affected. Seven died. And more than four dozen were so psychologically traumatized that they were temporarily held at local asylums – for the good of themselves and for the unaffected people of the town, too.

But, was ergot really the cause of the devastation and death? Here’s where things become really controversial. One of those who have dug deep into the mystery of what erupted on August 15, 1951 is H.P. Albarelli, Jr. He is the author of a huge book titled A Terrible Mistake. It’s an immense 826-page-long investigation of the mysterious 1951 death of a man named Frank Olson, a brilliant chemist who, in the early 1950s, worked for the U.S. Army’s Special Operations Division.

Although Olson was at the forefront of researching mind-altering technology, his work was not destined to last. Nor was his life. Olson died on November 28, 1953, as a result of an, ahem, “fall” from the 10th floor of the Statler Hotel, Manhattan. Today, the overriding theory is that Olson – who began to regret working on the controversial programs – was forcibly thrown out of the window of the room by people who were fearful Olson was about to blow the lid on the sheer extent to which unwitting people had been dosed with psychedelics, chemical concoctions, and various other mind-manipulating substances, and all in the name of national security. A controversial scenario, to be sure. 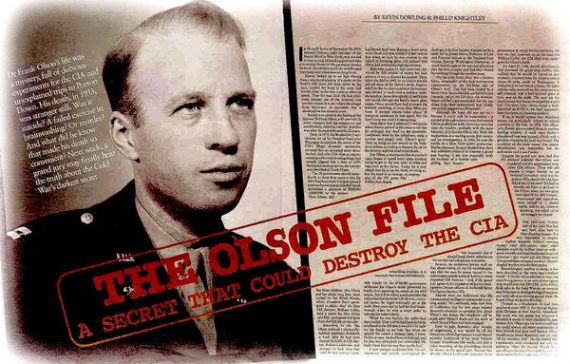 Frank Olson – while liaising with French Intelligence counterparts – traveled to France in both 1950 and 1951, the latter being the year in which the town of Pont-Saint-Esprit became a Bedlam, as Albarelli, Jr. notes in his book. The French were as interested as the Americans (and the Russians and the Brits, too, as it transpired) in how the human mind could be clandestinely manipulated. In view of all this, it’s very notable that Olson’s name turns up in previously classified CIA documents on the events at Pont-Saint-Esprit. One such document, which has surfaced through the terms of the U.S. Freedom of Information Act – the title of which is blacked-out for national security reasons - states: “Re: Pont-Saint-Esprit and F. Olson files. SO Span/France Operation file, including Olson. Intel files. Hand carry to Berlin – tell him to see to it that these are buried.”

While this communication is couched in cagey and careful language, it appears to link Olson to Pont-Saint-Esprit, and it makes it abundantly clear that whatever really happened – and which led to people believing they and their friends were changing into wild beasts – had to be kept hidden at all costs. “Buried,” even. Whatever the answer to the strange affair, the people of Pont-Saint-Esprit have not forgotten that terrible day when the townsfolk became monsters – in their minds, but not physically.

Scientific Anomalies Continue to be Discovered on Venus