College Students Develop Experiment to Brew Beer on the Moon

Can beer be brewed on the Moon? Is this a legitimate scientific question or a NASA astronaut recruiting slogan? Is “beer experiment” and “college students” redundant? These questions and more may be answered by a real experiment proposed by UC San Diego engineering students who are finalists in a contest to develop new projects for lunar missions.

The Lab2Moon competition was organized by TeamIndus, an Indian startup which itself is a winner of a competition to send a spacecraft to the moon as part of the Google Lunar XPRIZE challenge. The $30 million Google challenge (with the help of filmmaker J.J. Abrams ) selected TeamIndus and three other organizations to build and launch unmanned spacecrafts to travel to the Moon, land, explore and conduct experiments. To win the $20 million first prize, the craft needs to travel at least 1,640 feet (500 meters) and transmits high-definition images back to Earth. The TeamIndus spacecraft is scheduled to launch on December 28, 2017, on an Indian Space Research Organisation (ISRO) rocket.

Blah, blah, blah … what about the beer?

The idea started out with a few laughs amongst a group of friends. We all appreciate the craft of beer, and some of us own our own home-brewing kits. When we heard that there was an opportunity to design an experiment that would go up on India’s moonlander, we thought we could combine our hobby with the competition by focusing on the viability of yeast in outer space.

Neeki Ashari, a fifth year bioengineering student at UC San Diego, is one of the members of “Team Original Gravity” – students from the UC Davis Jacobs School of Engineering. Their proposal was one of 25 to be selected out of the initial 3,000 contest entrants. They are now tasked with building a prototype lunar craft beer brewer.

For expedience, the beginning steps of the brewing process will be done pre-launch. The malt will be mashed and heated, the solids will be extracted, the hops will be added and boiled until the wort is created and ready for the adding of the yeast. The wort and the yeast will be sent to the Moon on the TeamIndus craft.

For safety, the fermentation and carbonation processes will be combined on the Moon so there’s no release of CO2. To compensate for the reduced gravity, the tests to determine when the beer is ready to drink will be done by pressure rather than density measurements.

All of this will be done in a vessel the size of a soda can, says team member Srivaths Kaylan.

Our canister is designed based on actual fermenters. It contains three compartments—the top will be filled with the unfermented beer, and the second will contain the yeast. When the rover lands on the moon with our experiment, a valve will open between the two compartments, allowing the two to mix. When the yeast has done it’s job, a second valve opens and the yeast sink to the bottom and separate from the now fermented beer.

Since no one will be able to taste the lunar beer, Team Original Gravity is promoting the scientific benefits of this experiment for future Moon missions, such as making pharmaceuticals, bread and other yeast-based foods.

The symbiotic relationship between humans and yeast would no doubt be vital for future colonization of the moon and other planets. 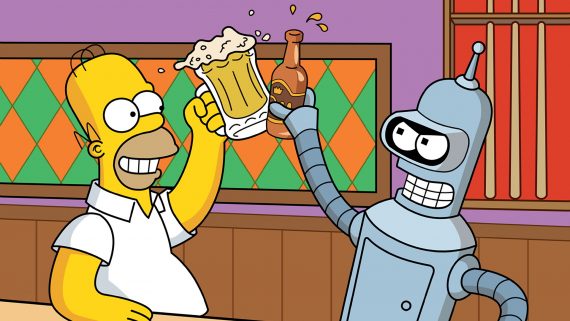