Until a warp drive is available, sci-fi movie makers and space experts agree that long space flights will require placing crews in some sort of hibernation containers or hyper-sleep stasis pods. That’s the mission plan of Spaceworks, an Atlanta company working with NASA to have such pods ready for the first manned Mars voyage in 2030, if not sooner.

I’m a big science fiction fan, so it was a little bit about making science fiction a reality. But first and foremost, I’m a space engineer working with manned missions to Mars and other destinations within our solar system on my mind. And from that perspective, human stasis makes a lot of sense.

In a recent interview with Quartz, Spaceworks president John A. Bradford says that the pieces to develop functional stasis pods are already available and his company is aiming towards testing the first ones with animals in 2018. Those pieces include medical equipment to induce and bring humans back from a stasis state and additional equipment to deliver nutrition, maintain bodily functions and monitor the state of the person’s metabolism.

It helps to refer to stasis as “therapeutic hypothermia”, which is now a fairly common procedure used by hospitals for heart and brain surgery and for keeping traumatic accident victims alive until proper medical help arrives. After slowly cooling a body to 32-34 C (89.6-93.2 F), it can be maintained in therapeutic hypothermia for as long as two weeks without problems. There are also cases of non-hospital long-term hypothermia where accident victims survive in snow or icy conditions for long periods of time and are revived unharmed when warmed very slowly. 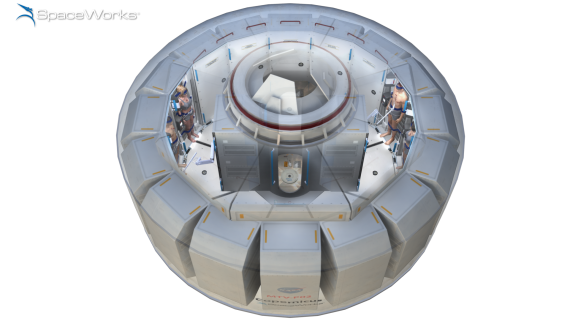 Bradford says the same equipment used in hospitals can be modified to build stasis pods for space travel. That sounds easier said than done. While personal pods would allow for individual monitoring and easy containment of power or medical problems, the weight and space are prohibitive. Doctors and nurses would have to be replaced by sophisticated robots to insure the space traveler’s health, but also by low-level bots that empty waste collectors. These robots would be busy throughout the long flight because Bradford sees the trip as a series of in-and-out short-term stasis states rather than a single mission-long one. That leads to the unanswered question of whether the human body can survive both a months-long stasis state as well as a year or more of going in and out of them. While the stasis pods keep them alive, how will they keep the humans inside in shape? Bradford suggests “neuromuscular electrical stimulation” and drugs to maintain bone mass.

Will any of this work? Who wants to be the first test subject?

It seems so much easier in the movies.