Confronting a Pumpkinhead on the Road

Certainly, one of the strangest of all encounters of the monstrous variety occurred on the night of Saturday, November 8, 1958. The unlucky soul who had the misfortune to fall foul of the unearthly beast was Charles Wetzel, who at the time was driving his green, two-door, Buick Super along North Main Street, Riverside, California – near the Santa Ana River. As Wetzel reached one particular stretch of the road that had flooded, the radio of his car began to crackle loudly and in a highly distorted fashion. With the water levels high, and Wetzel trying to figure out what was wrong with the radio, he slowed down, purely and simply to ensure that he didn’t find himself driving off the side of the road. He didn’t know it at the time – but he soon would – that there were far worse things than a flooded road and a wonky radio.

As Wetzel continued to slowly negotiate the road, he was shocked to the core by the sight of an extraordinary creature that surfaced from the shadows, and, in brazen fashion, stood in the middle of the road, preventing Wetzel from going any further. He could only sit and stare, in a combination of fear and awe, as he tried to take in and comprehend thing that stood before him.

Humanoid in shape, and in excess of six feet in height, it had a large round head described as being “pumpkin”-like, glowing eyes, a prominent mouth that had beak-like qualities to it, and scaly skin that resembled leaves. The legs of the beast did not extend from beneath its torso, but from its sides. Add to that a pair of long, muscular arms and you have a definitive monster. What began as a bone-chilling stand-off quickly mutated into something else entirely. The reptile-man issued a loud, high-pitched noise that was part-scream and part-gurgle, after which it suddenly charged at Wetzel’s Buick. He could only sit, paralyzed with fear, as the scaly thing raced towards the hood of the vehicle, then lunged even closer and violently clawed the windshield.

Although it was good fortune that led Wetzel to have a rifle with him, by his own admission he was fearful about using it. Not because it might injure or kill the animal-man. Wetzel’s big concern was that if he fired through the windshield and failed to kill it, the shattered glass would allow the monster to reach inside and haul him out of the car. Possibly to tear him to pieces. With his body flooded with adrenalin, Wetzel took the only option he felt was available to him: he floored the accelerator, spun the wheels and shot away. In doing so, he ran the beast down, which was evident by the fact that Wetzel felt the car go over its large body. 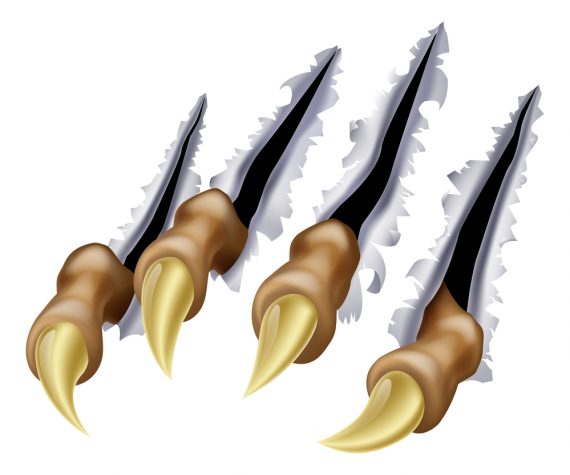 While some might consider a story like this to be nothing more than a hoax, the likelihood is that it was not. The rationale for this is that Wetzel quickly reported the affair to the local police, who launched an investigation. It’s most unlikely that a hoaxer would run the risk of being charged for wasting police time or for filing a bogus report. Such was the seriousness with which the police took Wetzel’s story, they sent not just officers out to the scene, but a pack of bloodhounds too. The monster, whatever it was, was never found – dead or alive. There were, however, two pieces of evidence that corroborated Wetzel’s amazing experience: vicious-looking claw marks on the windshield and on the underside of the Buick. They were calling cards that Wetzel preferred to forget about – if he ever could.