Vermont is small. At 9,616 square miles the entire state could be dropped into Africa’s Lake Victoria. Not many people live there, either. According to U.S. Census data, Vermont is the second least populous state (behind Wyoming) with 626,042 residents. It is bordered by New York, Massachusetts, New Hampshire, and the Canadian province of Quebec. There are mountains in Vermont, along with forests. What Vermont lacks in human population, it makes up for in trees. The state is 78 per cent woodland with 4.46 million acres of forest. The state’s firsts include the first state to join the original thirteen colonies, the first state to abolish slavery, and it’s first on the list of maple syrup producing states making 40.7 per cent of the country’s favorite pancake topping. Famous residents include President Calvin Coolidge, Mormon leaders Joseph Smith and Brigham Young, blacksmith and plow manufacturer John Deere, inventor of the DC electric motor Thomas Davenport, and inventor of the modern elevator Elisha Otis. Vermont is also fond of its pigs. No, wait. Its Pigman. 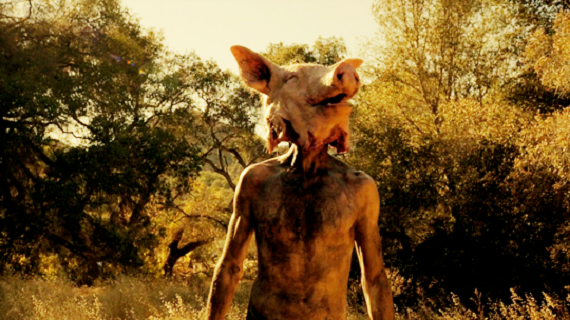 As legend has it, the night before Halloween in 1951, a teenager named Sam Harris left home with rolls of toilet paper, and a basket of eggs to create holiday trouble. Harris never returned home. His parents phoned the authorities, and search parties combed the area, but he was never found.

The first story tells that Sam gave himself to the devil, devouring the raw entrails of a pig, and wearing the head over his own. Soon after, unexplained animal deaths were blamed on the Pigman. This story has Sam coming to his mother’s house three years later, depositing the disemboweled organs of a pig on the family porch before squealing like a pig himself, and running into the surrounding forest.

The second story, however, is only slightly less disturbing – the Pigman may have eaten Harris.

Whichever the case, the Pigman did not go away.

Years after Harris’ disappearance, high school students were drinking beer in a sandpit near the school when a monster came out of the woods. It walked like a man, but was covered in white fur, and had a pig’s face. As it lurched toward them, the terrified teenagers dropped their beer, and rushed back to the dance. No one believed them. Some of the braver students went out to search the sandpit, and although there was no monster, the nearby grass had been trampled by something large.

Then Pigman sightings came from all over the area around Northfield. Farmers reported seeing the monster on their property, drivers said it ran across the road in front of their cars, teens making out in an area filled with waterfalls and caves called the Devil’s Washbowl, said it banged on their car windows. People reported finding bones and cloven hoof prints in one cave of the Washbowl, and that brought people to hunt for the Pigman.

Although the Pigman was never captured, it’s a popular story to tell in the wilds of Vermont in the dark. 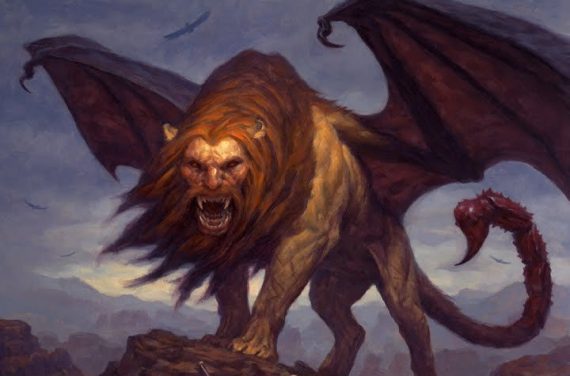 With what may be the greatest monster name ever, the Awful is a griffin-like creature first seen by two sawmill workers in the early 1900s in the town of Richford near the Canadian border. The men were crossing the Main Street Bridge when they saw the beast glaring at them from the nearby rooftop of the Boright building. It had gray skin, a long, serpent-like tail, a twenty-foot wingspan, and “huge claws that could easily grip a milk can's girth."

Although no one knew what the monster was, or where it came from, local residents knew it wasn’t leaving any time soon. Farmers reported it flying over their fields. Terrified residents cowered in their homes as the beast landed on their rooftops. The people who witnessed the beast said it seemed to simply watch them. A farm wife named Oella Hopkins was hanging up the wash outside when her dog began to bark. When she looked to see what was troubling it, she found the Awful sitting on her rooftop, glaring at her. She ran inside and hid beneath her bed for hours.

The Awful gained such a reputation that in 1925 the famous horror and science fiction author H.P. Lovecraft visited to the towns of Richford and Berkshire from his native Rhode Island to find out more about the monster. Lovecraft wrote that, "The Awful became ample sustenance for my imagination."

Sightings of the Awful all but stopped after the 1920s, although they resumed in 2006. According to an article in the nearby Enosburg Falls County Courier, an anonymous eyewitness claimed to have seen "an unbelievable looking winged monster. … What I saw was no yarn. Yarns don’t fly and stories don’t look like that. What I saw was real. And I hope to high heaven I never see it again."

Lake Memphremagog is a nearly forty square mile glacial lake that stretches between Newport, Vermont, and Magog, Quebec. It has an average depth of 51 feet, but its maximum depth of 351 may be deep enough to hide a monster known as Memphre.

The stories of Memphre go back a long way. When European settlers reached this region, the local Indians warned them away from the lake and its serpent. According to an article written by Memphre researcher Jacques Boisvert, who died in February 2006, the monster made many appearances in the early local press. “One of the first sightings which dates back to January 21, 1847 came from The Stanstead Journal. Here is an extract: ‘I am not aware whether it is generally known that a strange animal something of a sea serpent … exists in lake Memphremagog.’” Articles on sightings of this creature stretch throughout the 1800s.

Barbara Malloy of the Memphremagog Historical Society of Newport, has seen the monster herself, and described it to the Huffington Post. “When I first saw it … I thought it was jet skiers because it was moving fast,” she said. “But when it turned to go south more it was parallel to the road and I could see from the side view that it had a head like a horse, a long neck and a big body. As it got closer I could see that it was pretty tall and as long as a house.” The creature eventually turned, and disappeared from view into a growing mist.

Malloy’s encounter isn’t the only modern day sighting of the creature. By the time of his death, Boisvert had collected nearly 230 sightings of the Lake Memphremagog serpent. 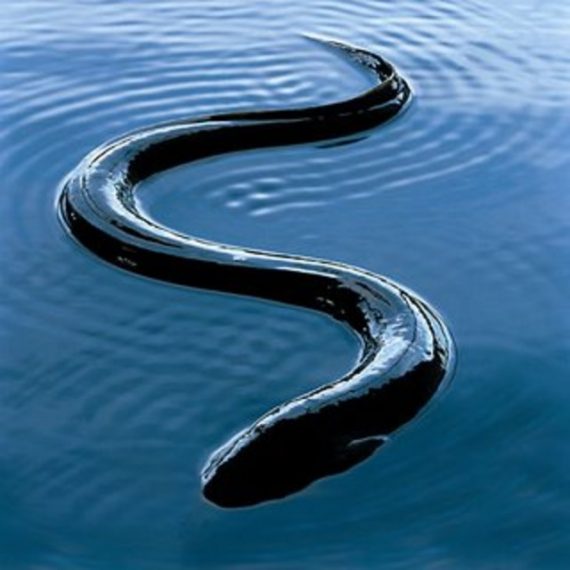 Willoughby, a 2.636 square mile lake with a maximum depth of 300 feet, rests roughly twenty miles southeast of Lake Memphremagog, and is home to its own monster tales. Stories of the Willoughby Lake monster Willy stretch back to the 1800s. A report on a monster in the lake appeared in an 1868 edition of the nearby Caledonia newspaper: “It is reported that the great water snake at Willoughby Lake was killed Wednesday of last week by Stephen Edmonds of Newport, VT.” The articles says a twelve-year-old boy sliced the beast in half with a sickle. It was twenty-three feet long.

The article doesn’t speculate what the monster was, although modern-day researchers suspect it was an eel. In the 1950s, Navy divers looking for the body of a fellow sailor who drown on leave, apparently saw eels at the bottom of the lake they estimated were eight feet long. However, the longest fresh water eel on record tops out around seven feet long.

New Jersey resident Audrey Besse reported seeing Willy in the mid-1980s. Besse, her mother, and a friend were sitting near a beach when they saw a “a long, dark, creature with two or three humps in the middle of the lake, swimming toward the south end.” Besse went to fetch her camera, but the monster was gone before she could take a picture. 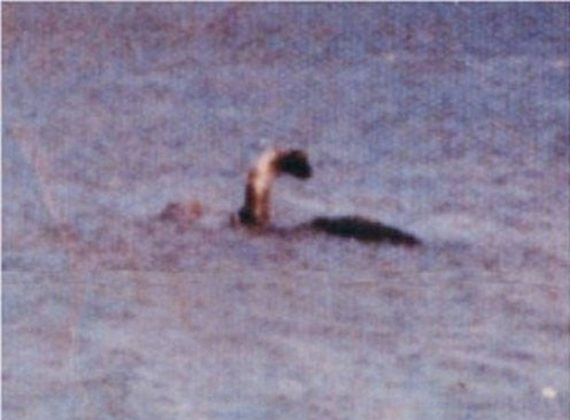 Lake Champlain, a 490-square-mile, 400-foot-deep freshwater lake, is mostly in New York State, but also goes into Canada, and Vermont. Champlain is the swimming hole of Champ, America’s most famous lake monster.

Like at Lake Memphremagog, American Indians warned early white settlers of the monster. The first newspaper account was from July 1819, when Captain Crum of the ship Bulwagga Bay, saw a black monster that stretched 187 feet long, according to the Plattsburgh Republican. The monster had a head like a sea horse, which stuck about 15 feet from the water

A railroad crew saw gigantic serpent with silvery scales in the lake in 1873. A county sheriff saw a thirty-foot-long “water serpent” in the lake that July, and in August, a steamship collided with a water monster and almost overturned.

Champ sightings continue to this day. 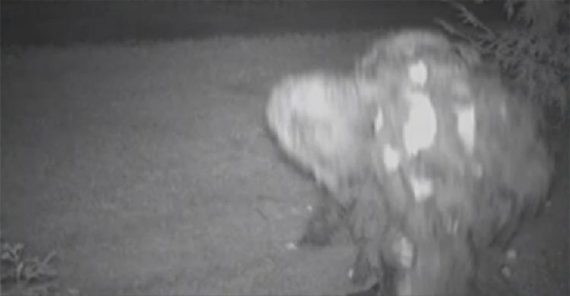 Although every state but Hawaii claims Bigfoot as its hairiest resident, not every state has photographic evidence. In 2010, Vermont Bigfoot researcher Frank Siecienski claimed to have just that. When Siecienski and his wife noticed apples disappearing from a tree in the yard of their Hubbardton, Vermont, home, he put out a trail camera to capture the thief.

The first pictures only yielded a coyote. A subsequent photograph, however, revealed something bigger.

“Both my wife and I, at the exact same time, said, 'My god, what in the world is that?'" Siecienski told Burlington, Vermont, and Plattsburgh, New York’s NBC5.

The photograph shows a hairy, possibly bipedal animal crouched in his yard. Although this photograph has given Siecienski international attention, at least some people back home don’t think the subject is that unusual. When Siecienski took his picture to biologist, the scientist disregarded it. “He said it was an owl. But I don't think owls grow to 500 pounds," Siecienski told WCAX in Burlington, Vermont.