Gut Feelings of the Creepy Kind

If you have ever had a stomach ache that got you down big time, spare a thought for a couple of people whose stomach issues turned out to be almost nightmarish. On May 27, 1886, the Stateseville, North Carolina, USA newspaper, The Landmark, published the following testimony of a man named James O. Lackney, of Alexander County, NC: "I for several years have been suffering with a pain in my stomach, and the longer the worse. I have been treated by some as good physicians as we have and conversed with a dozen or more, and it seemed as if none would agree. It seemed that there was no relief for me...when at length one day I took about three-quarters of a box of Dr. Bachmann's Vermifuge confections. The next day I took a full box, then I was afterwards taking Dr. Dunlap's Liver Regulator and Blood Cleanser for some days after."

Then something weird happened. Something extremely weird. Lackney continued: "I passed something of the spring lizard tribe, it being somewhat decayed, so its size around I could not get, but its length was exactly ten and three-quarter inches. Its color was near perfect white, and I am happy to say to you today that since then I have not had any more spells and have not even felt the symptoms but am not stout by any means and never will be again." 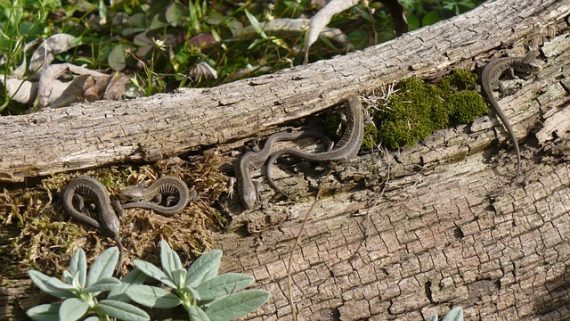 Moving on a few years...

On July 24, 1897, the Charlotte, North Carolina Daily Observer ran an article that started as follows: "Authentic stories of live lizards from the human stomach aren't of infrequent occurrence, but by his performance in that line on Friday last Morris Collins, of Angora, has certainly become a record-breaker. After an illness of several weeks duration Collins suddenly became sick at the stomach on Friday and vomited no less than 36 lizards, varying in size from 3 [and a] 1/2 inches to 1/2 inch. After vomiting the lizards Collins rapidly improved in health, and is now able to be about."

Although this all sounds quite unlikely (19th century newspapers were known for sometimes crafting faked stories for their entertainment value and nothing else), the Daily Observer continued: "That the case is genuine there can be little doubt, as the lizards are vouched for by several persons who were in the house with Collins at the time, and as additional proof the man exhibits the reptiles, which he has preserved in alcohol in a bottle."

The story was still not over: "Besides the 36 whole reptiles, there are the heads and tails of several others, all of which, however are quite small. The attending physician, when informed of the number of lizards, and when shown the specimens in the bottle, pronounced the case to be the most remarkable that had ever come under his observation. How the reptiles got into his stomach is a mystery to Collins, who can only account for their presence upon the theory that he must have swallowed some of their spawn when quenching his thirst at a spring. His health has been on the mend since Friday and he is recovering lost weight rapidly."

While such things sound farfetched, accounts of a similar nature proliferate. 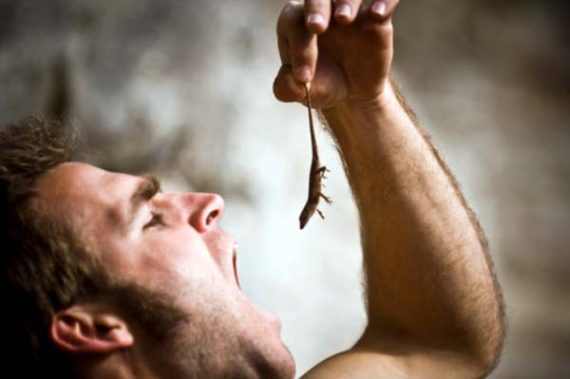 Several words of advice to everyone: don't go around swallowing lizards!

“A Strange and Monstrous Serpent or Dragon”