To coincide with the adoption of the new Boeing CST-100 Starliner spacecraft set to debut this year, NASA has finally unveiled their newest spacesuit design. The Boeing Starliner spacesuit is much more streamlined than older models and comes with a host of features that make this a truly 21st-century spacesuit.

To show just how forward thinking the suit is, Boeing engineers gave the fingers on the gloves of the suit capacitive fabric tips that allow astronauts to use touchscreens. The boots of the spacesuit have been reduced from the bulky moonshoes of past suits and now resemble athletic trainers. The suit weighs in at twenty pounds total and was designed to be more flexible and breathable than past suits. The seats on the new Starliner spacecraft were designed to work seamlessly with the suits and are all-purpose, meaning they remove the need for separate launch/reentry suits.

Sources around the web have already noted the suit’s uncanny resemblance to the spacesuits worn by Dr. David Bowman and the crew of the Discovery One in Stanley Kubrick’s legendary adaptation of Arthur C. Clarke’s novel 2001: A Space Odyssey.

In fact, a toy released shortly after the movie came in blue, and looks surprisingly like the Boeing Starliner suit: 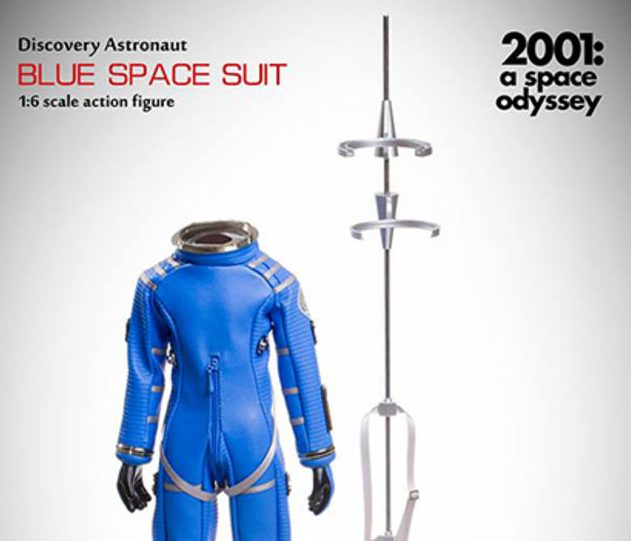 It’s not the first time that engineers have created real-world tech inspired by science fiction. But hey, it’s a spacesuit. How different can one spacesuit be from another?