While no liquid/solid (it’s both) mud has been found on Mars yet, a new discovery announced by NASA suggests that scientists are getting closer to solving the Mars water mystery through evidence of mud on the Red Planet.According to a NASA press release, the Mars Curiosity Rover has discovered a strange geological formation which bears a striking resemblance to the cracks seen in dried mud on Earth. Thus, it's safe to assume that if there were ancient Martians children on Mars, they would have likely gotten scolded for tracking muddy footprints all over their weird little Martian houses. Couldn’t they take their Martian shoes off at the door like they were asked a thousand times? Did they know how much steam cleaning Martian carpets cost?

The mud-like cracks are found in a slab of rock NASA scientists have dubbed "Old Soaker." The rock measures about 4 feet (1.2 meters) across and is believed to have formed close to 3 billion years ago. Curiosity science team member Nathan Stein told NASA.gov that the strange rock is unlike anything else Curiosity has found, and seems to imply the presence of Martian mud:

Mud cracks are the most likely scenario here. Even from a distance, we could see a pattern of four- and five-sided polygons that don't look like fractures we've seen previously with Curiosity. It looks like what you'd see beside the road where muddy ground has dried and cracked.

Old Soaker could have been formed as mud dried on the Martian surface and later was covered up by wind-blown sediments. Over spans of geological time, those sediments worked their way into the cracks formed by the mud and hardened into the rock the Curiosity Rover found today. The bright color of Old Soaker is due to its chemical composition of calcium sulfate, a mineral found in groundwater, lending hope to the search for Martian water.

Astronomers and planetary scientists just really, really want to discover water on Mars. With each new development, that wish might be soon coming true. Just in the last year, the Mars Reconnaissance Orbiter has uncovered geological formations that imply rivers once flowed on the Red Planet as well as strange funnel structures which seem to suggest bodies of deep water might have once dotted the Martian surface. However, other evidence has suggested that water has likely not been present on Mars for millions of years. While that discovery is what the science community refers to as a “bummer,” the discovery of these mud cracks show that there is still a chance, however small, that liquid water might be found hiding somewhere on the planet. Probably where those Martians are hiding. 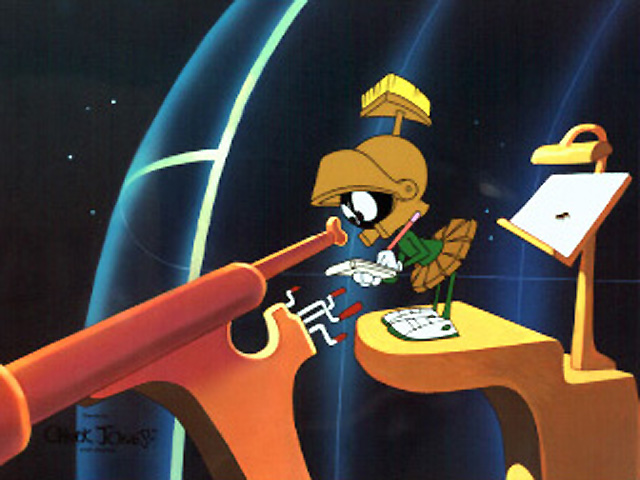