Ötzi the Iceman Ate Bacon Over 5,000 Years Ago

Get ready for the practitioners of Paleo diets to rub your nose in their plates of hot, crispy, cured meats – they now have proof that cavemen – well, at least the famous caveman Ötzi the Iceman – ate everyone’s favorite breakfast meat ... bacon.

We’ve analyzed the meat’s nanostructure and it looks like he ate very fatty, dried meat, most likely bacon.

Mummy specialist Albert Zink from the European Academy of Bolzano announced this week that he had examined the contents of the stomach of Ötzi the Iceman, the popular nickname given to a 5,300-year-old mummy found frozen in a European glacier in 1991, and discovered traces of fibers of mountain goat meat that was raw and dry-cured instead of grilled or cooked. That dried, fatty meat was a form of speck, which also goes by the more gourmet Italian name “prosciutto crudo” or uncooked dry-cured ham. 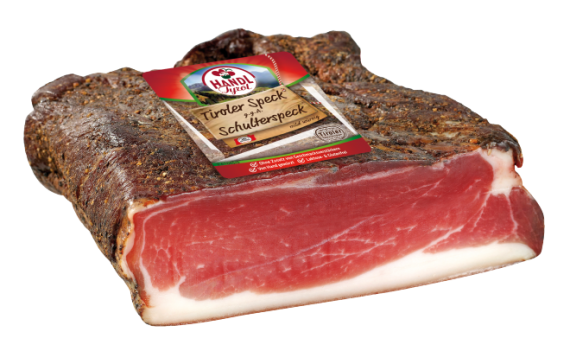 This is big news, and not just for bacon lovers. Previous research put the development of dry-curing meat in ancient Greece or Persia about 2,500 years ago. it appears that the ancestors of Italians located on the South Tyrolean side of the Alps where Ötzi was walking figured out the right combination of spices, salts, meats, smoking and time at least 2,500 years earlier.

Zink announced his findings at a conference last week in Vienna, Austria (hopefully after a big breakfast of bacon) and will be publishing them soon. He explained that the key to identifying the meat was in the nanoscopic meat fibers found in Ötzi’s stomach that were too tough to have been cooked, indicating they were dried – mostly likely from a goat – and were carried by Ötzi for eating since he didn’t have a spear or hunting tools.

Did the bacon contribute to Ötzi’s death? It appears that he was murdered – did another Copper Age European smell the bacon and kill him for it? Eating the bacon may also have contributed to the ulcers that most likely gave him stomach aches.

Is this proof that prehistoric man was willing to put up with pain and perhaps even die for bacon? We’ll have to wait for the peer-reviewed of Zink’s research 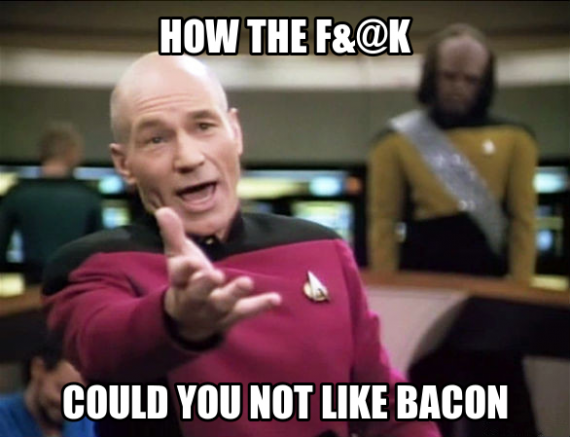