He may not be the world’s most interesting man and, other than his government identification card, he has no proof that he’s the world’s oldest man – not even a newspaper announcement or a report card. But that didn’t stop Saparman Sodimejo, also known as Mbah Gotho, from recently celebrating the 146th anniversary of the date he claims he was born on … December 31, 1870.

At 146, this puts this Indonesian super-senior citizen ahead of Feroz-ud-Din Mir, an Indian man who had a birth certificate (not officially verified) showing he was born on March 10, 1872, when he died in 2014 at the alleged age of 142. Gotho doesn’t have a birth certificate but he underwent an extensive investigation in 2014 by Heru Wahyudi, the Head of Archives and Documentation of Sragen in Eastern Java. 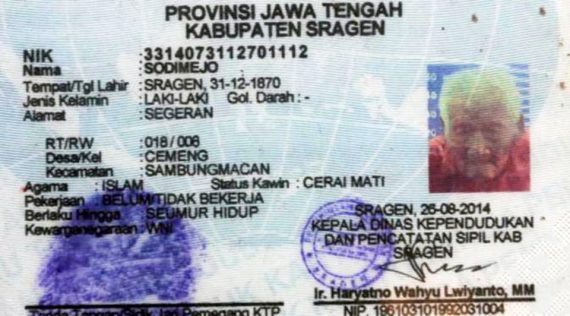 According to Heru, Gotho clearly remembers the construction of the Sugar Factory Kedung Bull in Gondang Sragen in 1880 when he was 10 years old. Somehow he remembers that particular 136-year-old event and not other significant incidents in 1880 like the patenting of the first cash register, the first run of an electric railway or the first circus by Barnum & Bailey.

While that’s enough proof for the Head of Archives and Documentation, it doesn’t impress Robert Young of the Gerontology Research Group, a global organization of researchers that verifies and tracks supercentenarians - people who are at least 110 years old – and is recognized as one of the world’s leading authorities on supercentenarians by Guinness World Records. Young says Gotho’s age claim is complete fiction.

It belongs in the same category as Sasquatch (Bigfoot), the Yeti, and the Loch Ness Monster. Unbelievable.

There’s no reason to drag Bigfoot and Nessie into this, Mr. Young. Just point out that the current oldest living person verified by GRG is Italy’s Emma Morano at 117, and the oldest person ever verified was France’s Jeanne Calment, who died at the age of 122 in 1997. Mr. Gotho’s claim to be over 20 years older than them is farfetched, but perhaps you should spend your time developing better age-verification techniques that disparaging innocent cryptids. 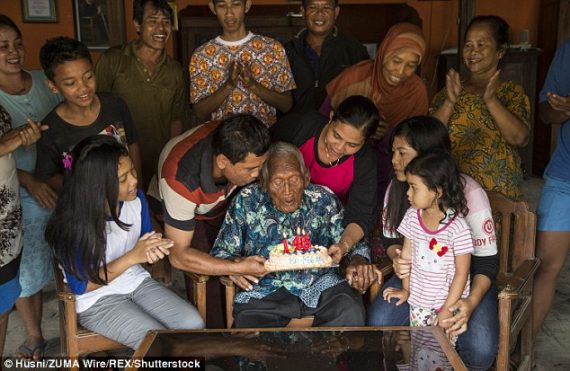 In any case, it’s nice to see someone who appears to be as old as Mbah Gotho still getting around and blowing out his own ‘146’ candle.

UFO Hotspot Has Another Mass Sighting