Next to the fire-breathing dragon, it is China’s most famous, legendary monster: the Yeren. It's a huge, unidentified ape that almost certainly – in terms of its close proximity – has connections to the Abominable Snowman of the Himalayas. While Yeren have been seen in a number of areas of China, certainly the one area – more than any other – that is a hotbed for sightings is Hubei, a province located in central China. It’s a vast place dominated by numerous mountains – including the Daba Mountains and the Wudang Mountains – and the Jianghang Plain. Hubei is also a province through which flows the massive, near-4,000-mile-long Yangtze River.

It is specifically the western portion of Hubei in which the Yeren has been spotted – an area noted for its dense forest and treacherous mountains. As for what the Yerens are, that is the big question. At the top of the list is Gigantopithecus, a massive and presumed extinct ape that certainly inhabited China hundreds of thousands of years ago – and which, perhaps, may not be quite so extinct, after all. Coming in at a close second is the theory that the animal represent some form of huge, and unacknowledged, Orangutan. 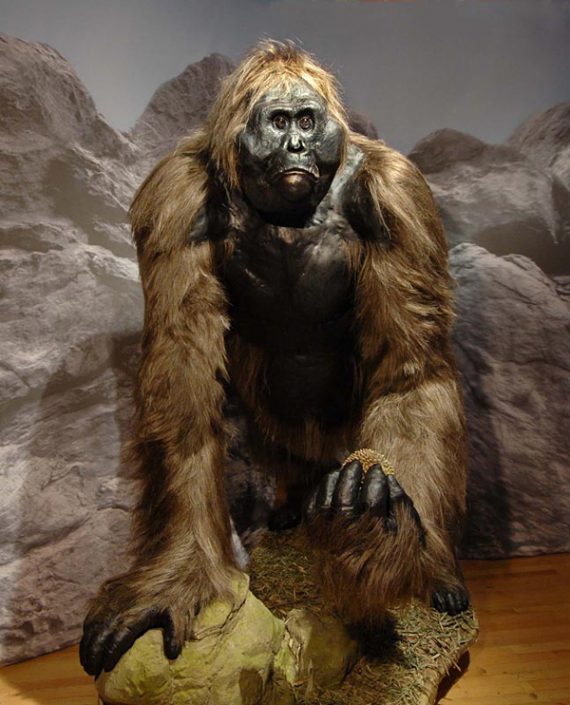 Interestingly, just like Bigfoot in the United States, the Yeren comes in a variety of colors. Its hair has been described as red, brown, and even – on a few occasions – black. As for its height, while most reports describe creatures of around the average height of an adult human male to about eight feet, there are a number of cases involving colossal mountain monsters in excess of ten feet. Despite their imposing appearances, however, the Yeren are said to be relatively placid, quiet creatures that shun humankind.

Sightings of the Yeren cannot be blamed upon hype born out of the fascination for Bigfoot. That much is made abundantly clear by the fact that reports of these immense animals have been reported for centuries. A translated, 17th century document from Hubei notes: “In the remote mountains of Fangxian County, there are rock caves, in which live hairy men as tall as three meters. They often come down to hunt dogs and chickens in the villages. They fight with whoever resists.” Of course, the final comment, about the creatures being prone to violence, suggests that if, one day, you are confronted by a Yeren, do not assume it’s as docile as many cryptozoologists claim it to be! Also, the reference to the Yeren’s hunting dogs adds weight to the notion that dogs and Bigfoot are hardly on friendly terms – as we have seen previously.

The evidence for the existence of the Yeren in more recent years is equally impressive. In 1940, it’s said that the body of a dead Yeren turned up in Gansu. Female and over six feet in height, it was examined by a biologist named Wang Tselin, who was a graduate of the Faculty of Biology at Chicago. Interestingly, Tselin was unable to figure out if the beast was some form of ape, a primitive human, or something that was an odd combination of both.

In Tselin’s own words: “Around September or October, we were traveling from Baoji to Tianshui via Jiangluo City; our car was between Jiangluo City and Niangniang Plain when we suddenly heard gunshots ahead of us. When the car reached the crowd that surrounded the gunman, all of us got down to satisfy our curiosity. We could see that the ‘wildman’ was already shot dead and laid on the roadside.

“The body was still supple and the stature very tall, approximately 2 meters. The whole body was covered with a coat of thick greyish-red hair which was very dense. Since it was lying face-down, the more inquisitive of the passengers turned the body over to have a better look. It turned out to be a mother with a large pair of breasts, the nipples being very red as if it had recently given birth. The hair on the face was shorter. The face was narrow with deep-set eyes, while the cheek bones and lips jutted out. The scalp hair was roughly one chi long and untidy. The appearance was very similar to the plaster model of a female Peking Man. However, its hair seemed to be longer and thicker than that of the ape-man model. It was ugly because of the protruding lips.

“According to the locals, there were two of them, probably one male and the other female. They had been in that area for over a month. The ‘wildmen’ had great strength, frequently stood erect and were very tall. They were brisk in walking and could move as rapidly uphill as on the plain. As such, ordinary folks could not catch up with them. They did not have a language and could only howl.” 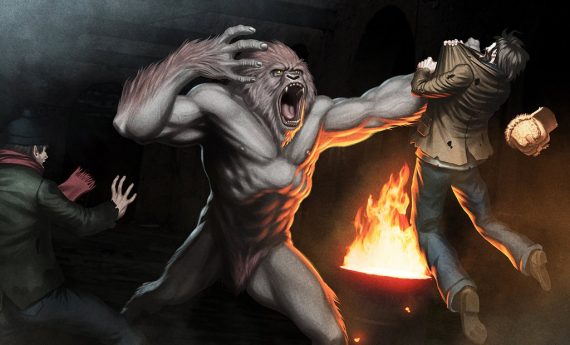 Moving onto the 1970s, and specifically May 1976, there is a fascinating story of a number of government personnel – all based at Hubei – who, as they drove along a stretch of road dominated by thick woods in the early, pre-dawn hours, came face to face with a Yeren. In its haste to escape from the approaching jeep, the red-haired creature raced up a slope, but lost its footing and tumbled onto the road, landing right in front of the shocked group. Reportedly, the animal did not rear up onto its legs, but took a crouching stance – perhaps intended to intimidate the group by provoking fear it was about to lunge at them. Fortunately, that did not happen. What did happen is that the beast raced off, yet again – after one of the men hurled a stone in its direction. Although the creature had undeniable physical traits of an ape, its eyes were described as being eerily human-like, displaying intelligence and inquisitiveness.

As sightings of the creatures continued to be reported in the 1970s, and then into the 1980s, the Chinese Academy of Sciences got in on the act, and established an ambitious program to try and resolve the mystery of the Yeren, once and for all. It was no easy task, and no hard, undeniable evidence ever surfaced. That’s not to say there was a shortage of credible witness testimony, however: the reports poured in. One such witness said to the academy of their encounter with a Yeren, as monster-hunter Ken Gerhard notes in his book, A Menagerie of Mysterious Beasts:

“He was about seven feet tall, with shoulders wider than a man’s, a sloping forehead, deep-set eyes and a bulbous nose with slightly upturned nostrils. He had sunken cheeks, ears like a man’s but bigger, and round eyes, and also bigger than a man’s. His jaw jutted out and he had protruding lips. His front teeth were as broad as a horse’s. His eyes were black. His hair was dark brown, more than a foot long and hung loosely over his shoulders. His whole face, except for the nose and ears, was covered with short hairs. His arms hung below his knees.”

Moving onto the 1990s, as monster authority Brad Steiger notes: “In October 1994, the Chinese government established the Committee for the Search for Strange and Rare Creatures, including among its members specialists in vertebrate paleontology and paleoanthropology. A loose consensus among interested members from the Chinese Academy of Sciences maintains that the Yeren are some species of unknown primates.”

Today, the search for the Yeren continues in China, in much the same way that Bigfoot is sought in the United States and the Yowie in Australia.