What are you feeding your hamster? Go ahead and check … I’ll wait. If you don’t have a hamster, start feeling grateful now.

Hamster owners back? Most hamster pellets contain a variety of wheat, corn and seeds. Hamsters in the wild (in Turkey, Syria, Russia, Siberia, Mongolia and parts of Europe) go for seeds, nuts, fruits, vegetables, worms and whatever they can find in farm fields. That may be a problem, according to a new study of French hamsters which found that one particular crop, when fed to hamsters with no other foods, turned them into raging cannibals that ate their own pups … alive!

Females stored their pups with their hoards of maize before eating them. Pups were still alive at that time.

Maize! Or as we call it in the U.S., Doritos! Actually, maize is the preferred name for corn outside of the U.S., New Zealand and Australia. In France, just like in the U.S. and other countries reliant on industrial agriculture and filled with humans raised on high fructose corn syrup and other corn products, the dominant crop is maize. 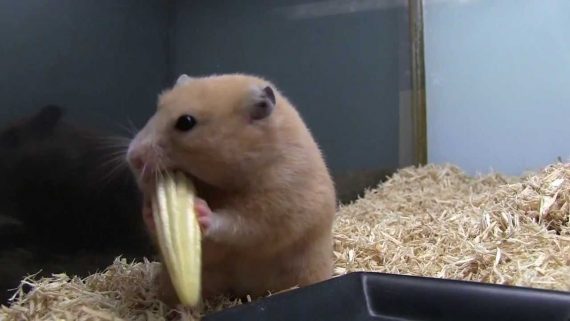 According to a study published in the journal Proceedings of the Royal Society of London B, researchers were concerned that the wild European hamster (Cricetus cricetus) was becoming critically endangered. After eliminating the usual predators and human encroachment destroying their habitats, Mathilde Tissier at the University of Strasbourg and her team looked at the fields of corn where hamsters burrow and decided to study its effect.

What they found was horrific. Wild hamsters were fed either wheat or corn-based diets with equal nutritional values. While four-fifths of the pups born to wheat-eaters survived past weaning, only five percent of the pups of corn eaters lived to run on a wheel. The rest were eaten alive by their cannibalistic mothers.

It gets worse. The researchers observed the monster hamster mothers running in circles, and “climbing and pounding their feeders.” Their tongues were dark and swollen and their blood was sometimes too thick to draw into needles.

For those not up on their medical knowledge, those symptoms in humans are signs of a vitamin B3 (niacin) deficiency which results in a condition known as pellagra. What causes pellagra and its associated behaviors?

Improperly cooked maize-based diets have been associated with higher rates of homicide, suicide and cannibalism in humans.

And in hamsters. Adding B3 to their maize-based diet eliminated the corny cannibalism, demented behavior, dark tongues and other symptoms, just like adding niacin to foods eliminated pellagra in humans. 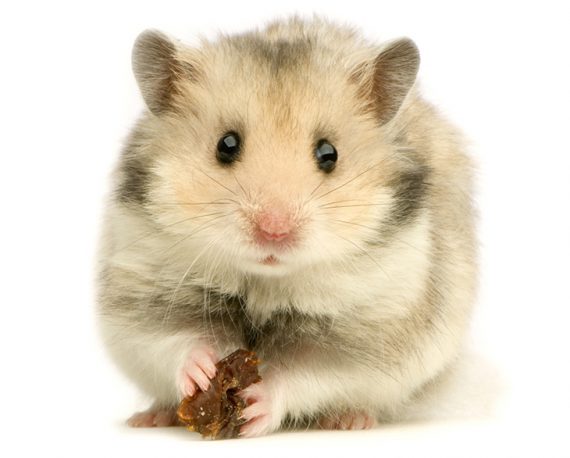 Is the solution more B3 in hamster pellets strewn where the wild ones roam? The researchers have a better idea.

Knowing that these species already face many threats, and that most of them are in danger of extinction, it is urgent to restore a diverse range of plants in agriculture schemes.

Is this just a good horror movie premise or the frightening future of corn-eating humans?

(No hamsters were harmed in the making of this article.)

Prehistoric Alien-Looking Bug Unlike Any Known Life on Earth