Was this an astral warning that something was about to happen to Princess Leia? On the night of December 25th, 2016, people in Sweden heard an eerie sound coming from the skies … a sound that reached the ground and continued traveling through the overhead power lines … a sound that reminded them of one created by a Star Wars blaster, the favorite weapon used in the iconic movie series. Two days later, Carrie Fisher – the actress who played Princess Leia – passed away.

On Christmas Night 2016, I was standing beneath an intense display of auroras in Abisko, Sweden, when I heard something that sounded like Star Wars blasters. Other bystanders heard it, too. I rushed closer to the power lines and was able to record a sample using my iPhone.

Lapland tour guide and photographer Oliver Wright was enjoying a natural Christmas lights display in the sky when the sounds hit his ears. He recognized them because he’s heard them three times before. As in the past, Wright found that the sounds intensified when the aurora lights brightened and were picked up by the power lines.

The sounds grew louder as I approached the power lines, and fainter as I moved away. 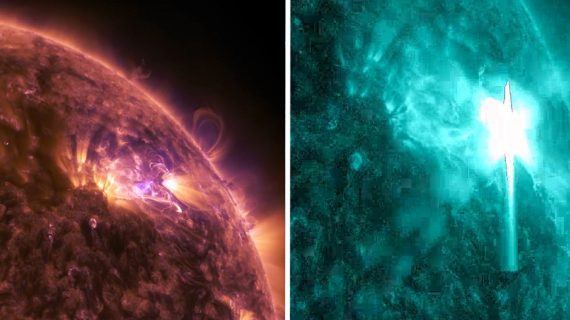 Northern lights experts say the sounds Wright and others heard started with a solar flare that hit the Earth very close to the winter solstice and is expected to blast the planet and create geomagnetic storms into the new year. Those storms were intense over Abisko on Christmas night, creating the aurora they were watching. Did it create the sounds too?

While some scientists doubt the existence of so-called aurora sounds, others believe those who report strange noises such as crackling, hissing or clapping. One theory is that strong geomagnetic storms can break down the separation of positive and negative ions in the atmosphere, causing layers in it to clap together. 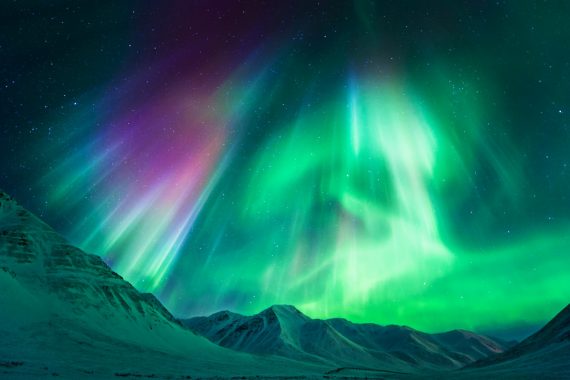 But Wright distinctly said the mysterious sounds he heard and recorded were more like the bursts of Star Wars blasters. They may have been the result of a phenomenon known as electrophonic transduction. When the strong electromagnetic energy hit the power lines, it caused equally strong currents to flow through them … currents so strong that they shook the lines, making the air around them vibrate and cause the eerie sounds.

Or perhaps it really was a heavenly call to Princess Leia. You’ll get no disagreement from Oliver Wright.

This discussion feels poignant with the passing of Carrie Fisher as she was my childhood love and the sound is very reminiscent of Star Wars.