Tequila Helps Save a Bat Species From Extinction

The U.S. Fish and Wildlife Service proposed last week to remove the lesser long-nosed bat from the endangered species list where it has been since researchers found only 1,000 of them in the wild. After 30 years of conservation efforts by biologists and tequila makers, there are now 200,000 of them and their numbers and roost sites are expanding throughout Arizona, New Mexico and northern Mexico.

Why were tequila makers involved in this conservation effort? Tequila comes from the blue agave plant which flowers only once in its 8-to-14 year lifespan. When the flower blooms, its scent attracts lesser long-nosed bats, the only creature that pollinates blue agave. Once the flower dies, so does the plant. 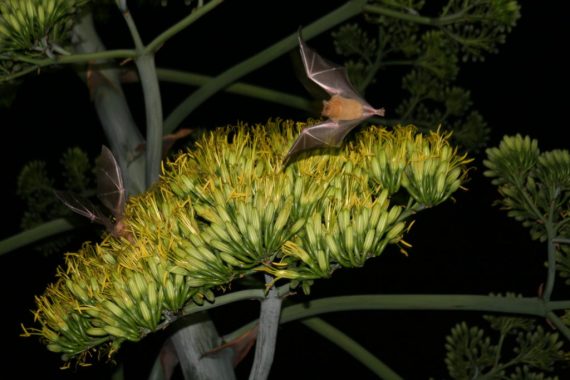 What’s the problem? The blue agave nectar which is the main ingredient in tequila is at its peak right before the plant flowers, so farmers would harvest the plants before they bloomed. Wouldn’t this mean that the plants never had sex and would eventually die out? Good question - you obviously haven’t had too much tequila yet. The farmers use cloning to create new blue agave plants. While this works, it destroys the genetic benefits of cross-pollination and weakens the quality of the nectar. Oh, and it takes away the lesser long-nosed bat’s reason for living.

Enter the tequila industry – specifically, the tequila industry in Mexico where the government mandates that all spirits labeled as tequila must come from the blue agave plant exclusively (America tequilas can be only part blue agave and mescal can be distilled from any type of agave). Mexican blue agave farmers were persuaded to set aside parts of their fields for blossoming blue agave and were informed on how to attract and feed lesser long-nosed bats to the area so that they’re ready to spread the pollen.

To convince farmers and tequila companies to make this investment, the nonprofit Tequila Interchange Project was set up to certify bat-friendly tequilas, which are generally made by low-volume producers. That should change with the announcement that drinking bat-friendly tequila is an easy way to help a species stay off of the endangered species list. Perhaps it will also persuade American tequila makers and blue agave farmers to go bat-friendly.

Need one more reason to drink bat-friendly tequila? Blue agave tequila is much smoother than the American blends that forced drinkers to kill the taste with lime and salt. Sipping bat-friendly tequila will help you appreciate the spirit and not get drunk so fast. 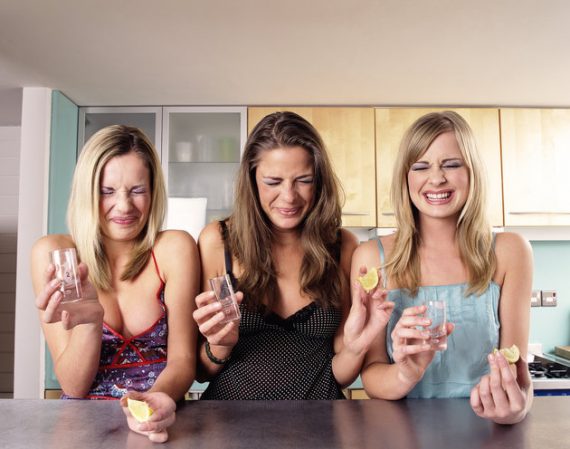 Anonymous Has a Message For Famous Bilderberg Group: “We’re Watching You”