The Creepiest Cat of All?

The phenomenon of were-cats – people who are said to have the ability to transform themselves into cat-like creatures, and cats that have the ability to change their forms – is widespread. Tales of the creatures can be found in such diverse locations as Europe, Asia, Latin America, and Africa. I have collected a number of notable cases from the United Kingdom. One such case, a particularly memorable and weird one, came from Peter Conway. He is a now-retired fireman who encountered just such a creature on a bright, summer morning in 1978, and who I met in Exeter, England in the summer of 2001. At the time, Peter was living in Exwick, which is a town in the English county of Devon, and which is noted for its long history of encounters with phantom black dogs. To what extent that is relevant (if at all) is a matter of debate, but it is intriguing.

According to Peter, on the day in question he was out walking with his spaniel dog, Sammy, on the Haldon Hills, which provide an expansive view of the area, including the nearby city of Exeter. As Peter and Sammy took a pleasant walk through the hills they found themselves confronted by a very strange animal. It was Sammy who alerted Peter to the fact that something weird was about to go down. As they pair took their daily stroll, Sammy suddenly came to a complete halt and began to growl. It was clear she had picked up on something strange. At first, Peter thought that perhaps she had picked up the scent of a rabbit or a fox – although, as Peter admitted, Sammy had not reacted like that before when rabbits were around. 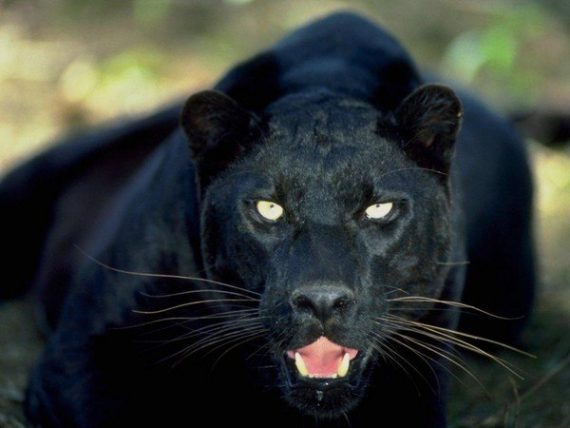 In seconds, the cause of Sammy’s behavior became apparent: around fifty or sixty feet away a large black animal rose out of the deep grass. At first Peter assumed it was a black Labrador. It was not. In mere seconds, Peter realized that what was walking towards him and his faithful pet was a large black cat that resembled a mountain lion. Sammy whimpered and Peter’s heart thumped. When the animal reached a point around twenty feet from the terrified pair, something happened that provoked even more terror: the huge cat rose up onto its back legs; they were legs which appeared to physically change as it transformed from a four-legged animal to a bipedal one. But, that was not the weirdest part of the story.

As Peter looked on, pretty much frozen to the spot with fear, the face of the cat began to change and took on a malevolent, human-like appearance. A strange and sinister grin dominated the face, as the beast did nothing more than stand and stare at Peter and Sammy. Peter told me it was the terrible grin that finally made him realize that it was time to leave – as in immediately. As Sammy was only four months old at the time, it was easy for Peter to scoop her up, under his arm and get the hell off the hills. He looked back twice: on the first occasion the cat-human was standing just as it had been thirty seconds or so earlier. On the second look, however, it was gone. By Peter’s own admission, he and Sammy did not take another walk on the Haldon Hills for around three months. 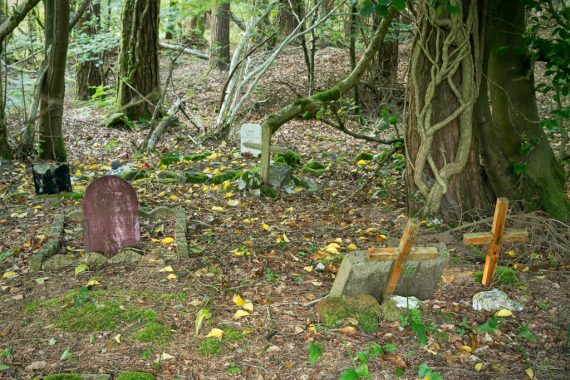 It may not be a coincidence that in 1996, the Devon, England based Center for Fortean Zoology investigated a wave of sightings of a strange, large animal on the Haldon Hills. The CFZ's Jon Downes related the facts in his 2004 book, Monster Hunter. Most of the encounters occurred in the vicinity of an old pet cemetery housing the remains of numerous, beloved, long gone old friends. Downes did not solve the mystery, but he did come away from the investigation fully convinced that the Haldon Hills were home to something dangerous and predatory. Peter’s were-cat? Don’t bet against it.