The Strange Powers and Amazing Potential of Earwax

Many great discoveries start with an accident or an event that would seem to have no potential to be the origin of the next great thing. This is the story of one of them.

Alexis Noel was a doctoral student at the Georgia Institute of Technology when her boyfriend complained of water getting trapped in his ear while on a diving vacation. A trip to the ER identified the problem as a big blob of earwax blocking his ear canal. Like any good doctoral student, Alexis promptly forgot about it and went back to working on her dissertation.

A couple years later I was reminiscing and thought: why would it block the water like that? And it just started this snowball effect of me and David [Hu] just asking questions about earwax and how it works.

Who reminisces about earwax? Good scientists, that’s who. Also, people named Hu. David Hu runs a lab at Georgia Institute of Technology where Alexis and some colleagues began experimenting on earwax (which might explain a recent mysterious shortage in Atlanta of cotton swabs). 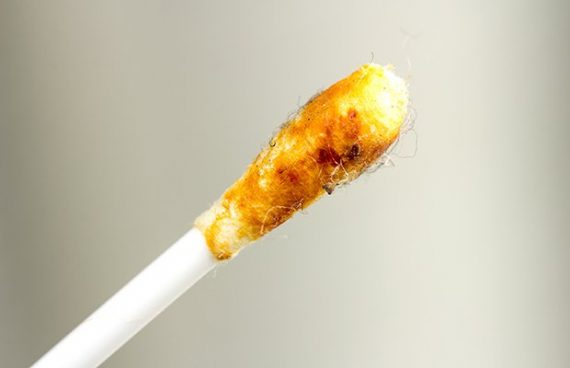 That orange stuff serves a useful purpose that Noel’s diving boyfriend should have been grateful for – its stickiness traps dust and debris from going deep into the ear canal and damaging or interfering with the workings of the inner ear. As it gets coated with crud, the earwax hardens so it can crumble, break down and (usually) fall out of the ear to make room for fresh wax.

Noel studied this process and determined that earwax is not an annoyance to be picked at but a non-Newtonian, shear-thinning fluid. That means its viscosity increases as force is applied to it. The wax sits in a thick, sticky, non-moving blob – perfect for catching foreign particles. Movement of the jaw creates vibrations (the force) that cause it to become thinner and flow easier, expanding its sticky surface. Eventually, the amount of dry particles hardens the wax until it’s no longer viscous (think dough with too much flour added), making it crumble and fall out due to jaw movement, gravity or probing swabs (always check with your doctor first). 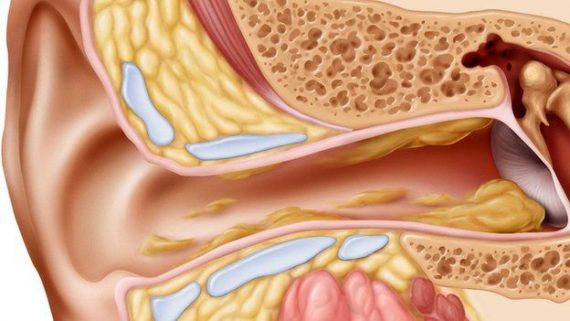 Where could a non-Newtonian, shear-thinning fluid like earwax be useful? On robots and machinery operating in dusty environments where lubricating oil breaks down too quickly. In harsh environments where mechanical lubricants are scarce but humans with ears and swabs are readily available. Does this sound like Mars?

Obviously you're not going to have earwax sitting on a Mars rover to protect it from dust. We are still trying to understand what is earwax and how does it work the way it works. And once we really understand that we can start applying it [to new technology].

If anyone can figure out how to synthesize earwax and create a new protective substance for mechanical equipment operating in harsh environments, it’s Alexis Noel. Prior to her presentation on the sticky substance at the 2017 annual meeting of the Society for Integrative and Comparative Biology, she released her new study on cat tongues and how the tiny flexible hooks on them could inspire cleaning brushes for medical applications.

If her ideas end up becoming successful products, will her boyfriend demand half of the profits? How about her cat?