UFO Over Washington DC and Reptilian at Inauguration

Hot on the heels of the video of what looks like two different UFO’s flying near then president-elect Donald Trump’s plane on the day before his inauguration comes two new reports of strange inauguration-related sightings. Another video allegedly taken the same day (January 19th, 2017) shows an interview with what looks like a cigar-shaped UFO flying over the Capitol Building where the inauguration was held. But the best one appeared a day later when sharp-eyed watchers of the inaugural parade spotted what they believed to be a shape-shifting reptilian Secret Service agent. If that sounds familiar, it’s because there was a report in 2012 of a shape-shifting reptilian Secret Service agent guarding President Obama who looked very similar to this one.

The UFO video was broadcast by the CTV Television Network and shows what appears to be an interview about the inauguration conducted on January 19th, 2017, according to the date displayed on the screen. There’s no sound in the segments provided by the UFOvni Youtube channel, which spotted the UFO. While there is an allusion to the video being deleted, it appears to be readily available, although the UFOvni version seems to be the only one. The fast-moving object doesn’t become much clearer under magnification or in slow-motion so its cause is open for speculation.

The video of the alleged reptilian Secret Service agent is more interesting, especially because of its historical implications. Two things are pointed out in most accounts of this scene during a short time when the president-elect and his wife stepped out of their limo to walk in the pre-inaurguration parade. One is that the bald agent behind Mrs. Trump seems to have unusually long fingers and that his hands never move from the odd position he’s holding them in. One though is that they’re fake hand and arms and his real ones are under his coat holding a weapon. 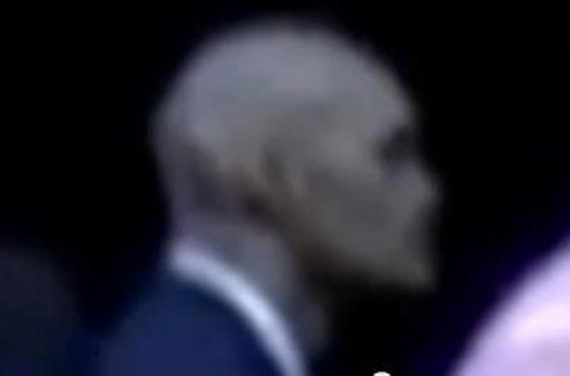 That would make sense if it weren’t for the other observation by many that this agent strongly resembles another bald agent who was seen guarding President Obama while he spoke at the 2012 AIPAC (American Israel Public Affairs Committee) conference. In the video, the agent’s face and nose appear to change shape slightly with one of his ears seeming to disappear. Skeptics point out that the agent is in shadows (like a smart reptilian would be) and the lighting and camera angles make some of the shots distorted, while he looks normal (human) in others. 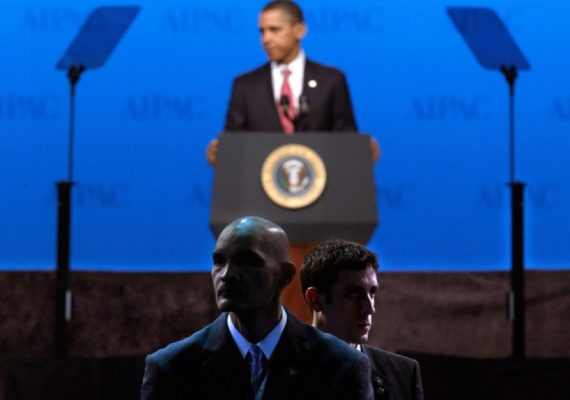 There was enough attention given to this video that Caitlin Hayden, the chief spokeswoman for the National Security Council, issued a statement:

I can’t confirm the claims made in this video, but any alleged program to guard the president with aliens or robots would likely have to be scaled back or eliminated in the sequester. I’d refer you to the Secret Service or Area 51 for more details.

Whether you believe the UFOs and reptilian agents are real or anomalies, President Trump has had multiple encounters in just a few days in office. Is this what we should expect during his entire term?