Vampire Bats Caught Feeding on Humans for the First Time

Pity the poor Brazilian hairy-legged vampire bats. Their three least-appealing characteristics are in their name. First, they’re bats – one of the most hated and misunderstood yet beneficial creatures on Earth. Second, there’s the hairy legs, which humans dislike in their own species so they transfer the feeling to bats that don’t care and have no razors nor hands nor foam to shave them with anyway. Third, there’s the vampire issue. Sure, they drink blood, but only the blood of birds. Isn’t it time we cut them some slack?

A new study published in the journal Acta Chiropterologica reveals that – for the first time ever - researchers in Brazil discovered traces of human blood in DNA extracted from the feces of hairy-legged vampire bats (Diphylla ecaudata). The human-blood-tainted feces came from a colony of vampire bats in Catimbau National Park in northeast Brazil. Why are these bats switching from birds to Brazilians? Here’s an answer from Enrico Bernard, researcher from the Federal University of Pernambuco in Recife, Brazil.

They are adapting to their environment and exploiting the new resources.

That’s a nice way of saying the bats are losing their habitat to human encroachment and getting even. In a park? Unfortunately, yes. Catimbau National Park has humans living in it and the researchers are now looking for people there who may have been victims of the bats. They want to find out how the bats may have entered their homes and also treat them for possible rabies infections. 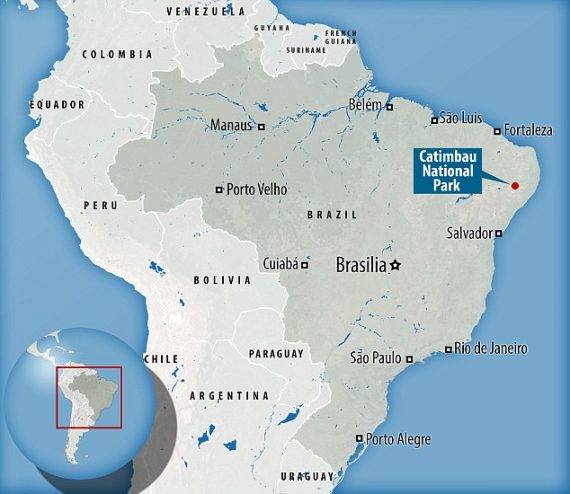 Give the hairy-legged vampire bats some credit – they didn’t go directly from bird blood to O-negative. The researchers found that many of the bats had switched from their favorite birds - guans and tinamous – to less tasty chickens which are also abundant because of human encroachment.

That’s not the case anymore. Now that they know this colony has a taste for human blood, the researchers will study them to determine how they’ve changed to be able to digest it. At the same time, they’re trying to educate the public on the dangers of rabies and bat-borne parasites, teach them how to find and plug the holes where the bats are entering their homes and working to restore bird habitats so the bats go back to what they really like.

This is what happens when you make fun of creatures for their hairy legs.