Mauritius is an island, and there is no rock older than 9 million years old on the island. However, by studying the rocks on the island, we have found zircons that are as old as 3 billion years.

Lewis Ashwal, a professor and geologist at the University of the Witwatersrand, Johannesburg, in South Africa, revealed the discovery in a study published in Nature Communications. Since land mass is considered to be old while the ocean floor is young, he and his team were surprised to find such old rocks on a volcanic island that was so recently on the bottom of the ocean. As a result, their first discovery of zircon crystals on Mauritius in 2013 was met with suspicion – they could have been blown there from the mainland or brought on the shoes of a visitor. Follow-up expeditions found more zircons embedded in ancient 6-million-year-old trachyte rocks, removing the doubts.

What ‘lost continent’ did Ashwal and his team find? He believes it is a piece of the supercontinent Gondwana, which itself was a piece of the previous supercontinent Pangaea. Pangaea formed about 335 million years ago and was a solid mass of all of today’s continents. It broke into two parts about 175 million years ago: Laurasia, which held the beginnings of North America and Eurasia; and Gondwana, which contained today’s Antarctica, South America, Africa, Madagascar, Australia and the Arabian Peninsula and the Indian Subcontinent. 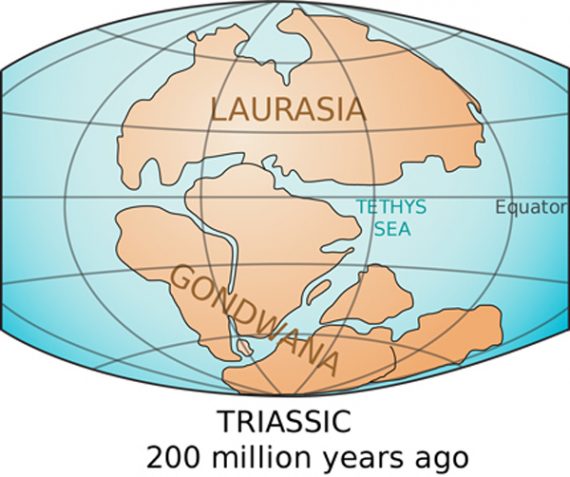 Ashwal says this new discovery indicates that at least one additional piece of Gondwana broke off and disappeared.

According to the new results, this breakup did not involve a simple splitting of the ancient supercontinent of Gondwana, but rather a complex splintering took place, with fragments of continental crust of variable sizes left adrift within the evolving Indian Ocean basin.

For now, the ‘lost continent’ is being called Mauritius after the island that island that led to its discovery. Mauritia is part of the Mascarene Islands volcanic chain, which contain rocks even older than Mauritia’s zircons. Michael Wiedenbeck, team member from the GFZ German Research Centre for Geosciences, knows what you’re thinking and he agrees.

Our study shows that the supposedly uniform oceanic crust is in fact quite heterogeneous. Most probably the oceanic crust holds many more pieces of ancient continental crust that are yet to be discovered. 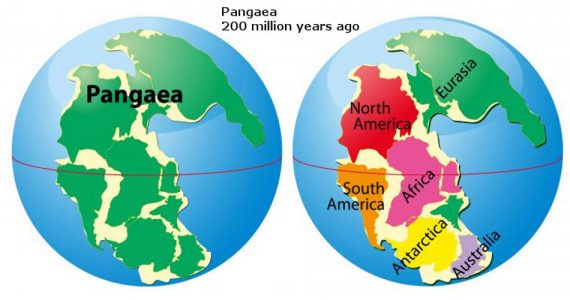 The movement of the continents continues today. While some researchers believe we’ll find more lost continents, others predict the current ones are heading towards smashing together into a new supercontinent.

Where will yours end up?

The Impact of Wikileaks on UFOs