Beached Whales are a Mystery and an Explosive Danger

What’s worse than 400 beached whales? How about 400 dead beached whales that must be cut open before they explode and harm beachgoers? That’s the situation in New Zealand where marine biologists trying to determine why so many whales (over 600) became stranded and rescuers trying to push live ones back out to sea are being trampled on by brave workers cutting open the carcasses before the gas from decomposing builds up and they erupt in a messy and sometimes dangerous explosion. 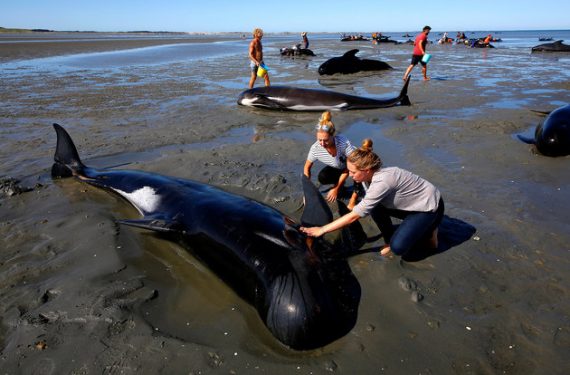 The problem started on Thursday, February 9th, when pilot whales began to beach themselves en masse at Farewell Spit near Nelson, New Zealand. In what experts call one of the worst whale strandings in New Zealand history, over 300 were already dead on the beach when they were found. The New Zealand Department of Conservation said another 50 were pushed back to the sea alive but 80 more beached themselves in the meantime.

The situation was both better and worse the following day. Another 200 whales stranded themselves at night, which is the worst time because they panic - making it dangerous for rescuers to get near them – and excrete dangerous fluids – making it risky for rescuers to touch them. Fortunately, when the volunteers returned the following morning, all but 17 of the stranded whales had swum back out to sea.

However, the time for celebration was short-lived as the 400 carcasses still on the beach began to decompose. Volunteers wearing protective clothing and masks punctured the bodies with knives to release the gases and prevent explosions that could spread diseases as well as cause injuries with flying bones and large chunks of flesh. The DOC also erected fences around the carcasses to keep them from floating out to sea where they could end up in beachfront yards or interfering with boats. 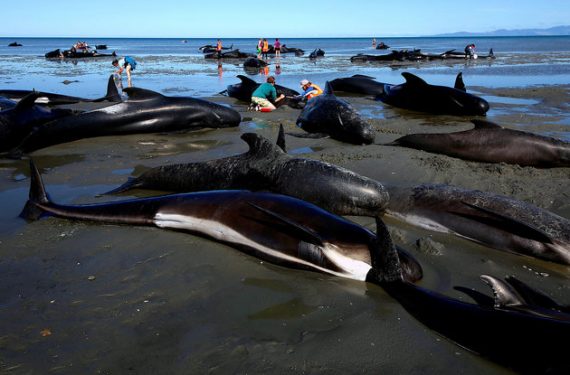 The cause of the mass pilot whale beaching is a mystery. Farewell Spit is a dangerous place for whales – its long coastline of gently sloping beaches is a known whale trap, but never in such large numbers. Theories on the cause range from injuries caused by sonar blasts (those seismic bursts that were also blamed by some for the recent earthquakes) or fishing nets, navigational problems or strong social bonding that caused the pilots to blindly follow a misguided pilot pilot. 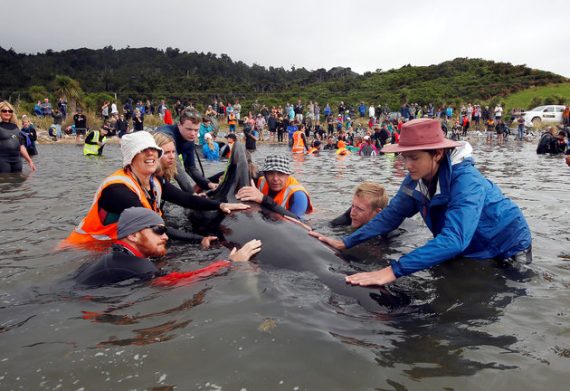 The nearly 700 whales that were stranded on Farewell Spit – including those that were pushed back to sea alive – is the third-largest total since the 1800s and the largest since 1985. Is it just a fluke caused by the shallow waters and soft sand of the ironically-named Farewell Spit or is it a warning of something ominous happening on the ocean floor?

New Search Begins for the Ark of the Covenant