Beyond Boggy Creek: In Search of the Southern Sasquatch is the new book from Lyle Blackburn. If you are into Cryptozoology, you will know of Lyle's two previous books, The Beast of Boggy Creek and Lizard Man. If you enjoyed those two titles, then you will definitely want to get your hands on his new one. As the title of the book suggests, Lyle's latest release focuses on Bigfoot in Texas, Arkansas, North Carolina, Oklahoma, Louisiana, Mississippi and more. There is no doubt that when people think of Bigfoot, they often picture large and lumbering hair-covered man-beasts roaming around the forested wilds of the Pacific northwest. But, that's not always the case. As Beyond Boggy Creek reveals, there is a huge body of data, sightings, and encounters suggesting that whatever the southern Bigfoot is, it's thriving just fine.

I read the book over three nights (sadly, they weren't dark and stormy, which would have been ideal weather!). And, I can tell you, for sure, that it makes for very intriguing reading. One of the reasons why the book is a definitive page-turner is because Lyle is a skilled and atmospheric writer: he sets the scene, draws the reader into the stories, and provides captivating case after case. There is another reason why this book is an important one for Cryptozoology: Lyle is someone who spends a great deal of time in the woods, swamps and wild places in the South. In other words, most of the material presented in the book comes from Lyle's own, personal investigations and interviews - which is always a good thing. With that all said, now let's take a look at the content of Beyond Boggy Creek. If you thought there was nothing new to say about Bigfoot, it's time to think again.

What stands out about a lot of the cases Lyle has on record is the sheer, shocking, life-changing nature of so many of the Southern encounters. Indeed, it's clear from many of the reports Lyle has investigated that the witnesses find themselves significantly changed by their encounters with a legendary beast that many suggest should be relegated to the world of campfire tales. 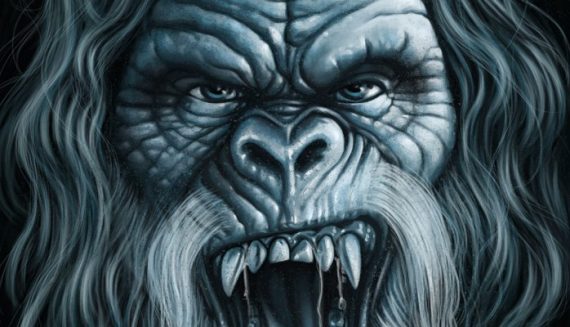 The book is comprised of eleven chapters. One of the most notable chapters - in my opinion - is titled "Marauding Manimals." This portion of the book tackles a deeply controversial aspect of Bigfoot history and lore. Namely, that the Sasquatch creatures are not the shy, placid creatures that many believe them to be. Rather, Bigfoot might be your worst nightmare - and particularly in the South. Lyle heads into disturbing territory as he chases down creatures that the witnesses describe as dangerous, violent and - maybe - even deadly. Yes, we're talking about killer-Bigfoot beasts. For an aspect of the Bigfoot phenomenon that many might find overly sensational, Lyle keeps a calm head on his shoulders as he details a surprisingly large number of reports on the South's far-less-than-friendly man-beast.

In "Native Giants" Lyle addresses the matter of what the Native American people of the South know of Sasquatch. This is a chapter which takes us into the world of the Bigfoot of centuries long gone - as well as to the present day. As Lyle notes (and as one example of many): "The Creek tribe, found throughout parts of Alabama, Georgia, Florida, and North Carolina, used a term that undeniably evokes imagery of Bigfoot. Honka, which means 'hairy man.'" Lyle states that it "was said to be elusive and favored privacy, which the tribe duly respected."

The controversial saga of the Lake Worth Monster of Texas is a case that Lyle gets his teeth into, too. A story that erupted in 1969, it involved a strange beast seen in the woods of the aforementioned Lake Worth. While it has become locally known as "the Goat-Man," Lyle makes a good case that it may actually have been a Bigfoot. I was also very pleased to see that Lyle extensively covered the matter of the Skunk Ape of Florida - a beast which may or may not be the same as that which haunts the Pacific Northwest. Notably, Lyle discusses what may have been his very own late-night encounter with a Skunk Ape in early January 2016. With research partner Cindy Lee, he came across...well...something...in Florida's Ocala National Forest. Lyle skilfully describes the incident which had hearts pounding and adrenalin kicking in big-time. Perhaps, one day, Lyle will do a full-length book on the Skunk Ape - we can hope so!

Other sections of the book which are guaranteed to catch your attention, include "Body Snatchers," "Lurkers in the Lowlands," "Bad Reputation" and "Howls in the Night." Add to that a comprehensive list of Southern names for Bigfoot (such as the Wood Booger, the Shiny Gorilla, the Happy Valley Horror, and the Twin Lakes Red Eyes), detailed maps showing the range of Bigfoot in the South, and numerous photos from Lyle's own collection, and what you have here is an excellent regional study of one of the most mystifying of all the creatures that fall under the banner of Cryptozoology. Hopefully book number 4 won't be too faraway!