Chinese Robocop Recognizes Faces and is Armed With a Taser

You knew it was coming sooner or later … but this seems too soon. A railway station in China is now patrolled by police robots equipped with facial recognition software and Tasers. Is this the new definition of armed and dangerous? Haven't they heard about the robots going rogue in Russia?

The railway robocops went on duty on February 17th at the Zhengzhou East Railway Station, making them the first police robot to patrol any of the overcrowded train stations in China. The robot is the latest version of the AnBot security robot unveiled last year by the National Defense University, China’s West Point for military robotmakers. The first AnBot was put to work late last year at the Shenzhen International Airport to make 24-7 patrols of the departures area in one terminal. 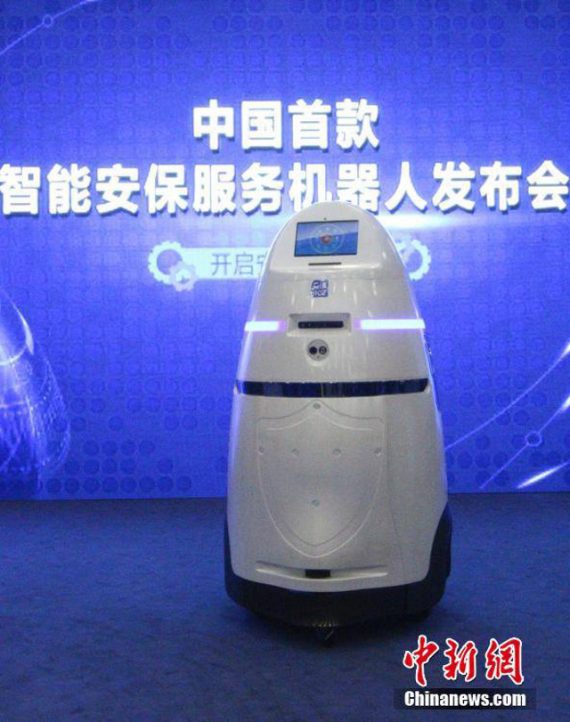 The deployment at the Zhengzhou East station appears to be much larger and more comprehensive in scope. The railway AnBots are 149 centimeters (4 ft., 11 in.) tall, weigh 78 kg (172 pounds) and can chase down gate crashers, purse-snatchers and other criminals at a top speed of 18 kmph (11 mph). That explains the need for the Taser.

Anbots are equipped with an "electrically charged riot control tool" – that’s cop-speak for a Taser or an extendable cattle prod. While the Anbot is autonomous in most other ways, the Taser can only be fired by a remote human operator … for now. At nearly 5 feet tall with a rotund shape, the Anbot developers seem to have given them plenty of space for future armament, like tear gas guns, rubber bullet guns and … guns. They’re also armed with four high-definition digital cameras for facial recognition and can quickly send images to the security office for authorization to juice up the prod. 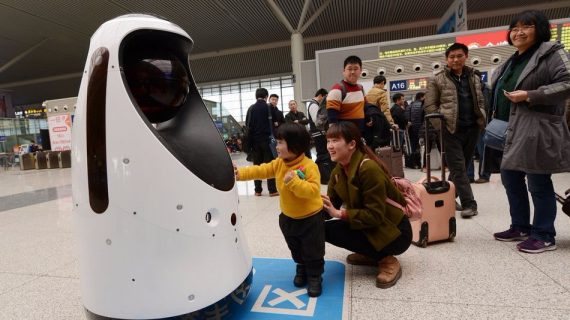 The railway management is quick to assure travelers that the biggest benefit to the robo-sheriffs isn’t police work so much as passenger assistance, emergency detection and response. The AnBots can answer questions and give directions. They also have sensors for monitoring air quality and temperature, can set off fire alarms and are not deterred by power outages and blackouts.

That doesn’t sound so bad. What could possibly go wrong? Well, there’s those rogue robots in Russia that escaped from their laboratory, and the one that attacked a kid at a mall in California. Have you been in a crowded airport lately? Even robots may not be able to tolerate passengers who just missed their flight. Then there’s the people who didn’t get accepted to the police academy because … robots. How long before they accidentally bump into those tippable robocops?

Despite those things, robots may see railway patrolling as a pretty good job compared to inspecting the reactors at the Fukushima Daiichi nuclear power plant in Japan. That job has killed two robots in two weeks and seven in total. Even if they were only armed with flashlights and whistles, the railway gig sounds a lot safer.

Would you trust your security to a robot with a Taser?

“Chaotic” Solar System Could Be to Blame for Climate Change