Dolphins Are Using Blowfish to Get High

If you had to predict which creature in the animal kingdom was most likely to get high like humans love to do, which one would you pick? Monkeys and apes are a good choice because they have hands to hold a joint, while pigs already have a nose for ‘shrooms. It turns out that dolphins like a little blow for their blowholes and even pass the drug around to their friends. Party on, Flipper!

Murdoch University researcher Krista Nicholson watches the dolphins (good work if you can get it) in the Peel-Harvey Estuary off the coast of Mandurah in southwestern Western Australia. She and other researchers recently reported instances of dolphins holding blowfish in their mouths, chewing on them and passing them around to other dolphins. This might seem like innocent play if it weren’t for the fact that blowfish or pufferfish are among the most toxic vertebrates in the world – as brave sushi lovers know.

It’s believed that the skin of the blowfish contains far less toxins than the deadly liver and other internal organs and dolphins mouthing blowfish have later been observed to be “Hanging around with their noses at the surface as if fascinated by their own reflection,” according to a BBC documentary, “Dolphins - Spy in the Pod.” While this sounds like a psychedelic trance, other researchers contend that the blowfish just gives dolphins some numbness and some think carrying around an inflated blowfish is just some sort of dolphinish water-polo-like play called “tossing a blowie.” 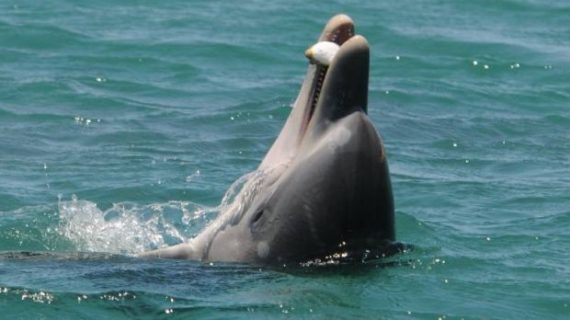 Nicholson goes with the dolphins-getting-numb-with-their-friends crowd, especially after observing young dolphins (you knew it would be the young ones) passing puffies – both normal and inflated – to their friends. A calf born in 2016 she named Huubster has been observed repeatedly tossing and chewing on blowfish.

Is the blowfish just another aquatic toy for dolphins to play with? They have been observed carrying seagrass and crabs in a similar manner, but they don’t seem to enter a trance afterwards and aren’t prone to passing the crabs to others (in a nonsexual way, of course). 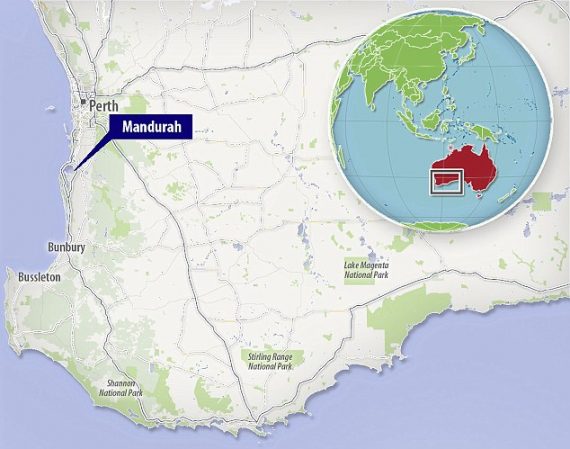 For now, Nicholson will continue to monitor Huubster and the blowfish along with his puffer-puffing friends on the beautiful coast of Mandurah. I wonder if they have any job openings?

Apparition of Jesus Appears In Sky